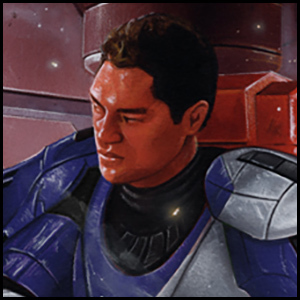 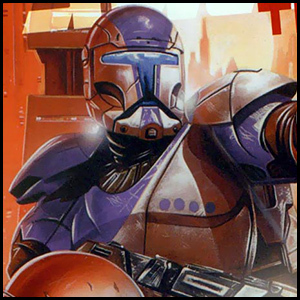 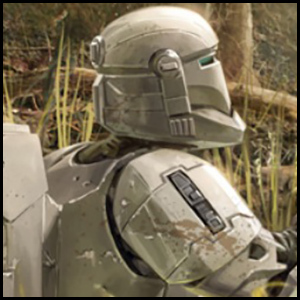 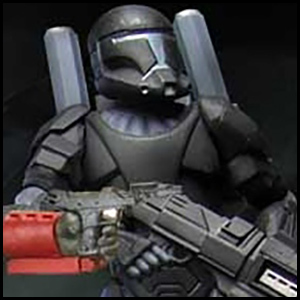 Appears in: Republic Commando Series | Omega Squad: Targets | Odds
"I can't think of a better time to die than when I'm no longer the best."
Fi 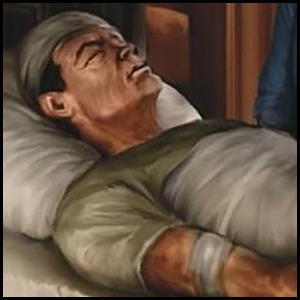 "I don't feel like a Republic citizen because none of us are." 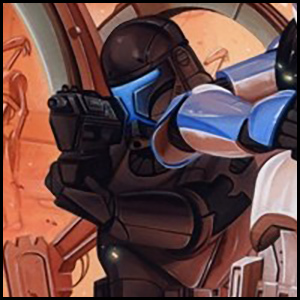 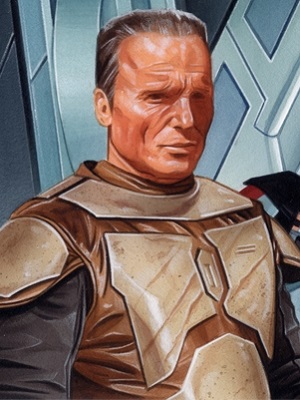 Appears in: Republic Commando Series
"The strong survive, the weak die. That's the way the galaxy works. The day we forgot that, we became everyone's lackey."

One of the seventy-five Mandalorian sergeants of the Cuy'val Dar. After their service on Kamino, he and Isabet Reau joined Death Watch.

Jango's older sister. During the Mandalorian Civil War, an attack on the Fett homestead by Death Watch resulted in the death of her parents, the disappearance (and subsequent adoption by Jaster Mereel) of her brother, and her abduction by Death Watch. 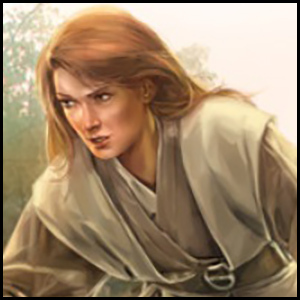 Appears in: Republic Commando Series | Oddsnote hologram only
"I was raised to believe I was a soldier for the light, defender of the oppressed, a righter of wrongs." 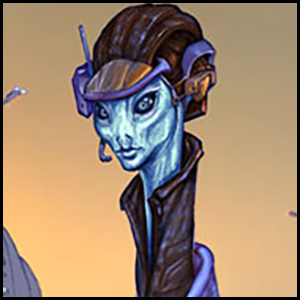 Having been genetically altered by Kaminoan scientists to survive long hyperspace journeys, this project was never carried out. As a side-effect of these alterations, she became Force-sensitive. Being ostracized by her people for lacking a purpose and being imperfect for being Force-sensitive, she left Kamino and was trained by rogue Jedi Master Kras'dokh. After Order 66, she sought refuge on Mandalore, but later joined the Altisian Jedi.

See her entry on the Star Wars – Rise of the Empire Era: Jedi Order character page. 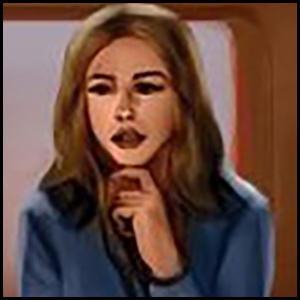 An agent of the Republic Treasury Audit Division. She worked closely with the clones and believed that they were being used as a "slave army" by the Republic. She and Ordo fell in love with each other.

A smuggler that helped transport refugees of the Clone Wars and deserters of the Republic Army.

The only daughter of Kal and Ilippi's three children. While her mother and siblings are estranged from her father, Ruusaan reached out to him.