WARNING: As is common with the Infinity series, a lot of these tropes are by their merely being listed next to characters here, spoileriffic. The worst cases are in a special Spoiler Characters folder that leaves all spoilers within it unmarked, but a lot of others still have major spoilers that are marked next to trope names that aren't. You have been warned.

"If there's a logical explanation for something, then I'll believe it, but if there isn't one, I... will choose the most romantic option."
Voiced by: Rika Morinaga 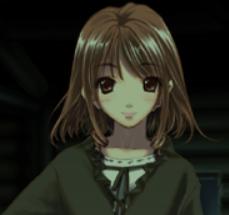 A 20-year old woman who studies psychology, more specifically mental illnesses. She wanted to travel to SPHIA to study Inubuchi Keiko, but after the plane crash stranded her in the mountain cabin, she is more concerned about keeping the other survivors alive. She frequently swaps bodies with Satoru, and as a direct consequence has to deal with his problems at SPHIA too.

"What's important isn't the result but the process. Just like it is with life."
Voiced by: Takehito Koyasu

A 21-year old amnesiac who might have been an employee at SPHIA. He doesn't really remember due to being shoved down the clock tower and losing all but a few key memories, and ever since he's trying to find out who is the one attempting to take his life.

He swaps bodies with Kokoro at irregular intervals, and has therefore also to deal with the situation in the mountain cabin.

"I like prime numbers, because they have two factors. Not one, not three... but two..."
Voiced by: Junko Minagawa 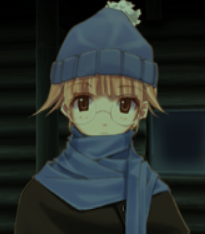 An 11-year old boy whom Kokoro met on the plane, and one of the survivors of the crash. Curiously enough, there's two of him: one in the mountain cabin (who continuously makes cryptic remarks about their situation), and one in SPHIA (a scared boy who nevertheless becomes friends with Hotori). 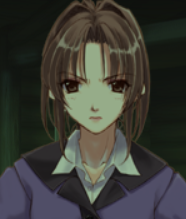 A 23-year old rich woman who survived the plane crash, as well as Satoru's former girlfriend. Is a court-appointed lawyer who occasionally quotes parts of the Japanese constitution to support her self-centered opinions.

"If there is meaning to human life, then there must be some sort of meaning to death as well. That's what I'd like to think."
Voiced by: Masashi Ebara 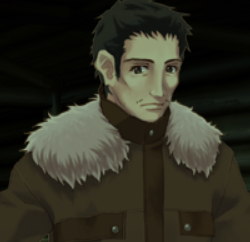 A 35-year old mountaineer and one of the survivors of the plane crash. It's through his expertise that the others could survive on the mountain.

"It's alright... no matter what happens, I'll definitely protect you."
Voiced by: Aya Hisakawa

A 27-year old woman who works as a therapist in SPHIA. and is responsible for the well-being of the people there. 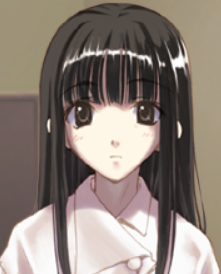 A 19-year old girl who has killed 12 people in a hospital in 2009. She has been disagnosed with Dissociative Identity Disorder, so she got acquitted and sent to SPHIA for treatment. Her personality has since then more or less settled on that of Hotori Suzukage, a shy, mute, and generally harmless girl who befriends Yuni. 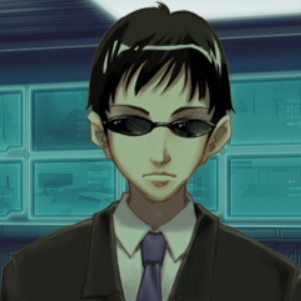 A mysterious man hiding in the control room beneath SPHIA, and the one helping Satoru in advancing his plan. He is also the one inhabiting Satoru's real body, and vice-versa.

Once Satoru finds the secret room, Enomoto explains the details of the body-swap mechanism (which actually isn't), and attempts to kill Satoru after he flips out as a consequence. He is shortly thereafter murdered by the male twin in Satoru's (actually Enomoto's) body.

A 19-year old girl and temporary survivor of the plane crash. Shortly before her body freezes to death, she swaps bodies with Keiko, and is thereafter the "Hotori" whom Kokoro meets. She lost the ability to speak as a result of the trauma.

Satoru's sister who is only seen once (twice?), at the beginning of the respective routes.

Yomogi's and Utsumi's twin children, who were born between the two incidents. They are the respective third personalities in Kokoro's, Satoru's, Keiko's and Hotori's transfer phenomenons and responsible for most of the havoc wrought in both SPHIA and the cabin.