Characters / Red vs. Blue - The Insurrection

Tropes pertaining to the Insurrection, the faction that the Freelancers battled in the past, in Red vs. Blue. Spoilers below! 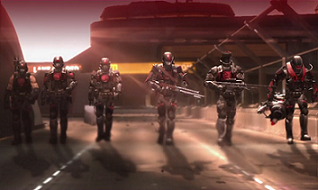 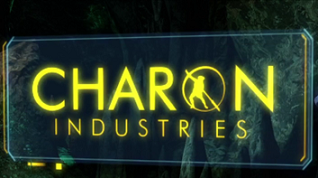 The Insurrection is a military force made up of soldiers who have broken off from the UNSC. They serve as the main antagonists for the Freelancers. They are possibly a nod to Halo canon, in which prior to the war with the Covenant, Earth (and human-controlled space) was undergoing a civil war between the UNSC and a coalition of rebel groups, for the control of human colonies. Incidentally, it was during this civil war the SPARTAN-II program was initiated, as a countermeasure against the rebellion.

As Season 12 reveals, they are actually a private security force for Charon Industries, a corrupt organization headed by Oversight Subcommittee Chairman Malcolm Hargroove, AKA "Control". They are actually part of the same group that the Space Pirates, Locus, and Felix are a part of. 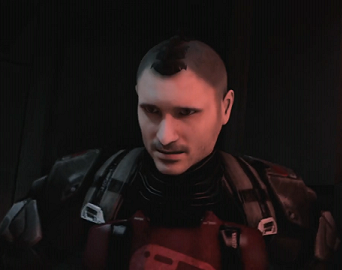 "Ha, ha, is that what he told you we are?"
Voiced By: Michael Joplin

Leader of the Insurrection group that the Freelancers regularly combat, who has a thing going with Connecticut.

After Connecticut was killed by Tex, he donned her helmet. He shows up in Recreation, in charge of a dig site in the desert. As it turns out, his alien sidekick "Smith," and his men took over the operation, killing the other men (and aliens) working there. They are evidently after a pyramid-shaped superweapon, which Tucker theorizes they intend to sell to the highest bidder. He is very unwilling to tell Sarge, Grif, and Caboose anything about what he's doing in the desert, leading them to get suspicious, and rightfully so. After finally entering the dig site, C.T. ordered Jones (one of his men) to disable Epsilon-Church, who happens to be inside one of those Forerunner monitors. That enraged the Elites and led to them killing off his forces. 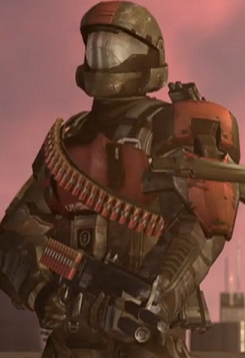 "Get into position! Completely surround them! No-one gets behind me!"
Voiced By: Brandon Farmahini

Assumed to be the leader of this group of the Insurrection in Season 9, this unlucky soldier ends up being involved in every Freelancer operation shown against the Resistance. Although he tries to be smart, he doesn't quite make it all the way there. He is distinguished by his dual bandoliers (and later on, his robotic arm) and attitude. 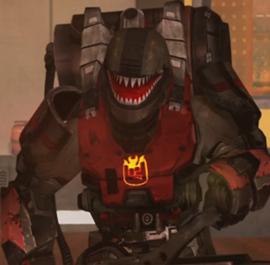 Washington: What the fuck is with this guy?

A large soldier who wields a flamethrower and has a shark decal on his faceplate. The first of the Insurrection Elite Mooks to die, he fights his only battle in Episode 15 of Season 9, where he faces Carolina and Washington in combat. 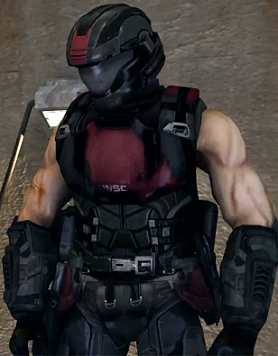 Sigma: Agent Maine, isn't that the soldier from the freeway? The one who shot you in the throat? ...I thought so. Sic 'em.

Seemingly the physically strongest of the Insurrection soldiers in terms of brute strength, this soldier is famous for shooting Maine in the throat, rendering him mute and inadvertently causing the entirety of The Recollection. 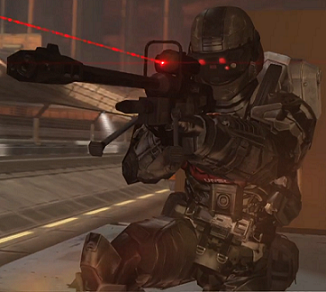 A member of the jetpack trio of "Sleeveless Guy" and "Female Soldier", this Insurrectionist is known for his use of a sniper rifle. He is notable for being the only member of the group who is not assumed dead at the end of Season 9, though he is on the receiving end of a pretty brutal punch from Maine. Like his fellows, he survives to Season 10. 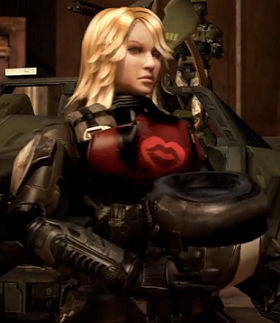 "I can't believe he trusts that bitch after what she did to us."
Voiced By: Hannah Hart 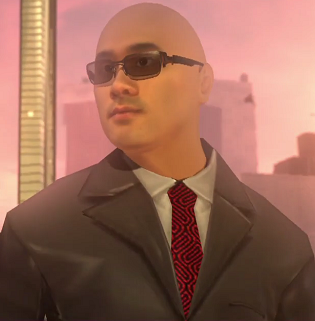 A civilian scientist, he is a high ranking official in the Insurrection, and has the briefcase that holds the code to opening the Sarcophagus. He only appears in Season 9. 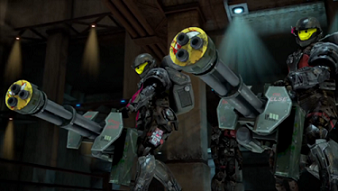 Two soldiers who guard the entrance to the computer room in which the Leader is staying in Season 10, these two seem to communicate through giggles and weeps, and used their Gatling guns to keep the Freelancers at bay for some time. One has a frowning face on their faceplate, the other a smiling one.