open/close all folders
The Terrific Twosome of Toronto

One of Toronto's wealthiest men, who secretly fights crime wearing the mask of the Red Panda. He took it up on a lark but quickly came to take the job of his city's protector very seriously. 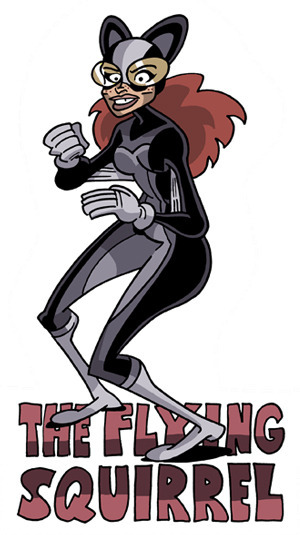 The Red Panda's driver, then fiancee, them wife. For much of the series she was the only one who knew the true identity of the Red Panda. She promptly used the knowledge to blackmail him into letting her in on it.

Advertisement:
Agents of the Red Panda
The Red Panda's eyes and ears across the city of Toronto. The agents do everything from patrols, to spy work, to simply passing along handy information to their chief. They have all taken a vow to hold high the lamp of justice and protect their city. Many enlist in the army as World War II heats up, and while many are lost in a cataclysmic battle, those that remain become a force to be reckoned with behind enemy lines.

The Red Panda's man inside the police department. Debuts alongside and acts as a mentor to young Harry Kelly. During World War II, he leads a squad of commandos consisting of other Panda agents deep behind German lines that becomes known as Parker's Rangers. 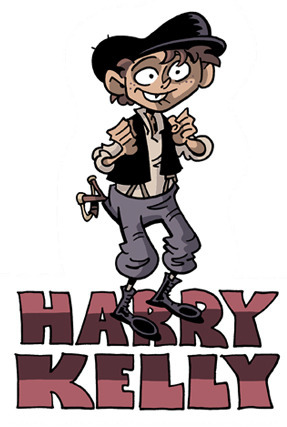 Harry Kelly is a citizen of Toronto who, as a little boy, became involved in a case of the Red Panda's after hearing the last words of one of the Panda's agents. He impressed the Panda enough that, rather than hypnotize the night's events from Harry's memory, he made the boy his youngest agent. As an adult following World War II, Harry hopes to do more for his city.

Owner and proprietor of a boxing gym in Toronto and one of the Red Panda's senior agents. Spiro acts as a contact man, a link between the Red Panda's field agents and the chief himself. 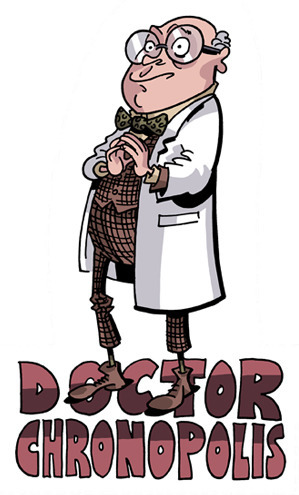 One of the Red Panda's and Flying Squirrels most trusted friends and their go-to man for issues both scientific and magical. Even as age begins to catch up to him he remains a reliable adviser on these matters.

Chief of the Toronto police. At the start of the series he sees the Red Panda as a menace that must be arrested. As the series progress, and much to his own surprise, he grows to trust the Red Panda and rely on him as much as, of not more than in some cases, his officers.

The first supervillain to appear in the story, appearing in the second episode. Professor Zombie is the creator of a compound, Necronium 234, which can be used to reanimate the bodies of the dead into slaves obedient to her will. She often commits crimes for either the monetary benefit or the sake of her research, though that changes in the ninth season when she becomes obsessed with hurting the Red Panda as much as possible. 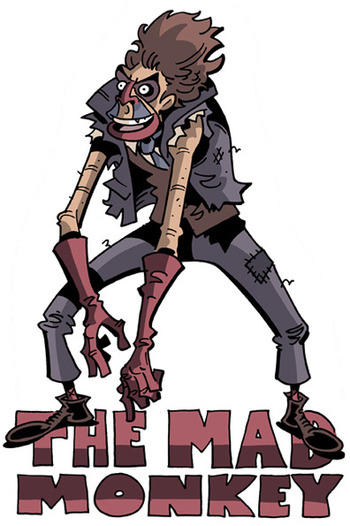 The Red Panda's self-proclaimed archnemesis. Originally just a trading company representative, he was the sole survivor of a plane crash in Africa. In the years before his rescue, he lived among the baboons and gained the ability to communicate with and control them on a psychic level. He briefly made a name for himself on the lecture circuit, but turned to crime after getting overshadowed by the discovery of a lost English lord who could talk to apes and an Indian boy who had been raised by wolves. Now he seeks nothing more than to challenge the Man in the Mask at any opportunity.

One of Toronto's wealthiest men, who wanted still more and utilizes his genius as an inventor to create robot soldiers to help achieve his ambitions.

A megalomaniacal criminal with a penchant for bombs. He regards the Red Panda as a worthy foe and enjoys matching wits with him.

A writer who finds his inspiration in committing crime. His trademark is to describe his crimes in the finest of prose and send his work to the police as a mix of preemptive clue and calling card.

A scientist and one of the first supervillains the Red Panda ever faced. On that first occasion, he used a super suit. When he appears in the show, he's gotten his power from a formula he created in an attempt to end world hunger.

The villain of the book The Mind Master. A student of the mental arts who studied alongisde the man who would eventually become the Red Panda. He comes to Toronto with the express purpose of facing off with the mystery man, who he regards as the one person who might actually be a threat to his ultimate plans for world domination.

The Home Team
A team of superheroes, and some supervillains, assembled by Colonel Fitzroy to defend the Canadian home front from Nazi infiltration. When the Red Panda himself enlists, he's quickly brought on board.

August Fenwick's friend and lab partner when they were in school. A brilliant inventor who helped save and revolutionize his father's company during the Depression. Upon witnessing his inventions stolen by the Genie, James decided he needed to take a more active role in determining how they were used. To that end, he's strapped on a rocket pack of his own design and lent his services to the Canadian government, who call him Doc Rocket. While a nice fellow, overall, James is known for a certain smugness and for considering himself the smartest person in any given room.

One of Captain Clockwork's Mechanical Men turned Home Team member in Season 6. When the Red Panda is lost overseas during season seven, John is recruited to fill in as the Red Panda under Kit's tutelage. When he's finished with that role he rebrands himself as the Red Ensign and joins the Allied Super Services.

Internationally renowned stage magician and one of the world's first mystery men. The Stranger, Master of Magic, battled evil on his own and as a member of the League of Gentleman Adventurers from about 1890 until his retirement. He briefly mentored the Red Panda when he tracked down the League's members for training and acts as a consultant when magic is involved. The Stranger has the unique status of being the only superhero the Red Panda lets operate in Toronto for much of the series.

Head of the Home Team whose dedication to regulation often sees him butting heads with the Terrific Twosome.

The Captain / The Major

Daughter of Dr Chronopolis, who is also a doctor. After having her existence leaked to the Major she is basically commandeered into the army.
The Danger Federation
A collection of rookie superheroes assembled by the government to replace the Home Team with the Red Panda as their leader and mentor.

The Flying Squirrel's best friend, the Grey Fox is a Japanese-Canadian female superhero based in in Vancouver prior to World War II. Despite being born in Canada, her Japanese heritage lands her on the wrong end of anti-Japanese paranoia. She spent time in a Japanese internment camp during the war until the Red Panda gets her released to join the Danger Federation at the Flying Squirrel's request.

Originally a graduate student under the original Molecule Max. He dons Max's name and gear when the Danger Federation is assembled.

They call me Mr. Amazing. But only because I was kind of an arrogant jerk when I took the name.

A volunteer for the government's super soldier program, Mr. Amazing was given his powers by a variation of Dr. Bumblebee's "Royal Jelly", but never deployed to the field. The Red Panda takes him under his wing personally while trying to discover why that is.