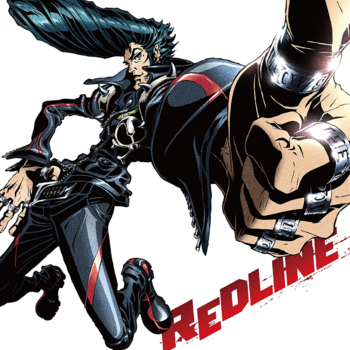 The main protagonist, driver of the Transam 2000. A pompadoured racer with a penchant for speed and crashing. 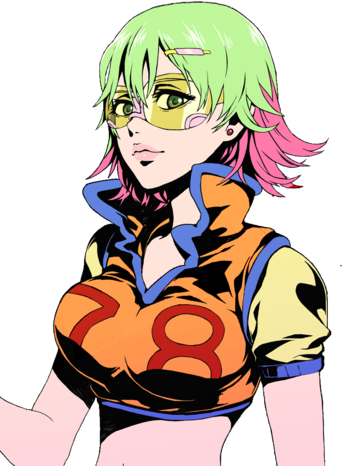 The driver of the Crab Sonoshee. The winner of the Yellowline race at the movie's onset. Develops a close bond with JP. 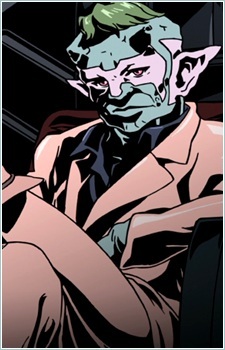 JP's childhood friend, who's tied to the mafia. A mechanic who helps out in creating JP's rides.

The elderly four-armed junk dealer/mechanic that works on JP's machine.

A wild and varied collection of the best racers across the galaxy, all aiming for the glory and fame of winning Redline.

A pair of idols from Planet Supergrass racing in Redline.

A brutal police officer racing in Redline. His real name is Hamesh Frini.

Japanese brothers racing in Redline thanks to a popularity vote, as an untimely arrest from Gori-Rider had them miss as a Yellowline qualifier. Originally from Mole Brothers.

A Redline racer that originally appeared as the protagonist of Trava Fist Planet, wherein he is a land surveyor and former military pilot.

A pair of the strongest and fastest intergalactic bounty hunters racing in Redline. 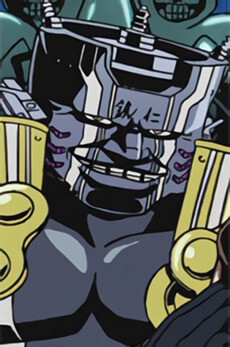 "For the other racers, 'it's just me and my wheels,' whereas I am my wheels."

A three-time champion racer once again competing in Redline.

The head of the mafia that Frisbee works for.

The leader of Roboworld.

The leader of Roboworld's military forces.

The man in charge of Roboworld's security.

A member of Roboworld's army with a grudge against Trava & Shinkai.

An illegal biological superweapon secretly created on Roboworld. The President desperately wants his existence to stay secret, but with Redline on the planet, it's only a matter of time before he wakes up…