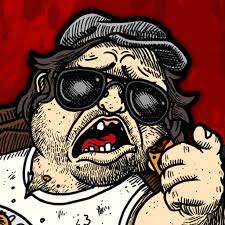 I love The Empire Strikes Back so much. I fucked it.
Played by: Mike Stoklasa
A senile and insane old man who enjoys taking apart both bad movies and hookers. 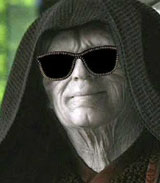 If you don't like the Star Wars prequels then you're stupidpants.
Played by: Mike Stoklasa 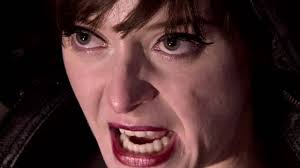 Played by: Jocelyn Ridgely
Half in the Bag 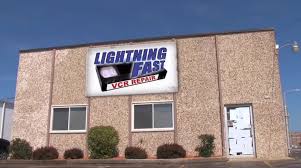 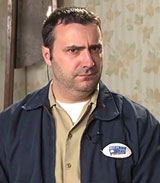 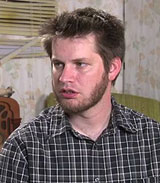 My life is an empty shell.
Played by: Jay Bauman

Maybe I should've drowned my wife. Then I'd still have my Caddy.
Played by: Rich Evans 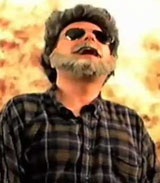 "Does anyone else smell flannel and B.O.?"
Played by: Rich Evans

Played by: Rich Evans
A fan of comic books that helps Mike and Jay review the Amazing Spider Man movies. 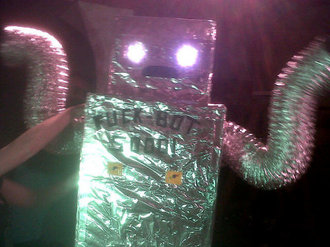 Played by: Jack Packard
A character that originated in Red Letter Media's contribution to The 48 Hour Film Project in 2011, Fuck-Bot 5000 does exactly what its name implies.

A Milwaukee Police Officer that is sent to investigate "Lighting-Fast VCR Repair" after a sulfur factory complains about the strange smell there. Mike and Jay distract him by discussing the Robocop movies.

Two video game nerds who begin renting the Lighting Fast VCR space when Mike and Jay are still in Plinkett's house. They run Previously Played, the store that replaces the VCR repair shop.

A VCR repairman hired to run Lightning Fast VCR Repair when Jay and Mike go missing on the mountain.