Lords
The rulers of the Atlatan continent who form the surrounding Chaos into Crests from which they can draw their powers. Although the Lords were originally intended to battle Chaos, the fact that Crests can be strengthened by taking another's Crest has resulted in the internecine warfare that grips the continent.
Advertisement:
Mages
The wielders of magic hailing from the magical city of Elam. Trained in a magical academy and then contracted to Lords upon the completion of their training.
Artists
Powerful fighters that in lieu of forming a Crest or being able to wield magic, imbue the power of Chaos into their very bodies to gain a variety of abilities. 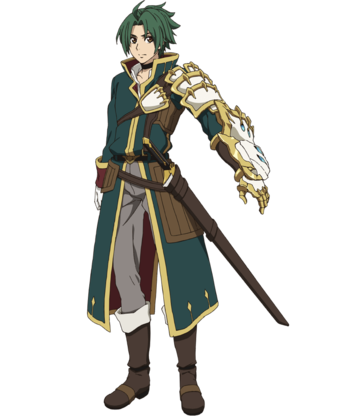 The male protagonist. A wandering knight who obtained a Crest from a Chaos Core. He comes from Sistina, a village ravaged by Chaos and oppressed by their Lord, Viscount Phederico Rossini. After rescuing Siluca from soldiers and telling her his goal to free his hometown, he becomes contracted to her and together they fight to stop the feuding Lords and end the Chaos era. 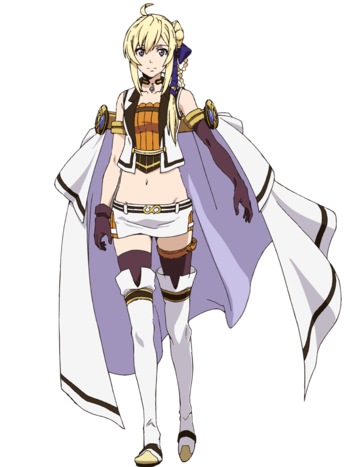 The female protagonist. A 17-year old Mage prodigy who graduated from six out seven magic faculties at the Magic Academy of Eram. She was to contract Villar Constance but due to the rumours surrounding the 'Lustful Earl' as well as her own hate towards the power-hungry Lords, she immediately forms a contract with Theo after realising that he was different from them.

As Theo becomes a Lord and increases his rank and holdings, he accrues a number of powerful and notable followers.
Irvin 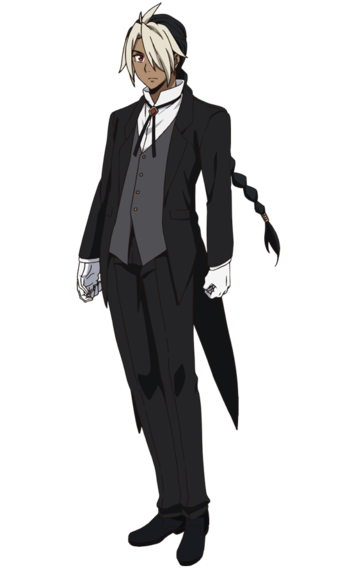 A former butler and chamberlain of the Kreische family, now serving as Siluca's servant to atone for what he believes was his error in stopping her from possibly averting the Great Hall Tragedy that killed the two archdukes. An Artist, he utilizes the power of Chaos to enhance his speed and strength and is a skilled assassin. 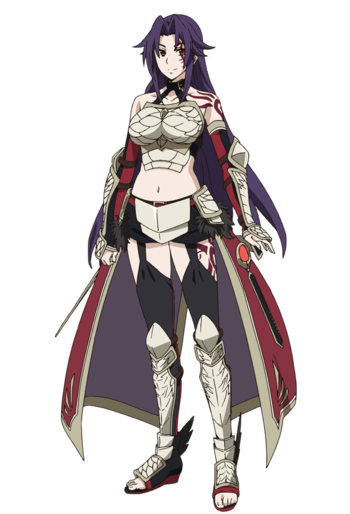 An adoptive sister of Siluca at the mage academy, Aishela is an Artist called upon by Siluca to aid her and Theo against their foes. 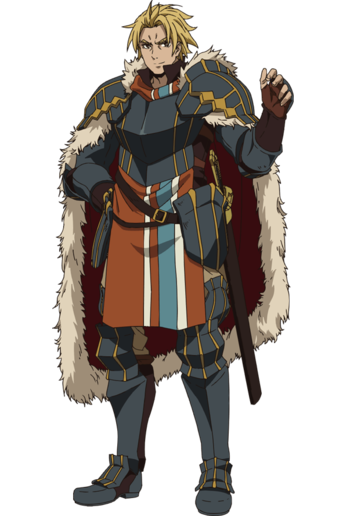 An independent Lord in the Savis region who engages with Theo and Siluca upon the former's ascension to lordship and becomes one of Theo's loyal followers upon his defeat. 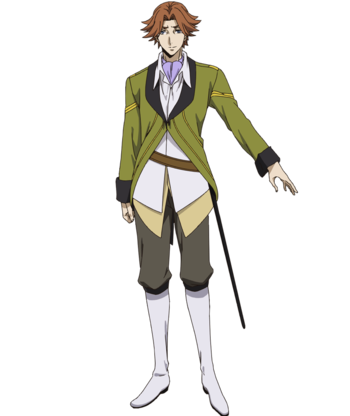 Lassic's contracted mage and a former acquaintance of Siluca from the mage academy. 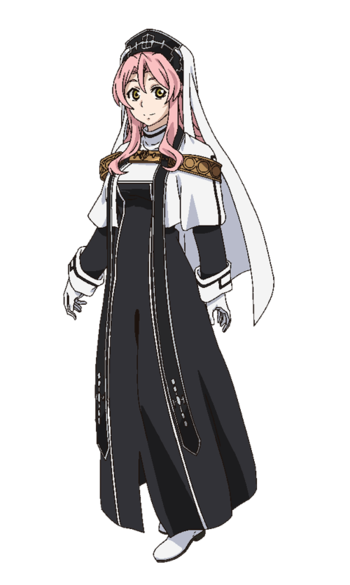 A priest of the Order of the Crest who joins Theo's forces when she claims to be led by a vision to his side. 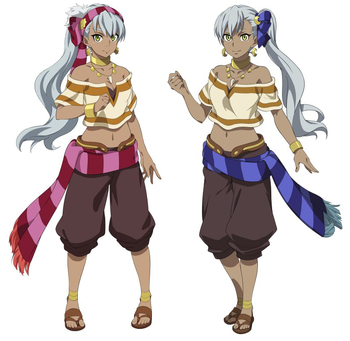 Two werewolf twins who are the daughters of Clara, the Werewolf Queen. After Theo saves them from Yana and Clara dies in the process, they join Theo's household.

One of the three sons of the ruler of Sistina, Phederico Rossini, Juzel is the lone survivor of the ruling Rossini family after Theo's conquest of Sistina and enters into Theo's service to preserve his life and peacefully reunite their shared homeland.

One of the Lassic's subbordinates and infantry commander. Later he is promoted to the lord of Bultava province.

One of the two superpowers on the continent, led by the Kreische family that rules the state of Waldlind. Following the Great Hall Tragedy, their leader is Marrine Kreische, formerly the betrothed of Alexis Doucet, current leader of the Union.
In General 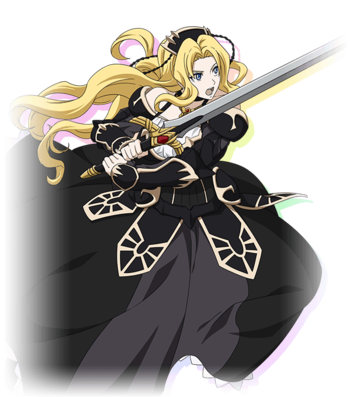 The leader of the Alliance and the Margrave of Waldlind.

The ruler of the Starck nation of the Alliance and daughter of King Erik of Nord.

The King of Nord and an ally of the Alliance. 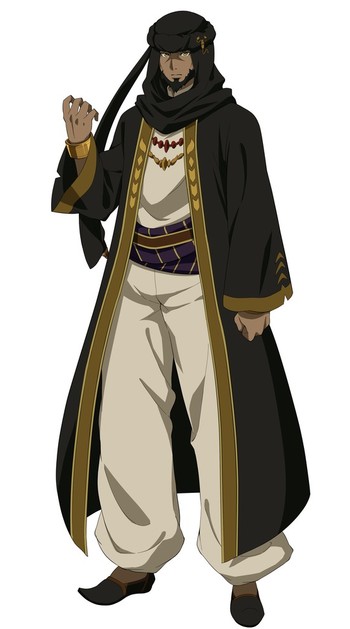 The prince of Dartania and a formidable fighter who seeks the Lord who can unite the continent and form the Grancrest. 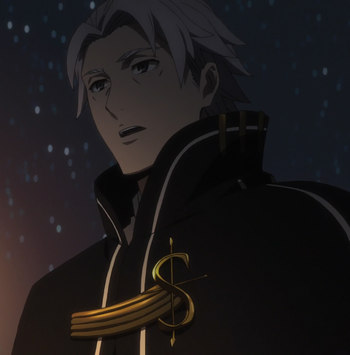 The chief contracted mage of Marrine and Siluca's adoptive father.

Terius Savoye
Voiced by: Yūma Uchida (Japanese), Billy Kametz (English)
One of Marrine's contracted mages and given as a servant to Milza. While he's not especially good with magic, he's a competent strategist. He constantly tries to keep his master's more damaging impulses in check.

The other superpower on the continent led by Alexis Doucet. Governed by a congress constituted of the Lords of the Union.
In General 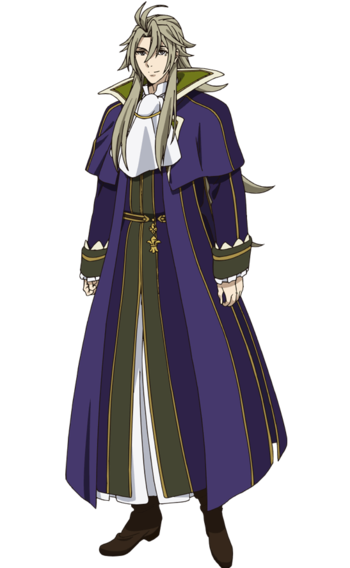 The Earl of Altirk. Despite being Marrine's cousin, he is a prominent Lord of the Union and is who Siluca is expected to be contracted to at the start of the series. 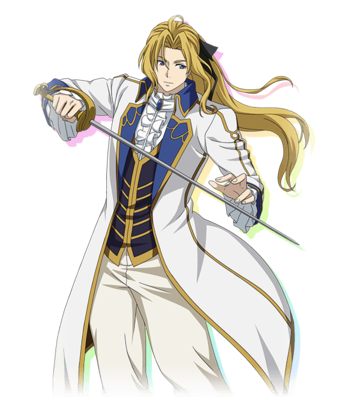 The Marquis of Jalucia and head of the Union. Formerly Marrine's betrothed. 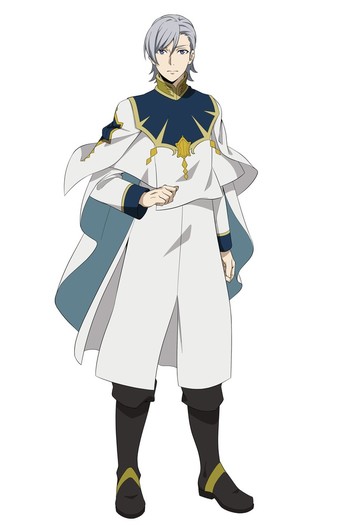 Villar's younger brother and the Earl of Regalia. 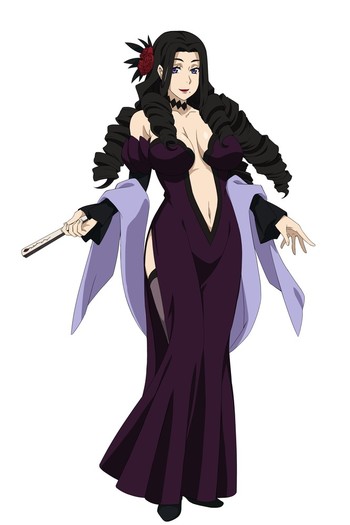 The Queen of Haman and member of the Altirk Treaty.

The youngest of the Constance brothers

The Earl of Le Couleurs and a major proponent of war with the Alliance.

The Lord of Dawson loyal to the Union and the most prominent supporter of peace and the status quo with the Alliance.

The Lord of Kilihis loyal to the Union and is reliable ally of military defence of the Alliance. Some lords do inpirational speech before heading on the battlefield, while this one prefers to set as if it's on the stage to boost morale of his finest soldiers. 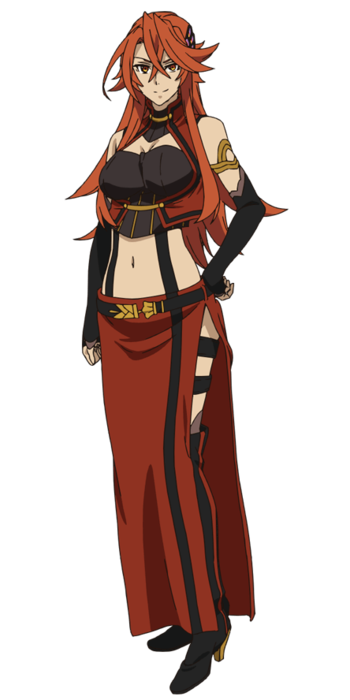 The head of Villar's corps of contracted mages. 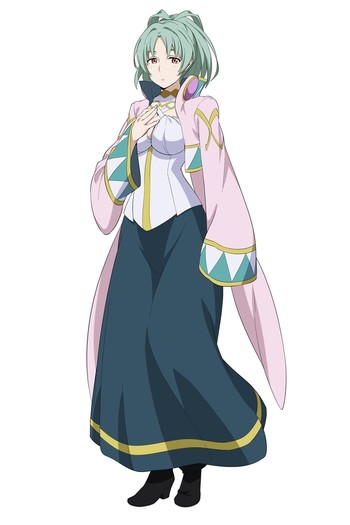 The contracted mage of the Constance brothers Selge and Igor.

An island nation that is Theo's homeland. Ruled with an iron fist by the Rossini family, which allows Chaos to spread freely and empowers the citizenry to prey on each other to keep the populace divided and under their control.
Phederico Rossini
Voiced by: Takashi Matsuyama (Japanese), Brad Venable (English)

The patriarch of the Rossini family, a Lord of the Union, and the current ruler of Sistina.

One of the sons of Phederico and the most martial of the three brothers.

Another son of Phederico. A flamboyant man in a relationship with Yana.

force to snuff out Theo's rebellion and sets off with only 200 soldiers. This ultimately gets him killed.
Boltz 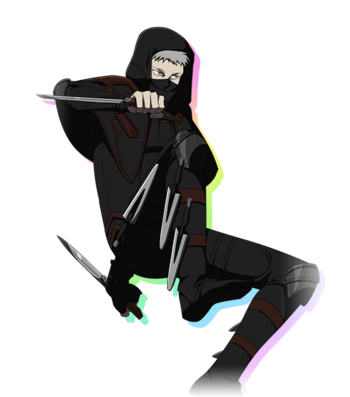 An assassin and Artist in the service of the Rossini family.

A heavily forested region under the dominion of Villar, Earl of Altirk. Home of a number of supernaturally inclined peoples, including the white witches, werewolves, and vampires.
Yana 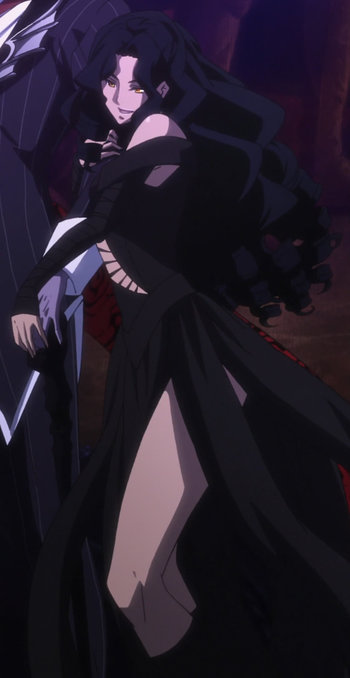 A Dark Witch who Theo and Siluca encounter several times throughout the series. 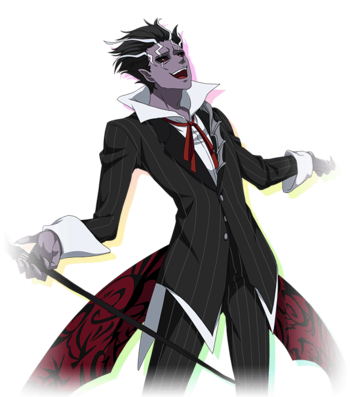 The Vampire King who resides in a castle deep in the Forest of Eternal Darkness. Thousands of years ago, he fought with Clara, the Werewolf Queen, against the Ultimate Chaos, but the possible coming of the Grancrest induces him to change allegiances to protect his immortality. 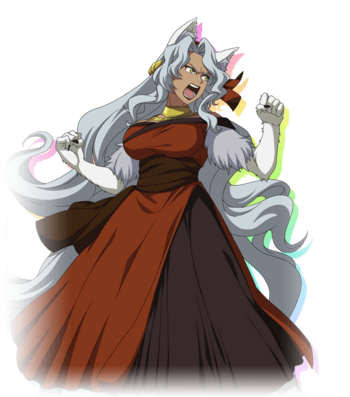 The Werewolf Queen and mother of Emma, Luna, and Ian.

A werewolf from the Forest of Eternal Darkness and one of the Werewolf Queen Clara's sons.