This is a listing of the Arcobaleno of Reborn! (2004). YMMV items and subjectives go in the YMMV page for the series. 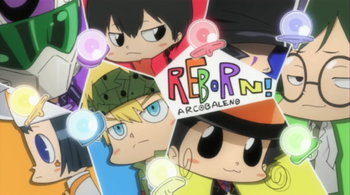 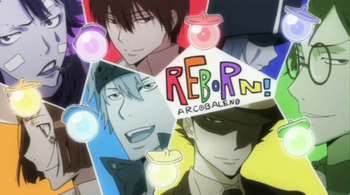 to see The Arcobaleno in their adult form.
Advertisement:
open/close all folders
General 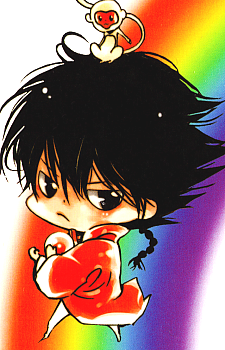 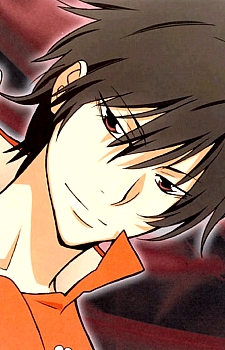 The Storm Arcobaleno from China, Fon is usually seen in the anime in the form of I-Pin's stuffed version of him. He is her master, after all. His appearance also explains her deep crush for Hibari: Fon and Hibari are virtually twins... Well, at least when Fon was an adult. The only difference would be that the holder of the red pacifier actually smiles, and has a long braid. One thing they do have in common that's not looks is that they both have cute pets.

In Haru Haru Interview 28, Volume 31, Fon heavily implies, if not outright confirms, that he and Hibari are related somehow. However, he stops himself from saying anything further as Hibari 'might get angry'. (Although Fon does confirm that the two are not brothers, at the very least). 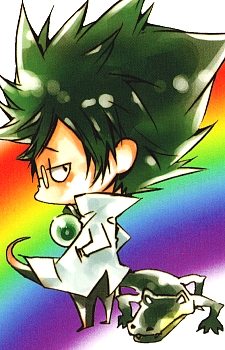 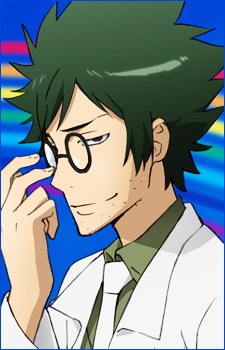 The Lightning Arcobaleno and the last to be seen in the manga. According to the mangaka's drawings and mentions by the other Arcobaleno he's one Hot Scientist with a Perma-Stubble (when he's an adult that is). He's a very Smart Guy who helped create the Box Weapons and invented the invisibility device that the assassins Mukuro sent after Tsuna used. He, of course, made it so toddlers could see through it, cause he wouldn't want his subordinates to use it against him.
Colonello 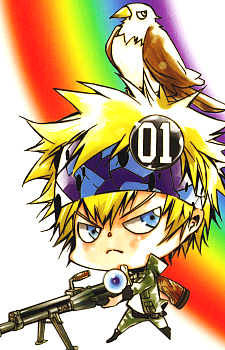 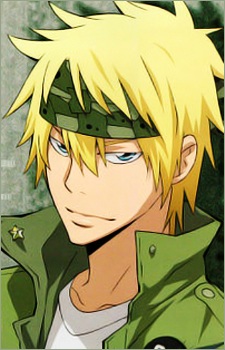 The Arcobaleno who has the Rain Pacifier, Colonnello used to be a part of the COMBUSIN Corps back when he was an adult, before he was Cursed With Awesome. He has a fetish for anti-tank weapons and is sometimes flown around by his pet falcon, Falco. He seems to have a very big rivalry with the other Arcobaleno Reborn, always debating on which weapons are better than others, and who's the harshest tutor. He's also quite firey, just like his one notable pupil Ryohei. Though... what's really rare in this series is seen in Colonnello. Fans would actually rather pair him up with a female character, who happens to be the series' Arcobaleno reject.
Mammon (Viper) 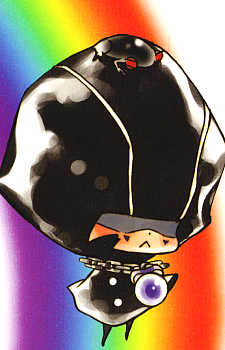 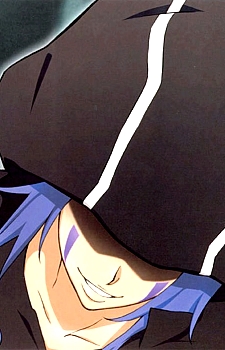 He embodied the sin of greed when he was with the Big Bad, concerned only with his money, even if he has the appearance of a baby. He's a Master of Illusion and holds the Mist Pacifier. He used to work with the Varia until he got owned by Mukuro and tried to flee for his life. The Arcobaleno is constantly mistaken for a girl by the fans due to his ambiguous baby voice and ever-present hood over his head. Even as an adult, fans can't tell.
Skull 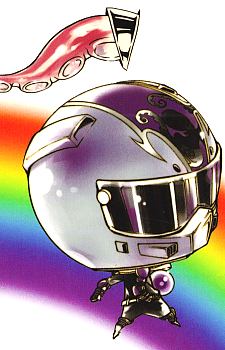 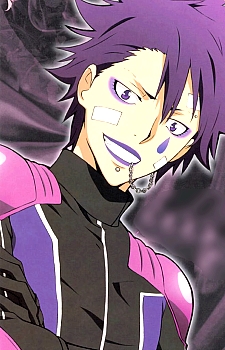 Skull is the Cloud Arcobaleno, and is the youngest who is constantly calling the other kids his senpai. He's also a case of Curtains Match the Window, y'know, with his purple hair and lilac eyes. That'd be if he'd ever take off that biker helmet in his baby form. His actions from when he does appear in the series have earned him the title of woobie, after being humiliated by Reborn and Colonnello. His appearance and expressions in his adult form (ex: decorative bandages, snake bites, chains, guyliner, leather clothes) has had people fangasming.
Yuni
See The Millefiore Family.
Advertisement: 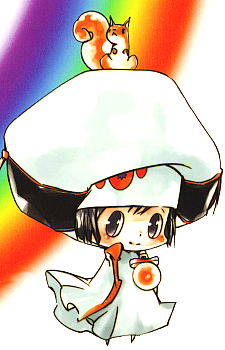 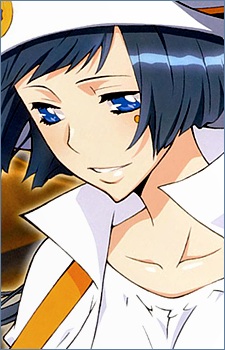 She's The Nice Hat Chick of the Arcobaleno, and also The Boss a.k.a holder of the Sky Pacifier. Unlike the rest of her colleagues, with their ridiculous life-spans, Luche is not one for a long life, a trait that she passed on to her progeny. Oh, and she didn't just pass on that. She passed on the ability to see into the future, and the title of Arcobaleno leader, which leads to that short lifespan! Isn't that just great? Her poor children also inherit her memories as well! At any rate, she did seem to have an interesting relationship with bad boy Reborn. Of course, All Girls Want Bad Boys.
Aria 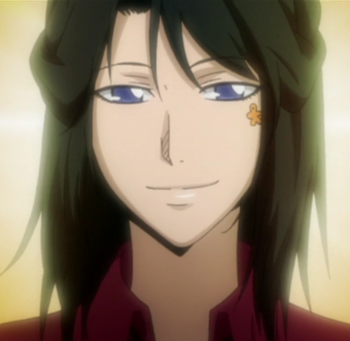 Boss of the Giglio Nero Family

After Luche's death, she's replaced by her daughter Aria, who is pretty similar to her in looks and personality. Of course, this doesn't exempt her from the Sky Arcobaleno curse. We only see her in the first filler arc before being Put on a Bus that crashes in the future. That sucks, but at least she was able to have Yuni. Oh, and she was the Giglio Nero boss before it merged with the Gesso family to become the Millefiore. And she is quite the looker too, as Gamma is shown to have an unrequited crush on her. 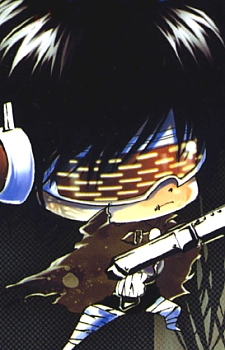 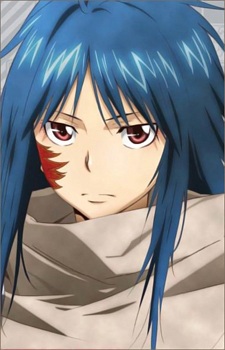 Not only is Lal Mirch a rare Action Girl in this Cast Full of Pretty Boys she's also a member of CEDEF, an ex-trainer of the COMBUSIN, and a failed Rain Arcobaleno (with scars to show for it). Having a Incurable Cough of Death hasn't stopped her from dishing out large doses of violence as the trainer of Tsuna in the future, though evidence seems to suggest that she is in fact a Tsundere. Had a relationship with former student Colonnello who has inherited her training maxim and took her place as the Rain Arcobaleno.
Bermuda von Veckenschtein 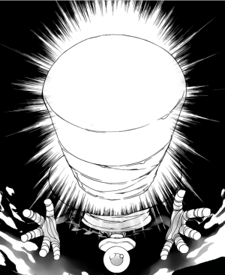 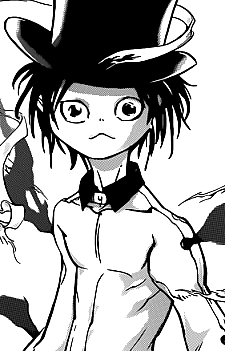 A mysterious Arcobaleno who is also a member of the Vindice. He possesses a clear pacifier with the Flame of Night and was apparently the strongest Arcobaleno in the past. Like the Vindice, he also survived losing his Arcobaleno curse and was turned into a zombie-like state. 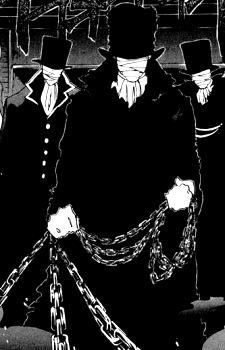 The Wardens of the Vendicare Prison. They guard the worst prisoners of the Mafia world and capture anyone who breaks their laws. They are revealed to have been former Arcobaleno who survived the removal of their pacifiers.
Jager 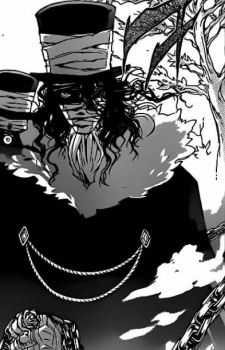 The boss and strongest of the Vindice. He greatly overpowers Tsuna and is able to go toe to toe with Dino, Mukuro, Squalo, Xanxus, and Byakuran all at the same time.
Checker Face 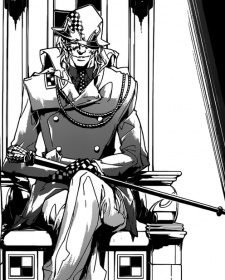 The mysterious man who gathers the Seven Strongest in the world in order to protect the cursed pacifiers by turning them into the Arcobaleno. He appears before the current Arcobaleno to offer them a chance to become human once again in a Representative War. But it's actually a lie. His real identity is Uncle Kawahira and he plans on gathering a new group of the Seven Strongest to take on the curse and protect the pacifiers.