Seeing as how it's a two-season series composed of almost 300 episodes, it's expected for the series to have many characters and many intertwined storylines.

The four main characters of the series, most of the subplots and stories revolve around them, their romances, and their development. 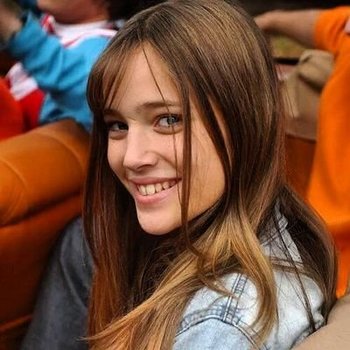 "¡Qué difícil es ser yo! / It's so hard to be me!"
Played by: Luisana Lopilato

The only daughter of Franco Colluci, a wealthy businessman invested in the world of fashion. She adores high fashion, hanging out with her friends, traveling to the USA/France, and adores looking good and by default being one of the most beautiful and popular girls at school. May be a little shallow and superficial, but she does have a good, caring heart underneath it all. 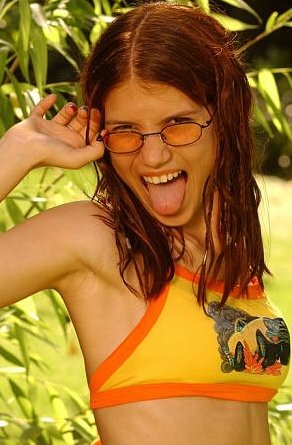 The daughter of a famous argentinian dancer/actress (called "vedette"), Sonia Rey, Marizza always feels overshadowed by her mother's fame, so she always tries to stir up chaos to bring attention to herself. Despite having a rocky, rebellious exterior, she's a person that stands by her beliefs, offers good advice and is willing to help whenever injustices occur. 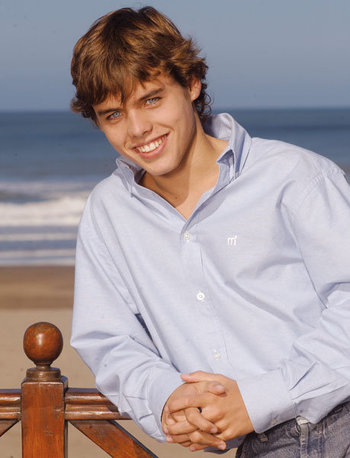 The son of the governor ("intendente") of Buenos Aires, Pablo initially seems like a spoiled daddy's boy, but as the series further advances, he tries to distance himself from the toxic influence his father exerts over him. 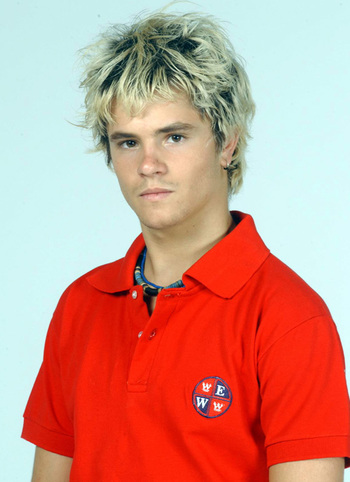 A boy who from Mexico who got into the school via a scholarship, he initially comes to Argentina with the belief that Franco Collucci, Mia's father, killed his own father. He comes over to avenge his dad's death, not counting that his conflicted feelings for Mia would put a dent in his plans.

While the four kids were very popular on their own right, a big appeal of the show was its large, supporting cast; and how much the other kids added to the story with their varied personalities, subplots and the chemistry they had with one another.

The other students at the Elite Way School

Friends and kids who are in the same year as the Erreway kids. While not as "important" to the story as the four leads, they do give a lot of heart, comedy and emotion to the series.

One of Mia's best friends at the Elite Way, she usually represents the voice of reason in Mia's clique. Is plus-size and has doubts about her weight.

Mia's other best friend, a girl with a troubled family who entered into the Elite Way via a scholarship. Initially considered to be the "bicycle" of the school, Vico is always seen jumping from one boyfriend to another.

Mariza's best friend, an orphan who entered in third year thanks to the actions of her mysterious tutor. Not really entered via a scholarship, but she's considered by the rich kids to follow in the same group. A sporty gal who isn't afraid to say what she thinks, may come off as abrasive initially, but she's brave and loyal to a fault.

The sweetest, kindest girl at the school. May be initially thought off as dumb, but the girls who know her well appreciate her kindness and counsel. She has a little sister who's ill, but she loves her dearly and writes to her often.

A boy recently entered the school, Guido at times tries a little too hard to fit in with the others. Often the source of comic relief in the series the most out of any other character (Save perhaps Sonia and Marizza), yet he also has his own struggles to overcome.

Pablo's best friend, he's been his best friend since they were kids. More interested in getting girls and having fun than anything else.

The supposed "nerd" of the school, he's initially mocked restlessly by the others at the school. It's only due to Marizza's influence and Manuel's friendship that he finds his inner strength and challenges, showcasing the true Marcos underneath the glasses.

Manuel and Marco's roommate, and Manuel's friend. The only Jewish student at school, he initially hides his ethnicity to not suffer antisemitic remarks.

The Principal's daughter, has a low reputation at school due to being a sneak, a gossip and a tattle-tale, but despite that, she's a lonely girl that wishes most of all to find acceptance within her peers.

A new student appearing in season 2. A country boy, cousin of Tomás who got into the Elite Way via a scholarship. Attractive, athletic, and a natural joker, Fran never misses an opportunity to make his presence felt.

A new student appearing in season 2. Studious, obedient, and responsible; Laura just wants to finish her school year with good grades and a low profile, yet her new friends and her sister make it difficult for her.

A new student introduced in season 2. By far the most "out-there" character the series showed, Rocco is initially seen as a weirdo by the other kids due to his fashion choices, his manner of speaking, and how he often tends to film private matters. Yet he's also often offering good counsel to others, and points out something other characters previously didn't notice.

The Adults and other characters

Characters who are not students of the school, but never the less play an important part in the story.

A well known businessman invested in the world of fashion, and Mia's father. Franco is a caring, understanding man; but the foolishness and immaturity of the other characters around him constantly drive him up the walls.

Marizza's eccentric mother, Sonia Rey is one of most famous actresses/models (a "vedette", and no, it doesn't have sexual connotations here) in Argentina. While she's a little ditzy and air-headed, she tries her best to be a good mother to Marizza, even if her daughter may find her obnoxious.

Pablo's father, and the governor of Buenos Aires ( named "intendente", which can have different meanings on different countries; he's pretty much an elected politician here though). He wants to shape Pablo to resemble him and turn into a "decent" man, never realizing how much he's shaping his son to be as cruel and manipulative as he is.

The principal of the Elite Way School and Pilar's father, Dunoff is a strict follower of the rules and establishment, and often butts heads with third-fourth year due to them not liking many of the strict limitations he puts on the school. Regardless of being authoritarian at times, he's a well-meaning, if a little clueless, man.

A new teacher in season 1, Mancilla arrives at the school with the idea of teaching Ethics and Philosophy to Third Year. What he doesn't know is that his more honorable, moralistic nature may be at odds with the corrupt, privileged school.

A new character introduced halfway through season 2, he's a strange, mysterious man who one day arrives at the Elite Way School to be the new Art Teacher. He seems strangely obsessed with Marizza, much to her concern.

The new prefect at school, Blas seems like the third year's worst nightmare due to his aggressive, "stick to the rules" stance he acts whenever the students disobey. It doesn't help that he bullies and takes advantage of his position to take it on kids who can't properly defend themselves, like Manuel or Luján.