Uncle Zucchini is Jet's uncle, and Celery's brother. He is a recurring character on the show, and works for the Galactic Garbage Company. Has a pet named Moonbeam, who is basically a blue version of Sunspot. 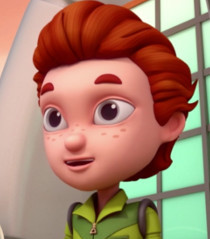 Zerk is Jet's cousin. He is an alien from Bortron 7.Unlike other Bortronians, Zerk is competitive and a braggart, always wanting to make his moon structures bigger and higher than everyone else's and boasting about them.
Moonbeam 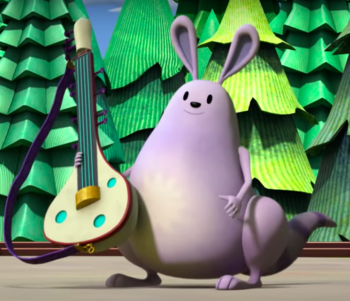 Moonbeam is Uncle Zucchini's alien pet, who is best friends with Sunspot, and plays guitar.
Eggplant 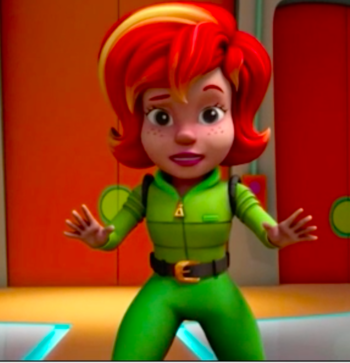 Eggplant is Jet's aunt. Like Carrot and Celery, she is an intergalactic travel writer. She made her debut in "Back to Bortron 7".
Face 9001