Characters from the Read or Die anime/manga metaseries. 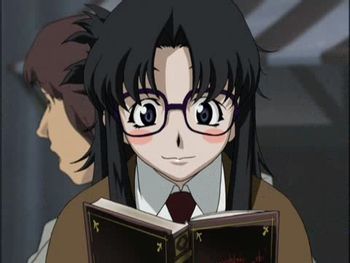 Yomiko, codenamed "The Paper" by the British Library, is a half-Japanese and half-British bookworm and able to telekinetically manipulate paper objects into many useful products.

Appears in: all incarnationsnote only appears in the last chapter of the Read or Dream manga, but is a major/main character in all other appearances 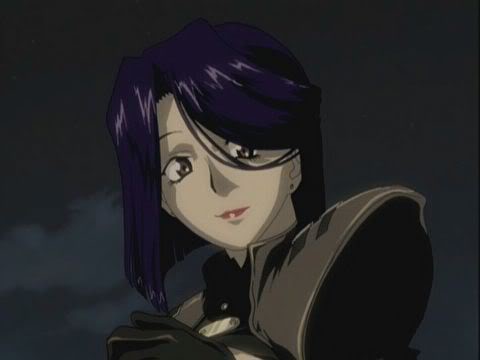 Nancy is an agent for the British Library who works alongside Yomiko. She possesses the ability to phase through solid objects at will. 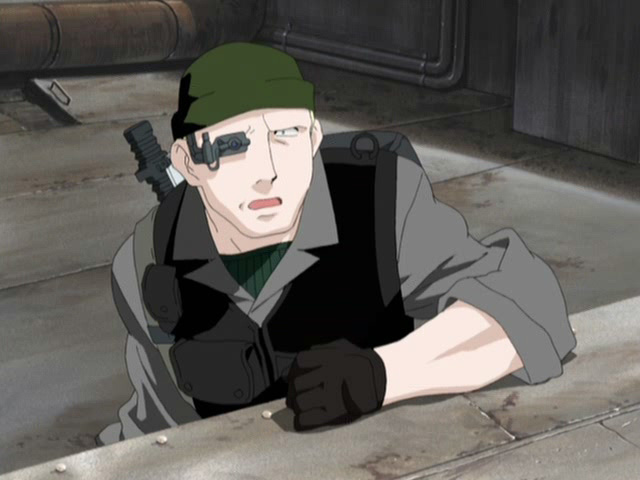 Drake is an American soldier assigned to work with Yomiko and Nancy. Unlike those two, however, he has no special powers, instead relying on his weapons training to see him through tough situations. Little is known about him outside of his line of work, other than the fact that he has a young daughter named Maggie (no relation to Maggie Mui). 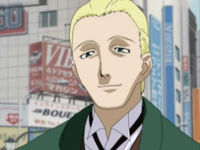 Joseph Carpenter (a.k.a. "Joker") is Yomiko and Nancy's boss, and head of the British Library Special Operations Division. 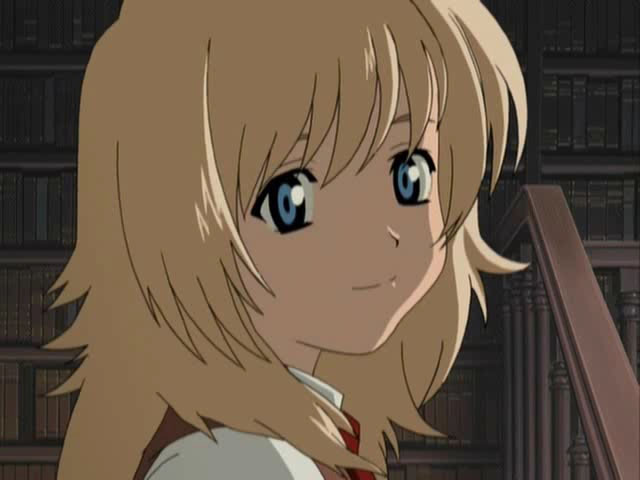 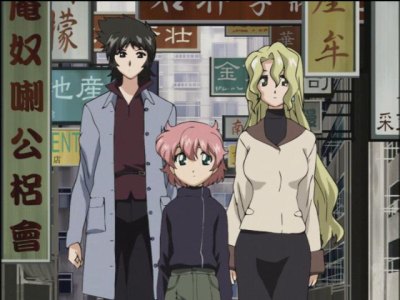 A trio of siblings from Hong Kong who, like Yomiko, are Paper Masters.

The eldest sister. She is responsible for acquiring jobs for the detective agency, which include translation work, lost book and person finding, and bodyguard duty.

The middle sister. She is the tallest of the three and is shown to love dark and confined spaces such as a small closet or even underneath a table.

The youngest sister. She does not possess the same love of books that Michelle and Maggie do. In fact, she hates them. 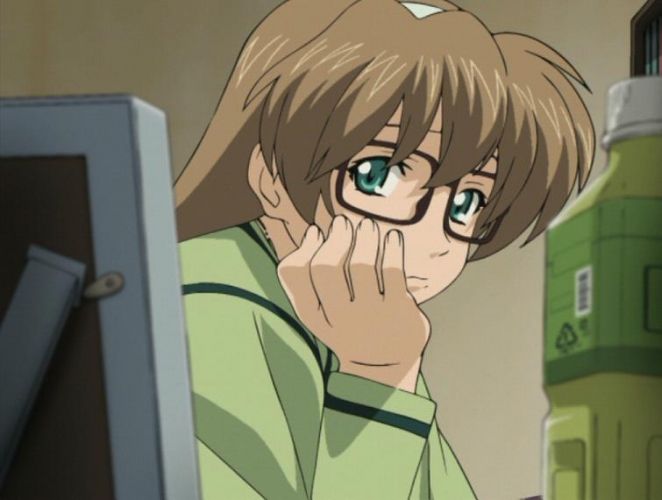 Nenene is a young, world-renowned author under the protection of the Paper Masters (Yomiko in the manga series, and then Michelle, Maggie and Anita in the TV series). 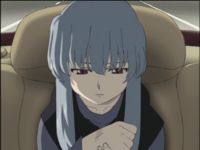 Junior (sometimes known as "Agent J") is a kid agent of the British Library sent to retrieve books for Joker.

Linho first appeared as Nenene's fan and public promoter. Though he didn't lie when he said he liked her work.

A pigeon that delivers the Paper Sisters their missions.

Hisami is a soft-spoken elementary school student and book lover, and one of Anita's classmates and closest friends.

Another of Anita's classmate. She has an elder sister, Haruhi who she likes to brags about and likes to offer her sister's books for free in her class.

A boy from Anita's class, he often argues with her and appears to have some feelings for Hisami.

Mr. Kim
A Dokushensha agent who often seen followed by Sonny. He gives the Paper Sisters missions from the Dokushensha.

Sonny Wong
A Dokushensha agent usually escorting Mr Kim and handing the payment to the paper sisters. Quoted to be the most powerful paper master seen by Nenene.

The Gentleman
Founder of the British Library, a Reality Warper of enormous power.

Appears in: All incarnations
Donny Nakajima
Yomiko's lover and mentor, and previous holder of the codename "The Paper"
I-Jin
The villains of the OVA, a terrorist group composed of clones of famous historical figures that have gone rogue and are trying to destroy the world. The TV series surmises they were meant to be clone bodies for The Gentleman, but samples of them were stolen by rival faction Dokushensha, cloned and then slipped out of their control. Though this is never outright stated.

The leader of the group. A clone of the 15th century Buddhist monk and Zen practitioner. He's the one that sets in motion the plan to wipe out humanity with the Suicide Symphony to "purge them of their wasteful individuals".

The clone of the famous Dutch spy, Margaretha Geertruida MacLeod aka Mata Hari, who serves as Ikkyu's assistant and lover. For more about her, see Nancy's entry.

A clone of the famous French entomology researcher. Here he's a part bug man who "molts" every time he's killed. Starting out an old man, then morphing into a child and finally a teenager.

The clone of the famous German aviator who helped pioneer the study of aviation. Here, he pilots a steam powered glider that near on par with a fighter jet.

A clone of Hsuan-tsang, a Buddhist priest who set out on a journey to bring authentic scroll texts from India back to China which ,in turned, inspired the popular novel, Journey to the West. Here he resembles the monk from that story while likewise wielding the power of the Monkey King (The extending pole, breathing flames, riding on clouds, etc). By and large, one of the deadlier foes of the I-Jin.

A clone of the famous Edo period Japanese pharmacologist. He wields a elekiter that generates electricity and allow him to wield it.

A clone of the famous American inventor who co-invented the boiler. He mans the machine for the I-Jin, being literally hooked into it.

A clone of the famous German musician. He's mostly used as a tool to play Ikkyu's Suicide Symphony, hooked into the rocket to which he will preform the song at a certain altitude so the entire planet can hear it.