Characters of the Rayman video game series who first appeared in Rayman Origins and Rayman Legends.

Teensy Queen
A female royal Teensie who made her debut in Origins. She seems to have a crush on Rayman.
Mister Death
A Grim Reaper-esque figure who takes over Goth Teensy's job as guardian of the Land of the Livid Dead. Unlike his predecessor, who is supposed to keep residents of the Land of the Livid Dead from escaping, he won't let anyone enter it. However, he will let you in if you give him his missing Skull Teeth.
Raymesis 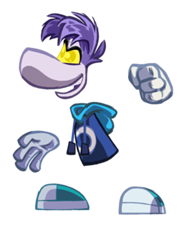 In attempt to tarnish Rayman's reputation, Raymesis dresses like him and stalks the Glade of Dreams smashing things! A desperate case in need of serious anger management. 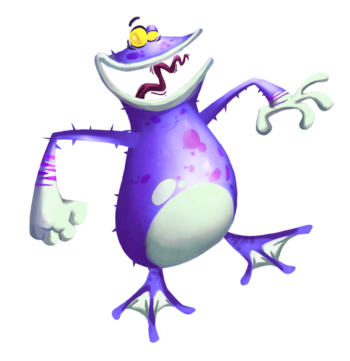 This once great hero has been possessed by Darktoons, and now spends his time trying to scare everyone. But it doesn't work so well as many people mistake him with Globox...
In-game description, Rayman Legends 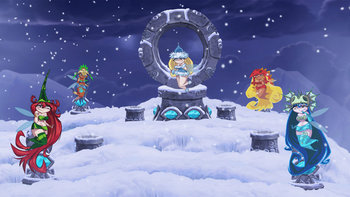 A group of fairies who Rayman must rescue throughout the game in order to gain a new power. They debuted in the original Rayman game and reappeared in the Origins continuity, where they are rewritten as sisters of Betilla the Fairy, who is the oldest.
Holly Luya 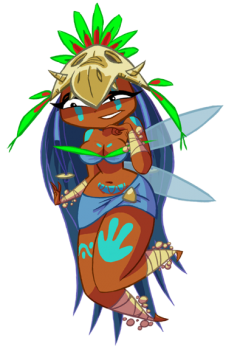 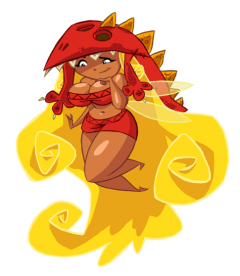 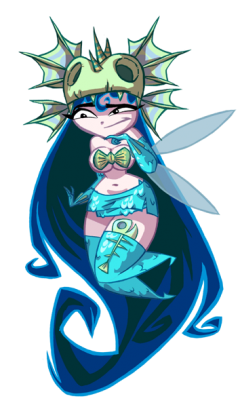 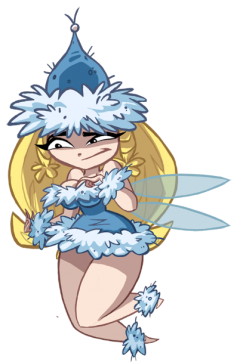 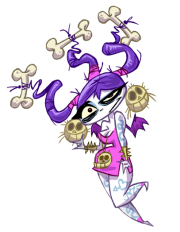 The last nymph Rayman must save. Unlike the others, she hasn't been kidnapped, but outright transformed into a monster, most likely by the Magician or the Bubble Dreamer's nightmares.
Wendy Weather
A scrapped Nymph who was planned to be included in the early stages of Origins, but was left out for some reason.

General Tropes
The kings of four lands that have been corrupted by the Bubble Dreamer's nightmares.
Carnivora
The Mocking Bird
El Stomacho
Creveton 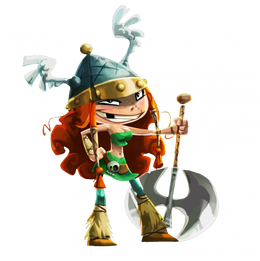 Voiced by: Doug Rand
A young princess who joins Rayman and co. on their adventures. Please note that most of these tropes also apply to the other princesses, who are sprite-swaps of Barbara.