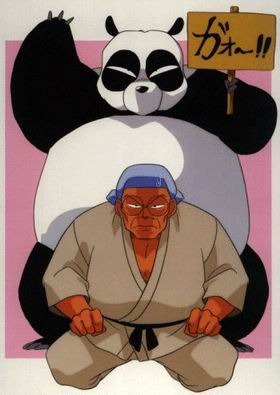 Ranma Saotome's father and sole parental figure for most of his life, Genma is a genuinely talented martial artist, but also a man of many faults, including laziness, greed, and self-centeredness. He does genuinely love his son and want what's best for him, but he is capable of being extremely childish and often doesn't realize that "best for Ranma" and "makes Genma happy" are not necessarily the same thing. Genma is the individual responsible (or more like, irresponsible) for some of Ranma's marriage engagements, the most important being the one with the Tendō household. Genma and Sōun Tendō are fellow pupils of Happōsai. 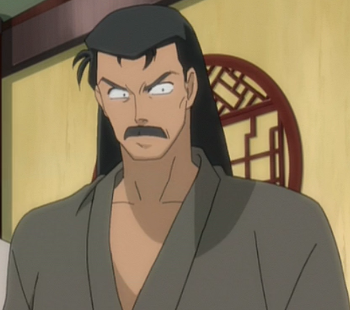 Akane's father is a widower who lost his wife about a decade ago to some unknown fate. Though he tries to present himself as the stoic, dignified, traditional sort of person, he is really very emotional and frequently prone to fits of dramatics. It's unknown whether the Tendō Dojo is a business dojo or a family dojo. Sōun's own job is left unclear in the original manga (the best evidence he even has one is that he once tries to use "going on a business trip" as an excuse when he thought Kasumi was angry, and it's possible that was just a gag and he's actually unemployed), but the anime shows him to be a member of the town council. Even though his source of income isn't very clear, he nevertheless manages to support himself, his three daughters, his three house guests and the frequent repairs with only occasional bouts of tight finances. Sōun, alongside his friend and fellow Happōsai pupil Genma, orchestrated the engagement between Ranma and one of Sōun's daughters, ending up being Akane. 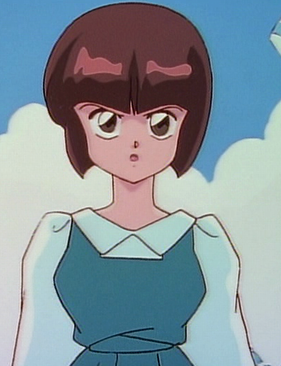 The second of the three Tendō daughters, this seventeen year old is a happy, popular girl, and quite at peace with herself, as well as extremely avaricious, manipulative, and completely amoral. Essentially, she owns a PhD in The Art of Being a Bitch. There are no apparent limits to how low she will stoop, nor to whom she will backstab when it comes to making money. Nabiki is a completely untalented fighter, but is able to quickly set up traps when necessary. Thus, she mostly stays out of the line of fire and watches the chaos like it's her own personal floorshow, but occasionally she deliberately sets up life-threatening situations — for her own amusement, or for the opportunity to make a profit. 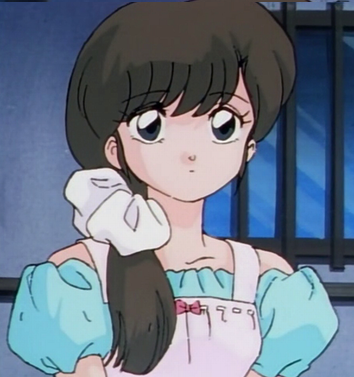 The eldest Tendō girl, Kasumi gave up any ambitions she might have had to become a homemaker after her mother died. This gentle, quiet girl does her best to ignore the chaos that now surrounds her and focuses on keeping the house clean and its residents fed. She is the object of Dr. Tōfū's desires, but it's never clear in the actual manga/anime if she reciprocates or even if she's aware of his feelings, with the memorial book finally clearing things up and saying that Dr. Tōfū's love is one-sided. 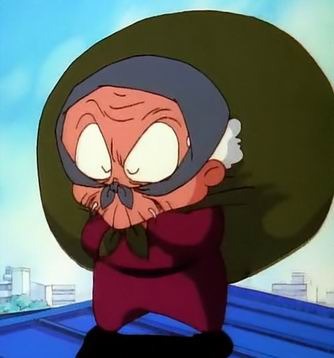 Sōun and Genma's abusive master and the founder of Anything Goes Martial Arts (the anime, at least, goes to the extent of having him refer to his moves as "Founding School Anything Goes"), this ancient pervert is the by far most powerful fighter in the series and lives solely to sate his own desires, usually getting away with it due to being the powerhouse he is, and is a frequent source of trouble. Sōun and Genma got away from him by getting him blind drunk, chaining him in a barrel, throwing it (and a bundle of lit dynamite) into a cave, and then sealing it with a boulder covered by a Zigzag Paper Tassel, but he finally managed to free himself and forced himself into Sōun's home. He claims to intend to train Ranma as his heir, but has barely ever actually done any training.