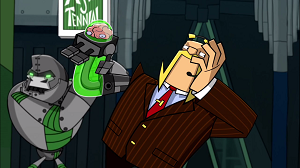 The owner of McFist Industries. He made a deal with the Sorcerer to destroy the Ninja for a superpower. 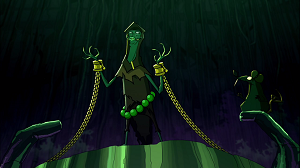 An ancient evil defeated and sealed by the Norisu Nine 800 years ago. In the present he made a deal with McFist to give him a superpower if he destroyed the Ninja. He "stanks" students (that is, turns them into monsters to do his evil will) to create enough chaos for him to escape his imprisonment. 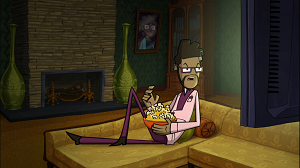 McFist's mad scientist who creates whatever evil machinations he asks for. 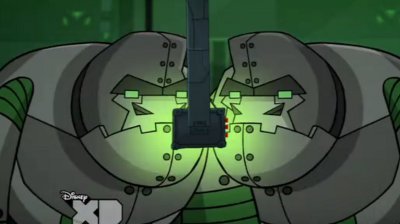 The backbone of McFist's corporate empire who serve a wide variety of functions that keep the various workings and businesses of McFist Industries running. They serve a far more sinister purpose as frontline enforcers of whatever. 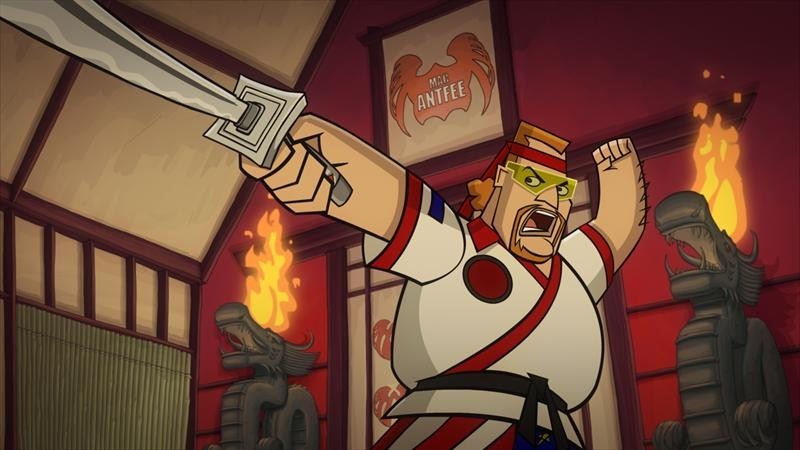 The Ninja of Graduating Class 1985. The only known Ninja to have actually lost the position due to abusing his power and being a jerk. He froze a Stank'd student to let it be a successor Ninja's problem. 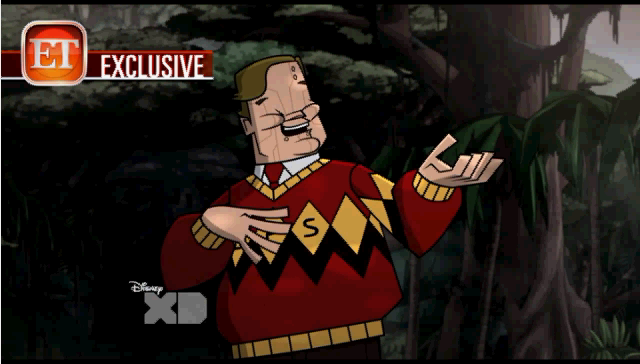 The caretaker of Detention Island who just happens to be a deranged and psychotic military robot/hologram repurposed for scholastic penalty. He really, really, really hates cheating.

A grotesque and powerful demonic bird entity that is the source of the Ninja Suit's power. It is fundamentally linked with the suit's wellbeing; Whatever damage one incurs, the other receives in turn. This also extends to the person (if any) wearing the suit during said injury. It is tentatively sealed in the stone eye of the atrium floor mosaic. 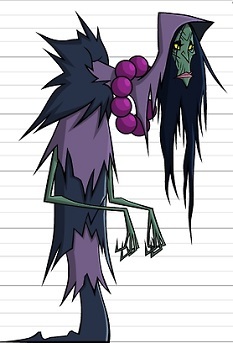 The Sorcerer's soul mate (Read:psychotic lady lizard) from eons ago. 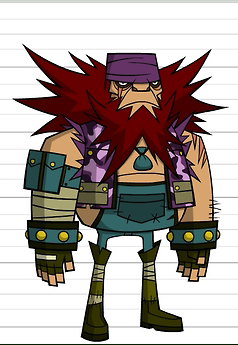 A psychotic Cajun trapper who made his first appearance in "Swampy Seconds". He uses a magic purple powder, which he got from the "Spirit of the Swamp," to control the animals of the swamp. This purple power can also stank him at his own will, turning him into a Pythanthigator. 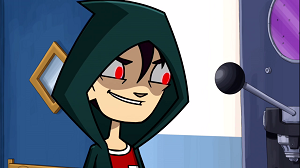 An alternate personality to Randy created by the Nomicon and representative of a "no-Nomicon" Randy, he's a flirtatious, irresponsible, and jerky guy who couldn't care less about the lessons he should be learning as the ninja. Though he was originally created by the Nomicon to teach Randy a lesson (trapping Randy in the book and taking over his body), there are signs that he might be capable of independent action and thought, since he prefers life outside the book and uses potentially lethal force on Randy when they confront each other in the outside world.

A variation/mutation of the Ninja Suit that is unleashed when Randy uses the Nomicon's reservoir of fear-based magic. 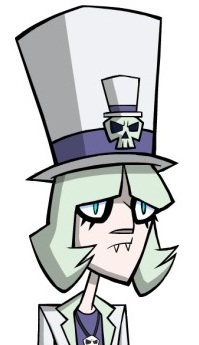 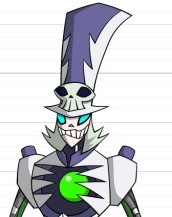 An evil counterpart of Julian, created from one of the Sorcerer's Orbs of Power.