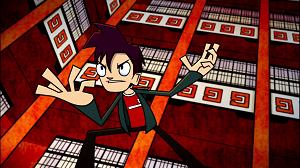 The star of the show and the current Norrisville Ninja. Armed with his magical ninja suit, Randy will take on monsters, mecha-monsters, and madmen as he attempts to keep that creepy Sorcerer in his hole. 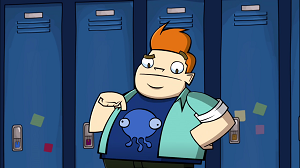 Howard is Randy's best friend, and despite the fact that he’s got a huge mouth, he is the only person who knows Randy is the Ninja. He is Heidi's younger brother.

A magic book containing all the knowledge and wisdom of all the former Ninjas that have written in it. Though it does not speak, it acts as an unorthodox mentor to Randy, oftentimes giving him advice or disciplining him when he goes too far. The protagonists often talk to it as if it's a character in and of itself.