The list of Randle Sim Racing characters, who are made by Dee Jay "Daveybird" Randle. Many come from the World of Funny Animals Randleton. Daveybird and more recent characters are from the real world or elsewhere. 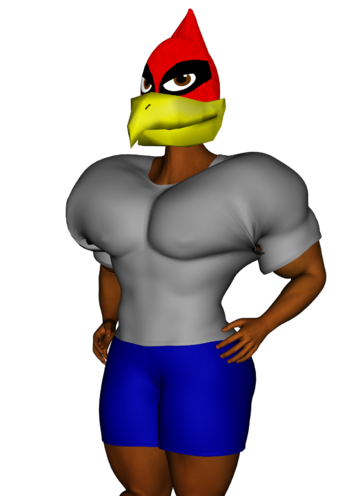 Daveybird Randle is the mascot, spokesperson, and persona for Dee Jay Randle in RSR, who is something of a loose cannon for the RSR team. He doesn't play well with others, and that is why he formed RSR, making almost every decision. He's a guy with a Cardinal head and tailfeathers, who can also transform into different forms of his Cardinal-self. He loves racing, art, and having a good time with friends and family!! He is voice acted by Dee Jay Randle. 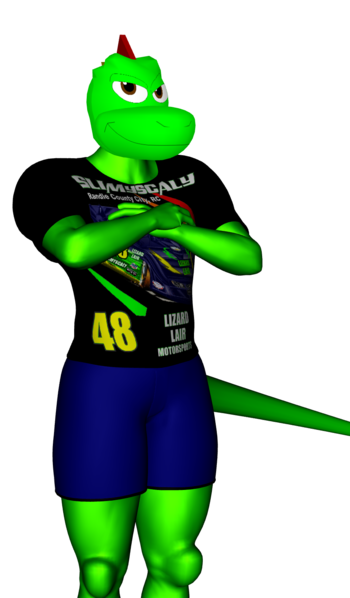 Slimyscaly is a young, wealthy Lizardman who races Dirt Super Late Models, with money that he made himself as a middle school kid in the mid-2000s starting Lizard Lair, a multipurpose skyscraper for entertainment and shopping, which started with him selling his paper car ideas to some wealthy buisnessmen. He is now a Dirt Late Model superstar in the fictional country of Randleton. He is voice acted by Dee Jay Randle.