The ALICE Church, more commonly known as the AL Church, is home for the largest religion in the Continent. Founded long ago during the SS Era, in the old days of humanity, it had the same function as you can expect of a church. As such, their goal is to guide humanity to happiness and salvation, accompanying them all the way to the afterlife, while forbidding sex and alcohol.

It is also a non-profit organization, but makes it up by getting massive donations from followers since they are the most prominent religion, and even own a private army, mainly made of Temple Knights. Finally, the church is located in the remote island of Kawanakajima, located in a river between Zeth and the Free Cities. Most of their members are Priests and Bishops, with the main criteria of selection requiring to have some form of Divine Magic abilities, ruled by the Pope, absolute leader of the Church and acting as the goddess ALICE's representative.

In fact, the AL Church mainly serves as a means to manipulate human society, in order to satisfy the Gods' thirst for entertainment and chaos, with ALICE serving as a direct intermediate between the Pope and the Creator God Rudrathaum himself. Every Pope is made aware of this during their appointment, making them yet another pawn in the Gods' Hierarchy despite having the best interests of humanity at heart. 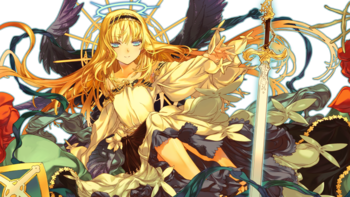 The goddess worshipped by the AL Church. Her job is to guide humanity in the way the gods desire it... which usually means creating chaos and conflict while posing as a benevolent and loving deity. She is highly secretive and will only reveal herself to the Pope of the AL Church. 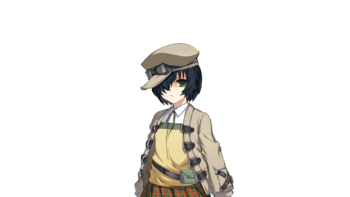 The current Pope of the AL Church, Crook is a silent but very smart girl with a vast knowledge of the world, knowing most of the current lore of the Continent. Her goal is to search for Balance Breakers around the world to seal them, and later joins Rance during her time as a bishop in Rance Quest due to his unusual demeanor and his tendency to attract other Balance Breakers, eventually falling in love with him along the way. As a Pope, she boasts a unique Lv3 Skill in Divine Magic, making her one of the most powerful people able to heal, purify, and remove curses seamlessly.
Duran Teyuran
The former Pope of the AL Church, who dies shortly before the beginning of Rance Quest. Eventually revealed to be Crook's father.

Plays a larger role in Kichikuou Rance, where he remains the Pope and opposes Rance's conquest. 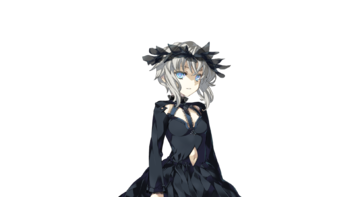 40 years ago, Am was elected as the first female pope of the church. However, her reign was short-lived, as upon learning the truth about Rudrathaum and the Continent, she disappeared as she was unable to accept that every being on the Continent was just a plaything of the Gods. She reappears nowadays having found a way to allow humans to rebel against the Gods, as the leader of the Shepherds. Her newfound goal is to induce Soul Pollution to all humans, as doing so prevents them to return to the Creator God, weakening him in the process. However, to have high Soul Pollution requires one to be extremely depressed and/or mad, as such she intends to push humans past the Despair Event Horizon as much as possible. 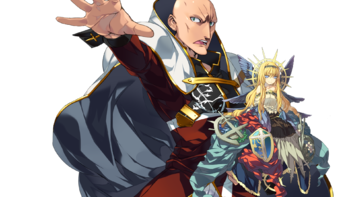 A very passionate individual met by Rance a couple of times across the series. He chronologically appears in Rance 01 and 03 as a priest of the AL Church, sometimes appearing in dungeons to heal Rance and his group, and participates in the 7th Helman-Leazas War.

He then came back much later in Rance Quest as an Archbishop, and eventually serves under the new Pope Crook Mofus.

Oz Tortoise
Roule Enron
One of the four Bishops of the AL Church. An extremely elderly man who is obsessed with becoming Pope. 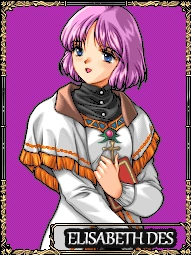 A priestess of the AL Church who only appears in Kichikuou Rance. She is given to Rance as a gesture of goodwill by the Church. 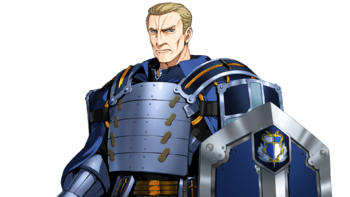 Head of the Church's Temple Knights, the military arm of the organization. He keeps his position secret from his family to avoid worrying them. 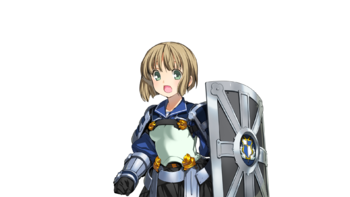 A young University student, Sachiko is saved from monsters by Rance... who promptly makes her his slave as a replacement for Sill. She's a primary character in Rance Quest.