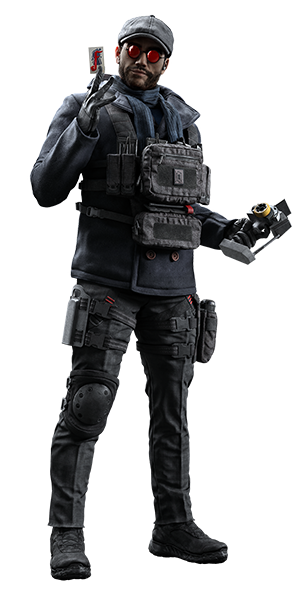 "In life, you have to commit to the things that make you happy. For me, that's robbing the rich and corrupt."
Real Name: Santiago Miguel Lucero
Team: Attackers

A thief-turned-FBI asset from Buenos Aires, Flores is equipped with the RCE-Ratero, an explosive drone enters a bulletproof state and anchors itself before detonating, either on command or once its timer expires.