Is this the face of a man who would lie to you?'

The main character of the first season. A roguish bounty hunter with a sharp wit and a massive afro under the command of Bacchus whose drunken bragging of his adventures lead him to forming a contract with Amira.

The only surviving member of the once glorious Lidfard family. Nowadays, he's driven by his vendetta against Favaro. 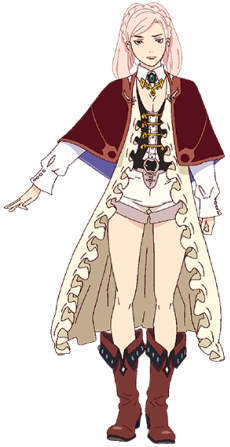 A mysterious woman who fell from the sky. She, by all means, wants to reach the northern land called Helheim to find her mother.
Voiced by: Risa Shimizu (Japanese), Tia Ballard (English)
Rita

Rita is a seemingly young necromancer, known for being the only surviving citizen of the Nebelville massacre. After being spared by Kaisar and becoming an undead, she now follows the main cast in their travels.
Voiced by: Miyuki Sawashiro (Japanese), Apphia Yu (English)
Nina Drango 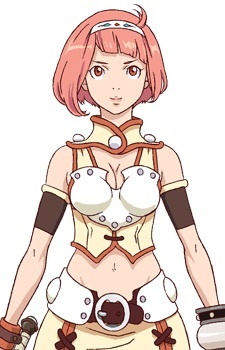 The main character of the second season. A 16-year old weredragon who has arrived to Anatae to become a bounty hunter. Favaro was her mentor before coming to the city. 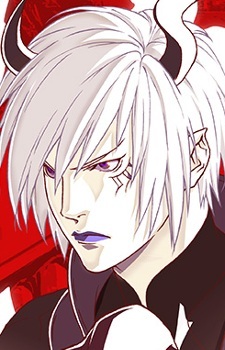 A powerful demon sent by Lucifer to investigate on the case of Amira, who stole the God Key from Heaven through suspicious means. He is accompanied by Pazuzu and Cerberus, and operates aboard the living ship Gregor.

In a strange twist of fate, he returns in a more heroic role as one of the main protagonists of Virgin Soul. 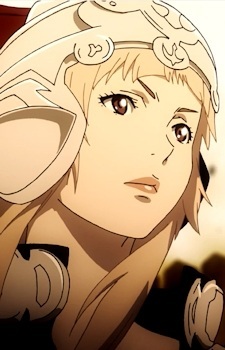 One of the captains under Jeanne's command.

The king ruling over the city of Anatae. 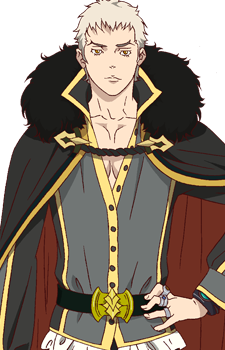 The new king of Anatae, who has brought great prosperity to humanity in the 10 years of the aftermath of Bahamut's rampage, but at the cost of enslaving the demons and looking for forbidden power from the gods. 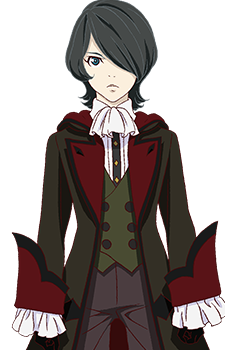 A quiet boy and Azazel's assistant at his demon funeral home. He was rescued by Azazel from slavery 2 years prior to the start of the story.

A young knight who used his noble birth to secure a place in the Orleans Knights. However that same order, having lost its former glory, is now the cause of his frustration.

A knight who provides aid to Kaisar as an adjutant of the Orleans Knights. A very caring person, he's always worrying about his subordinate Alessand.

The leader of the Onyx Knights and Charioce XVII's second in command. 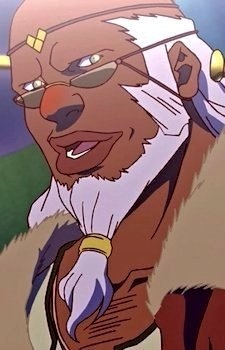 The God of wine and boss of the bounty hunters. Travels around with Hansa in a magic carriage and spends most of his time drinking. 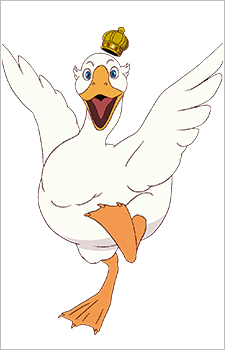 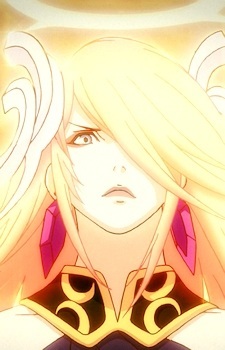 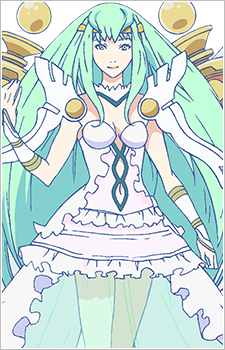 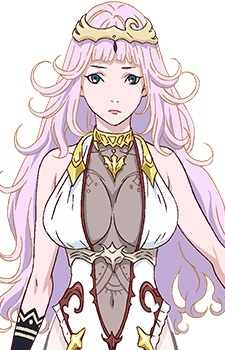 An angel in service to Gabriel and a candidate to become one of the four archangels. Disguising herself as human, she has come to the capital on assignment; find the child with Mismatched Eyes.

Voiced by: Maaya Sakamoto
Ridwan
An angel encountered by Nina and Jeanne when they arrive to the Realm of the Gods.
Voiced by: Hisako Kanemoto
Zeus

One of the deities who participated in the prologue's battle against Bahamut, Zeus sacrificed himself along with Satan by turning respectively into the God Key and the Demon Key, which are required to lift the seal on the defeated and dormant Bahamut.

Another deity who participated in the fight against Bahamut 2000 years prior to the main story, Odin tagged along with Satan to overpower the dragon's defences. 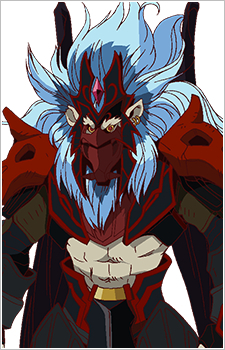 One of the demons accompanying Azazel in his mandate to investigate the theft of the God Key, Pazuzu is a blue-furred, anthropomorphic lion who wears a mussle concealing most of his face. 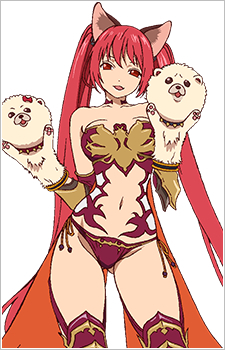 The other demon accompanying Azazel on his investigation of the God Key, Cerberus is a playful and childish girl tasked with scouting through the use of her two minor "heads", which are talking mittens shaped like stuffed plushies. 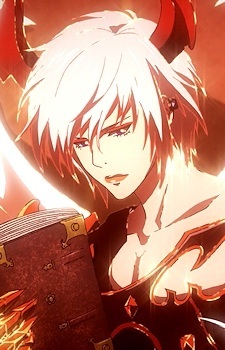 The leader of the Fallen Angel faction within the Demon Realm, Lucifer united most of the demons following Satan's sacrifice, though he does not rule over them all. However, he is unaware that his rival, Beelzebub, is subtly plotting to revive Bahamut. His hobby is reading books. 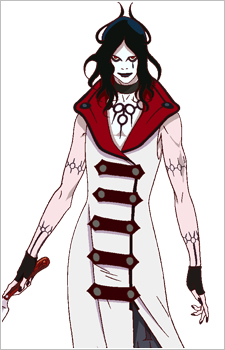 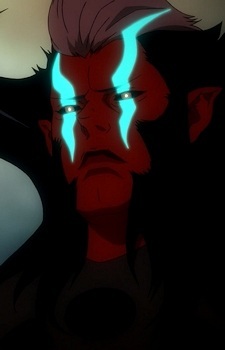 A rival Demon Lord to Lucifer and Martinet's master, Beelzebub seeks to revive Satan at all costs, even if it means opposing the angels. His true motive, however, is to unseal Bahamut and control its power, and has been plotting for countless years to achieve that.

Voiced by: Ryuzaburo Otomo (Japanese), Vic Mignogna (English)
Belphegor
A demon woman member of the resistance along with fellow demon Dante. She supports Azazel in his rebellion against Charioce XVII.
Voiced by: Rena Maeda
Satan

The ruler of the Demon Realm 2000 years prior to the series, Satan collaborated with the gods and humanity to stand against Bahamut's threat, and turned himself into the Demon Key, which would keep Bahamut sealed away as long as it and Zeus' God Key are never reunited. 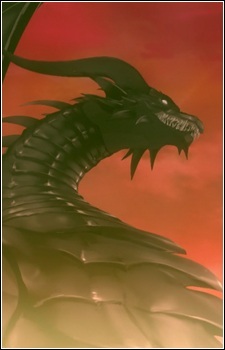 The titular dragon. For eons, Bahamut waged cycle after cycle of destruction upon the world, but each time was thwarted by the combined efforts of mankind, the gods and the demons, with the most recent occurrence happening 2000 years ago, where Zeus and Satan sacrificed themselves to seal the monster. The key to the seal was then divided into the God Key and the Demon Key so that they would never reunite, thus preventing Bahamut's revival.
Ancient Forest Dragon

A dragon residing in a parallel dimension who was forced into a deep slumber when his foot was hit one of Bahamut's stray barbs during the war 2000 years ago.