The Descender of the world of Luminasia. S/he awakens at the Rhubarb Mountains with no recollection of his/her memories. They are found by Kanonno and upon finding that the Protagonist has amnesia, she decides to take them to the Van Eltia. There they are greeted by Ange Serena, the leader of the guild known as Ad Libitum and allowed the Protagonist to join the guild since they travel around the world and might help regaining his or her memories.

The manga counterpart of the third game's Protagonist. Aldi is cheerful and easy-going, not minding his lack of memories due to a perceived amnesia. He sometimes gets excited easily, much to the shock of the other guild members. Because of his lack of knowledge, he is somewhat naive, dense, and clumsy at the times, coupled with his straightforwardness and bluntness. Nevertheless, he is a kind and determined individual and owes his loyalty to the friends he wishes to protect. 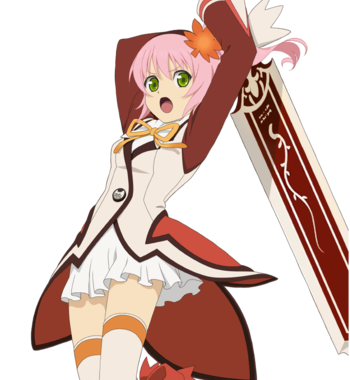 A kind and cheerful 15 year-old girl who is an active member of Ad Libitum. Both of her parents were doctors enlisted by her country's military, and both died in the war. With her home gone, she was raised by one of her family's butlers, Rocks, who traveled around the world. She witnessed the beginning of Ad Libitum in one village, and enlisted as a member ever since.

She has a sketchbook containing a scenery which no one has ever seen before which she has been searching for. She finds the Protagonist while on a quest, and because they don't remember anything besides their name, Kanonno takes them to the Van Eltia, where they join the Guild Ad Libitum and she introduces them to the rest of the guild. 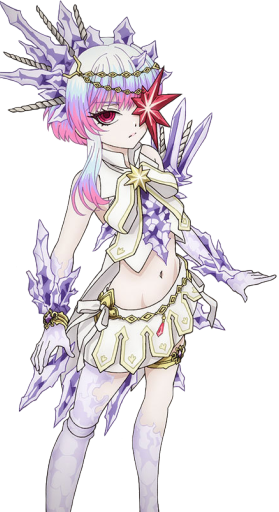 "Open! The gate to Utopia! The wave of creation will create a light!"

A woman who has the same powers as the Protagonist and has a plan to rebuild Luminascia into her own world. Due to her influence she is able to crystallize monsters and people alike. Unlinke the other antagonists in Radiant Mythology, she is very emotional, because of what happened to her world and can't accept humans from Luminascia and the world itself. Due to her powers as a Descender, she was mistaken by the people of Luminasia as their Descender although she used that to her advantage, in order to accomplish her goal.

Servants of the Dawn

Servants of the Dawn

The Servants of the Dawn are members of a cult of sorts that have been awaiting the arrival of the Descender as a type of religious figure. Unknowingly they are serving the wrong Descender. Doesn't go well for them. They worship Lazaris to make a better future of Luminasia, but Lazaris has some other things she'll reformat Luminisia to Gildia, her own world. Turning people into crystal slaves is just a start, but the player senses that he can help them and purify them. (Jade and Ange's story mission) 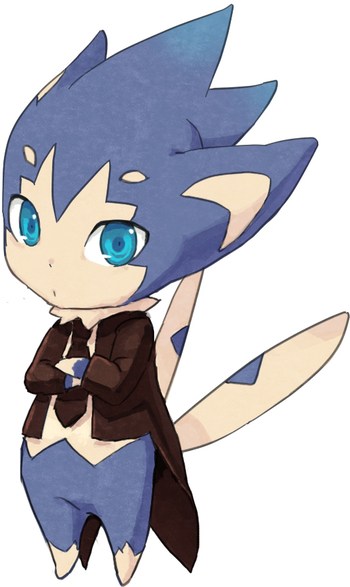 "Hello, nice to meet you. My name is Rocksprings, but you can call me Rocks."

His full name is Rock Springs. A Natsu-Natsu, who lived with Kanonno and her Parents and was also their butler, before the events of the main game. After Kanonno lost her parents in war, he raised her and taught her how to use a sword. 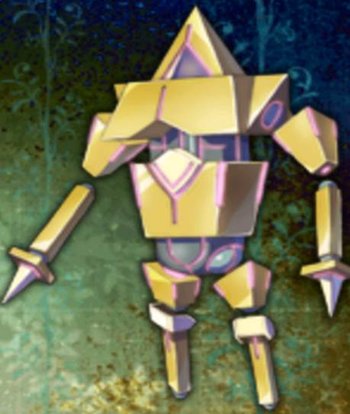 "That's right, without creation no sin is born, but joy is not born either."

A spiritual group that served a descender of a different world called "Pasca". Like Radiant Mythology 2 it has a physical form. Currently travels all over the world to know all of the world trees and increase its knowledge. When the crisis comes to the world, he promises to lend his power and knowledge to the people living there.
Spoiler character

The origin of the World Tree, being responsible to observe and maintain the balance of the universe. In order to do so, it reincarnates itself as a Kanonno in worlds of its choosing to guide and support the Descender of that world for as long as possible. Her world was destroyed by crustal movements, but choose itself as a base for a brand new world tree. Because the world was lonely by itself, she created a number of worlds to help each other. She became the seed of the world tree and gave birth to many worlds, connecting it's life with other worlds to learn with everyone from those different worlds. Because all worlds were create from her new world tree, she considers all worlds to be a precious family. 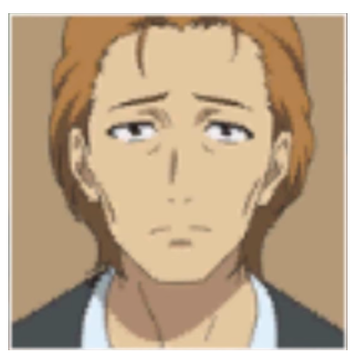 A man who requests to be escorted deep into the Brownie Mines in order to get a mysterious cure for his sickness.
Thomas 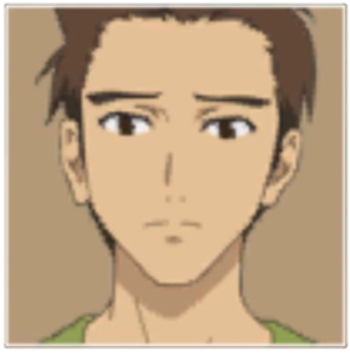 A man found in a crater with Joan, during a mission with Cless and Iria.