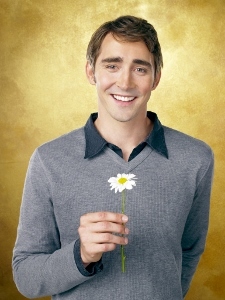 "What makes me different has also brought everyone I love into my life."

A young man who discovered at an early age that he possessed the power to bring back the dead, but only for a minute, or something else in close proximity would die in return. After realizing — through his resurrected mother kissing him goodnight — that a single touch would kill them forever, Ned is shipped off to boarding school by his absentee father, separating him from his childhood sweetheart Chuck.

Some years later, Ned has become a piemaker who makes money on the side by partnering with Emerson Cod, a private investigator, in resurrecting the victims of difficult murders in order to track down their killers. He lives a smooth, if emotionally detached life, until he learns of Chuck's murder and inadvertently lets her live longer than her intended one minute. Along with Emerson, occasionally Olive, and definitely Digby, They Fight Crime!. 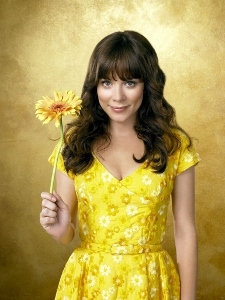 Ned's childhood sweetheart. Upon the death of her father, who had died to balance out the revival of Ned's mother, she is sent to live with her aunts Lily and Vivian. She and Ned do not meet again until he is called upon to solve her murder on a cruise ship, upon which he accidentally revives her (killing the funeral home owner in return). Despite being legally dead, Chuck manages to reintegrate herself into Ned's life, rekindling their romance along the way, but on one condition — they can't ever touch, or else Chuck dies again forever. Her kind, free-spirited nature provide good faith and cheer to the show's dynamics, something Ned is appreciative of. 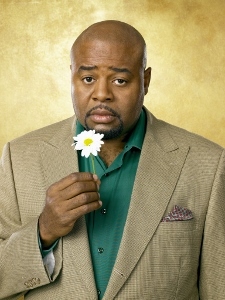 The truth ain't like puppies, a bunch of them running around, you pick your favorite. One truth and it has come a knockin'.

A private investigator who frequently partners with Ned. Dour and sour, he provides some of the show's more down-to-earth comments. He's also a very avid knitter, using the hobby as a stress relief. 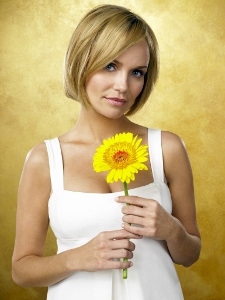 "Wouldn't it just be rock 'n roll if liking someone meant they had to like you back? 'Course that would be a different universe and something else would probably suck."
Portrayed by: Kristin Chenoweth

Tiny, adorable Olive is Ned's neighbor, a waitress at the Pie Hole, and unfortunately hopelessly in love with Ned. Despite her initial dislike for Chuck, the latter eventually warms herself to her. At the same time, Olive strikes up a friendship with Chuck's aunts. 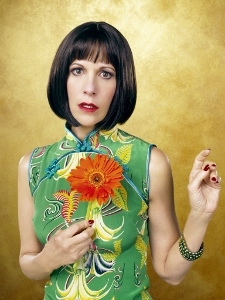 "Lying to yourself about love never works."

One of Chuck's aunts, who is the softer, kinder one of the two. She and Lily were once the famous synchronized swimming duo Darling Mermaid Darlings. 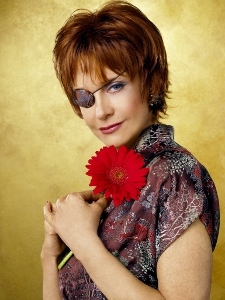 The other of Chuck's aunts, who is colder and snarkier than her sister. She and Vivian were once the famous synchronized swimming duo Darling Mermaid Darlings.

Ned's beloved childhood golden retriever. When Ned was nine, Digby was run over by an eighteen-wheeler. Ned's sorrow at this led to him discovering his mysterious power. In the present day, Digby still lives with Ned, but is frequently cared for by Olive.

The coroner at the morgue where most of the victims of the week end up. He's more than a little suspicious of Ned and Chuck, and how Emerson keeps bringing them along on investigations.

" If I loved you... Then I would love you in any way I could, and if we could not touch, then I would draw strength from your beauty... And if I went blind, I would fill my soul with the sound of your voice and the contents of your thoughts until the last spark of my love for you lit the shabby darkness of my dying mind..."
Played by: Raúl Esparza

A Traveling Salesman who treats his own fear that Earth's atmosphere will get sucked away through various homeopathic remedies. He gives Chuck antidepressants that she bakes into her aunts' pies. He's also in love with Olive.

"Nothing sells books like a little murder and mayhem."
Played by: Paul Reubens

Originally introduced in "The Smell of Success," a smell expert who believes fouler smells improve the human condition. He becomes a recurring character after becoming curious about Chuck and Digby's unique smells.

Originally introduced in "Bitches" as a dog breeder and trainer, and is easily the most ruthless and pragmatic of Harold Hundin's wives. She and Emerson develop feelings for each other during the investigation, and she becomes something of a Love Interest for him.

A roommate and client of the frescort Joe, Randy is a socially awkward amateur taxidermist with more than a few similarities to Ned. He appears again as a Love Interest for Olive.

Another classmate of Ned's who appears in two of his flashbacks to the Longborough School For Boys.
Family Members

Ned's unnamed mother, the first person to be resurrected from his gift at the cost of Chuck's father. She died again upon kissing him goodnight.

Ned's unnamed father, who left him at boarding school with the promise "I'll be back." He actually moved away to his new family, an unnamed woman and the twins Maurice and Ralston.

Chuck's father, who died when Ned's mother was resurrected for more than one minute.

Emerson's strict, no-nonsense, Caucasian mother, who taught him everything he knew about private investigating.

Ned's twin half-brothers by his Disappeared Dad. They work as stage magicians.

From "Dummy." An automobile safety specialist at the Dandy Lion Worldwide Industries.

From "Dummy." A model for the Dandy Lion SX.

From "Pie-lette" and "The Fun in Funeral." Along with his brother Louis, he runs the Schatz Brothers Funeral Home. He was killed to balance out Ned's revival of Chuck.

From "The Fun in Funeral." Along with his brother Lawrence, he runs the Schatz Brothers Funeral Home.

From "The Fun in Funeral." A man whose prized family heirloom, a sword dating back to the Civil War, was stolen. He vows revenge upon the Schatz brothers for this.

From "Pigeon." A one-handed criminal who breaks out of prison in search of a hidden treasure his deceased cellmate told him about.

From "Pigeon." A homing pigeon that lost its wing and is later nursed to health by Lily and Vivian. Later revealed to belong to Elsita's mother.

From "Girth." A young man who'd been hyped as the best jockey of his age until his tragic death in a horse race Olive participated in.

From "Girth." The three other surviving jockeys of the Jock-Off 2000 (Olive being the fourth). Lucas is killed by what he claims is the ghost of John Joseph Jacobs, and the other three survivors meet up to discuss it.

From "Bitches." A famous dog breeder who is poisoned by, he tells Ned before his one minute is over, his wife. Too bad he forgot to mention that he has four.

From "Bitches." Harold Hundin's three other wives (the third, Simone, has her own section above). Hillary owns a designer petwear store, Heather is a pet psychologist, while Hallie breeds Labradors as seeing-eye dogs and donates them to the blind.

From "Bitches." A pet store chain owner and friend of Harold.

A student and protege of LeNez, Anita Gray is killed in a freak bomb accident while snooping through a booby-trapped advance copy of his book.

From "Bittersweet." A Brother–Sister Team who open a taffy and sweets emporium opposite the Pie Hole, seemingly intent on driving them out of business.

From "Bittersweet." A burly man who kills the episode's first Victim of the Week when the latter questioned his relationship with a life-sized doll.

From "Bittersweet." A health inspector whose surprise inspection of the Pie Hole ends up temporarily closing the place.

From "Corpsicle." A young man whose requests for a heart transplant are continuously denied by Über-Life Life Insurance.

From "Corpsicle." A perky agent of the Make-a-Wish Foundation whose only desire this Christmas is to see Abner smile. She's obviously having a hard time with this.

From "Bzzzzzzzz!" The potential new face of Betty's Bees, replacing previous Number One Bee-Girl Betty — something that the team suspects is highly connected to her murder.

From "Bzzzzzzzz!" Kentucky's grieving husband, who brings her murder to the team.

From "Bzzzzzzzz!" The founder and president of Betty's Bees before it was taken over by Woolsey Nichols. Kentucky's former employer, with whom she shared a sisterly relationship.

From "Bzzzzzzzz!" The new owner of Betty's Bees following his hostile takeover of the company.

From "Circus Circus." The head clown at the Circus of Fun.

From "Circus Circus." An acrobat at the circus.

From "Bad Habits." A nun who'd taken Olive under her wing. She was in charge of the convent's truffle harvest before her death.

The priest at the convent.

From "Frescorts." A beautiful woman who comes to Emerson about the death of her best friend Joe.

From "Frescorts." CEO of My Best Friend Inc., a frescort company where people are hired to become friends.

From "Frescorts." A "frescort" at My Best Friend Inc., who had been hired by Veronica, Eugene, and Randy.

From "Frescorts." A perky receptionist at My Best Friend Inc.

From "Frescorts." Supposedly the dorky school mascot of Buddy's high school years. Except not really.

From "Dim Sum, Lose Sum." Bao Ting's daughter, a waitress at the restaurant.

From "Dim Sum, Lose Sum." Head of a gambling ring.