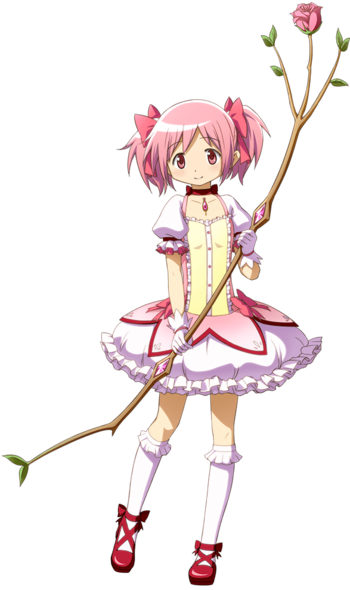 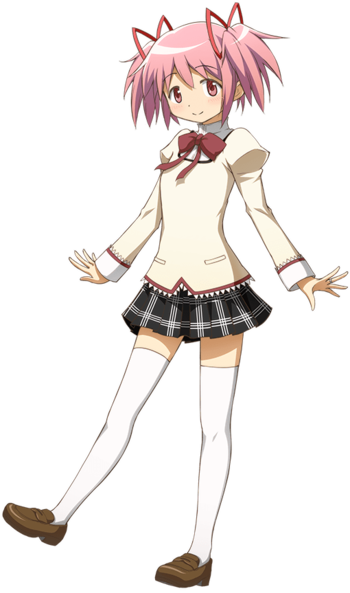 A well-behaved girl who doesn't consider herself to have any particular athletic or academic prowess. This lack of confidence feeds into a strong sense of selflessness that on some occasions is a positive thing but a negative one on others. After saving Kyubey from Homura, she considers forming a contract and becoming a Magical Girl, which she believes will finally enable her to help other people.

Kyubey is determined on contracting her, but Homura intends to stop this from happening. 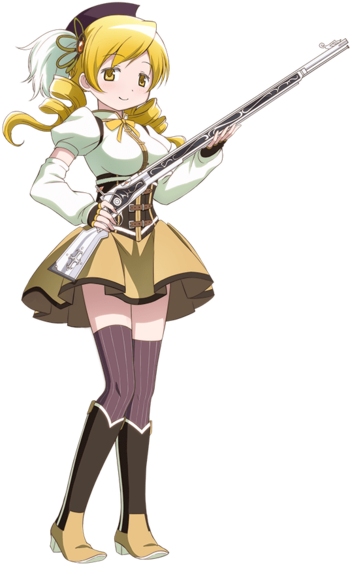 A nurturing upperclassman at Madoka's school and a veteran magical girl. She wields an infinite number of magical flintlock rifles along with various ribbon-based binding spells. Her parents died in a car accident, and she lives alone. 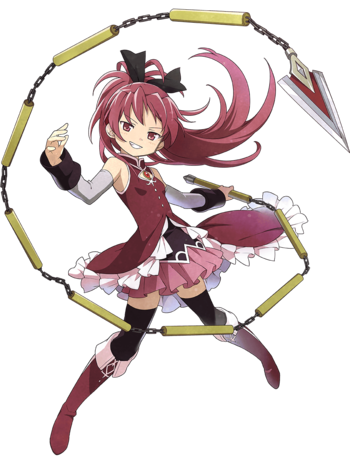 A veteran magical girl. Introduced as morally ambiguous and selfish, she first appears as a foe to Madoka and Sayaka, serving as a "pseudo-villain" for a few episodes. Her view of a magical girl's duties is ruthlessly utilitarian; for example, on her first encounter with Sayaka, she suggests allowing a familiar to feed on humans and mature into a witch so as to ultimately gain a grief seed from slaying it. She wields a halberd with a segmented, chained shaft, giving her weapon dangerous flexibility and reach. However, in the end she reveals she's not at all the bad person she seemed to be...

If you want to read about her from her perspective, click here.