The cast of Psych are a colorful and strange collection of crimefighters with memorable personalities. 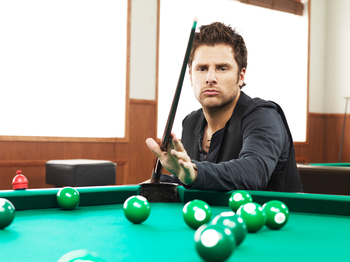 "I wouldn’t say crazy. Maybe an eccentric who looks good in jeans."
Played by: James Roday (Adult,) Liam James and Skyler Gisondo (Child)
"The best way to convince people you're not lying to them is to tell them you are." 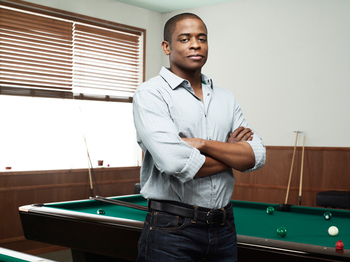 Shawn's best friend since elementary school, Gus is a pharmaceutical salesman who has his life turned upside down by the return of his best friend to town, who convinces him to become a private detective. 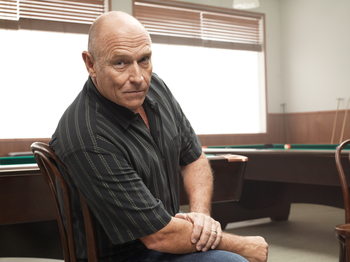 "Don't be an idiot. I'm not one of your fans. I barely even like you."
Played by: Corbin Bernsen
"Shawn, these things are a fantasy. Real heroes do not wear a cape and they don’t wear their underwear on the outside. The guys who wear capes? They’re on angel dust."
Shawn's father and a retired policeman. He devoted Shawn's childhood to sharpening his skills to a powerful degree though it did lead to a strained relationship. He's well-meaning, but a bit of a control freak.
Detective Carlton Lassiter 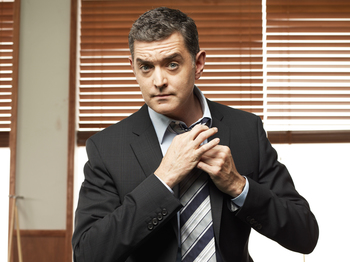 "I've got guts and cellulite. I don't even need a warrant."
Played by: Timothy Omundson
"Unlike everyone else around here, I'm not fooled by the fact that you wear grownup clothes, have mastered the rudimentary levels of communication, and somehow manage to feed yourselves. I see you for what you are: children. So do me a favor and let the grownups do their work."

Shawn's most vocal critic om the police force, Detective Lassiter is the show's resident Inspector Lestrade. While a perfectly competent and efficient detective in his own right, Lassiter's rigid demeanor means he often needs the more intuitive Shawn to complete the case for him. 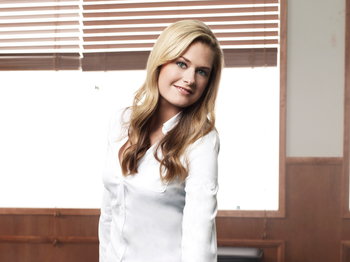 "God I used to be a detective, now I'm a babysitter!"
Played by: Maggie Lawson
"Honesty is everything to me, Shawn. It's the only thing."

A kind-hearted, dependable detective who has some Unresolved Sexual Tension with Shawn throughout the series. 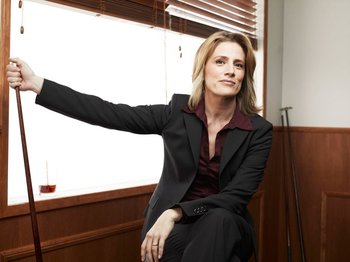 "I can sit here all night, Betty. I have a six-month old who still has colic. I consider this a repreive."
Played by: Kirsten Nelson
“It's just that laws keep changing. It's getting very challenging to keep up with them all. For example, did you know that it is now illegal to give a possum a perm?”

The Police Chief of Santa Barbara. Like Lassiter, she's often distrustful of Shawn's methods, though she's less outright belligerent than he is.

A normal officer that Shawn and Gus befriend and often a supporting character. The series finale has him move up to become Junior Detective.

The mortician of the Santa Barbara police department and quite an odd friend.

Introduced in the latter half of the final season, she's the new Head Detective after Lassiter is promoted.

Played by: Zachary Levi
Others

A Catholic priest that Shawn and Gus knew since when they were young. Became involved in their lives again when he returns to Santa Barbara just in time to get involved in a murder / exorcism case.

A criminal profiler who uses psychology to solve cases. He made investments after the housing crisis which made him a multi-millionaire. He's developed his skills by studying and reading but lies about his credentials because he was bored and thought profiling looked fun.

One of the members of Tears for Fears, hired on by Declan Rand for private entertainment. And then randomly appears again in later episodes.

Gus's one and only long-term girlfriend throughout the show starting in Season 6. She turns out to also have a son named Max.