Characters / Problem Children Are Coming from Another World, Aren't They? 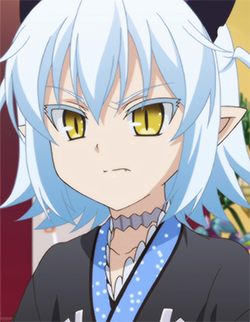 The strongest of the Eastern Floor Masters, leader of the 4-digit community "Thousand Eyes" and the boss of Kurousagi. Shiroyasha looks like somewhere 10 but is actually a sun goddess from legend and hence many times older than that. She has a perverted side and enjoys toying with Kusousagi, who got her current work dress from Shiroyasha. She imparts the wisdom of true art to Izayoi (read: "It's better to imagine what Kurousagi is wearing underneath that skirt than actually seeing mere crude panties.") 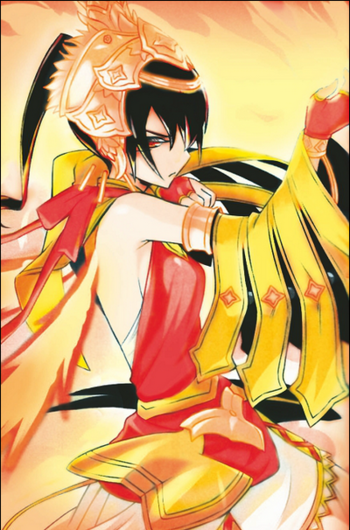 She is one of the Seven Great Demon Kings from the Journey to the West.

Lamia is a vampire princess and Leticia's sister, she made her first appearance in the Short Story "the story between the vampire maid and the storyteller" 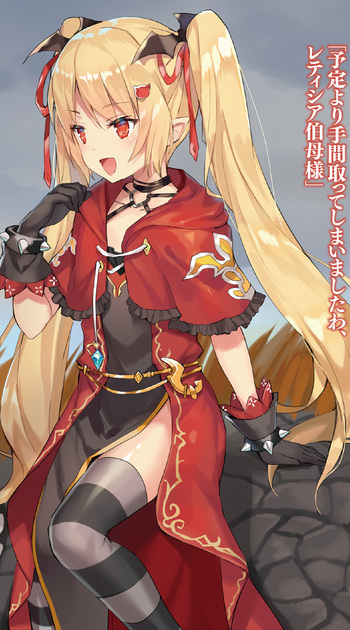 Lamia is a vampire and Leticia's niece, being the daughter of Leticia's sister, she is introduced in "Last Embryo" as a member of the Ouroboros community under the nickname of "Vampire Princess". For unknown reasons she has the same name as her mother.