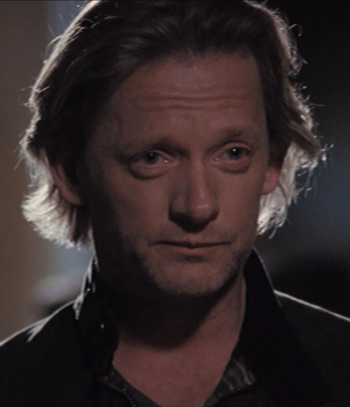 A professor of evolutionary zoology, and the leader of the team. A little off-the-wall, not to mention a host of issues relating to his wife, Helen, who vanished in mysterious circumstances... then turned up again, being by this point more or less insane. Played by Douglas Henshall. 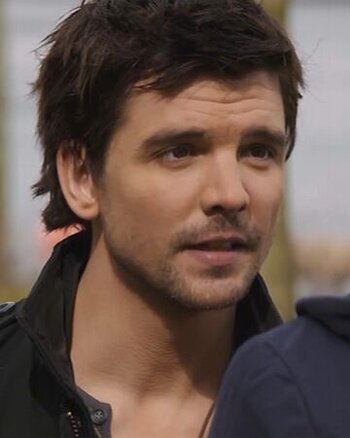 One of Nick Cutter's students. While not initially the most reliable person, Connor is highly intelligent. He's been maintaining his own database of prehistoric creatures for years, and he developed pretty much all of the ARC's technology (save the EMDs). He moves in with Abby partway through Season One. 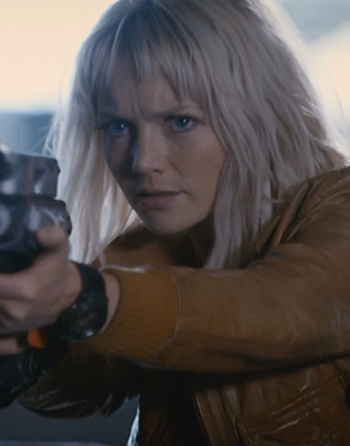 A zookeeper who joins the team in the first episode. Abby's primary contribution is her acute understanding of animal behavior and psychology. Enters a relationship with Connor, and proposes to him at the end of Season Five. 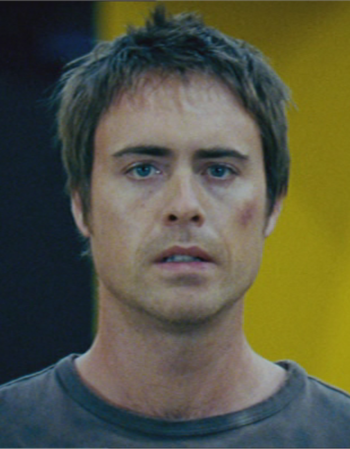 Cutter's TA. Served as the show's resident badass for the first season. He turns out to have had an affair with Helen in the past. Dies at the end of Season Two. 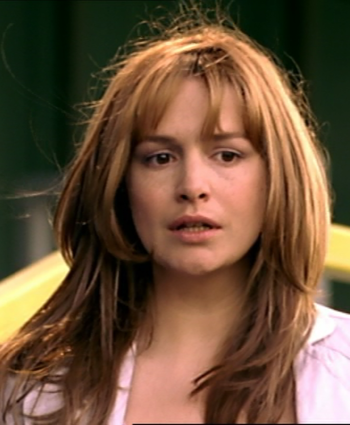 An agent from the Home Office. Vanishes at the end of Season One, due to an apparent alteration of the timeline. 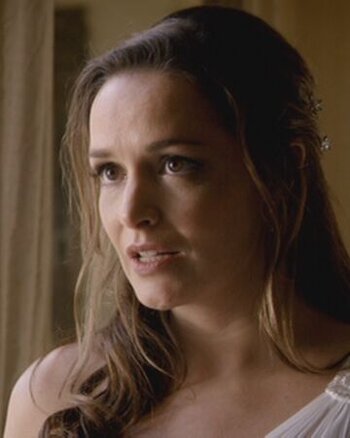 A PR specialist who joins in Season Two. Her main job is to take care of covering up the anomalies. 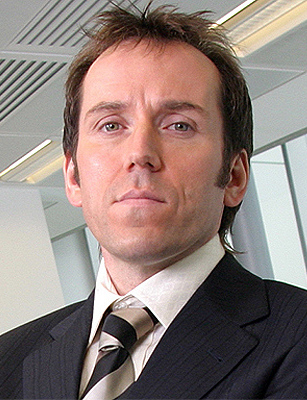 A government minister who is the official head of the ARC. 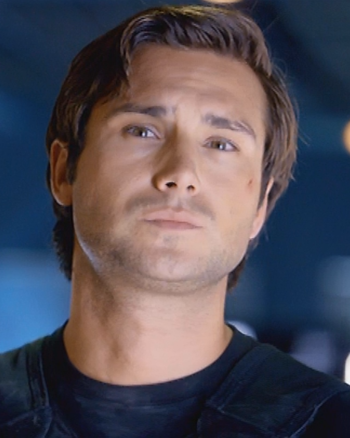 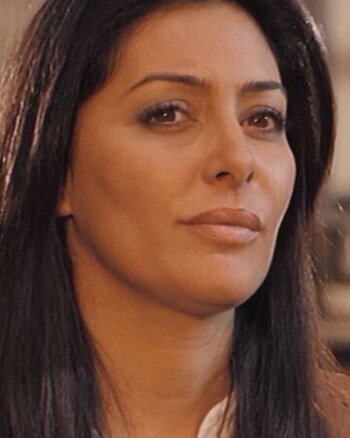 An archaeologist who joins the group in Season 3, with the idea of tracking monsters through history. 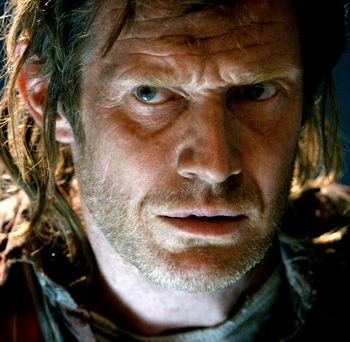 A police officer who gets caught up in the ARC's activities in Season 3, and decides to join without asking permission. After Cutter's death, he becomes the new leader of the team. 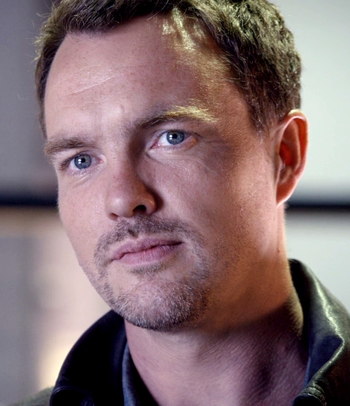 Takes over the team after Season 3. He's actually an agent from the future, sent back to prevent the apocalypse. 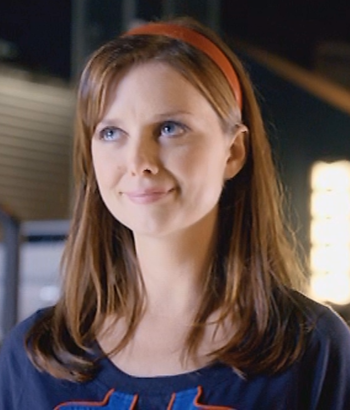 The team's field co-ordinator in Seasons 4 and 5 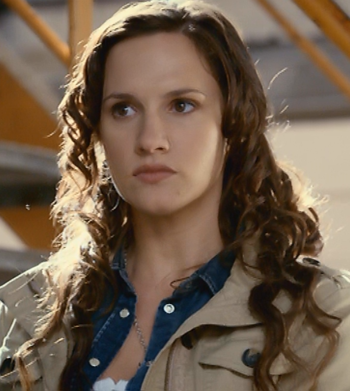 A mysterious woman from Victorian England, who was marooned in the past while investigating an anomaly. Travelling through the anomalies with a group of similarly time-displaced humans, she comes into Matt's orbit as he attempts to figure out what caused his Bad Future. 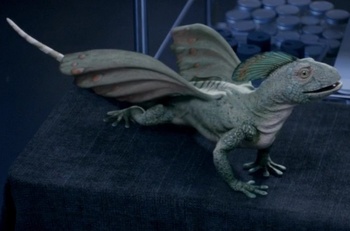 A cute little Coelurosauravus that Abby keeps as a pet.
Human antagonists 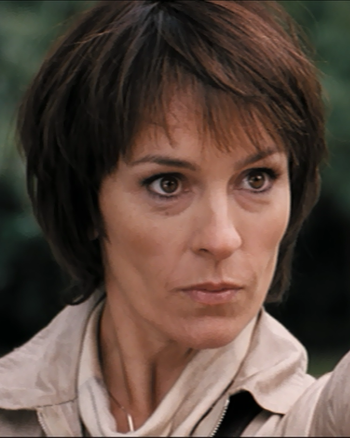 Nick Cutter's wife, who vanished through an anomaly eight years before the show started. 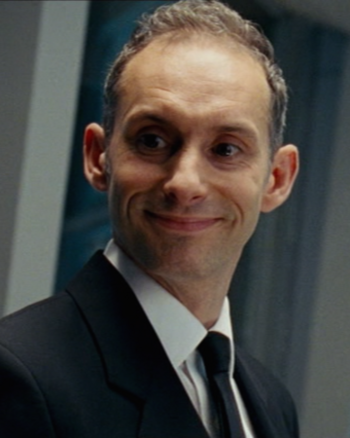 The seemingly put-upon assistant to Lester, but actually a traitor working with Helen Cutter to further their respective agendas with the creatures and the anomalies. 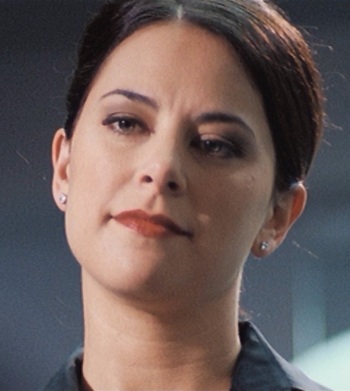 The Home Office's military liason officer to the ARC. 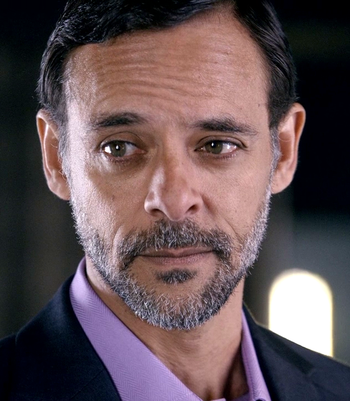 A brilliant and world-renowned scientist, he partners with Lester to run the ARC after the events of Season 3 leave it a partially privatized venture. However, he has his own secret agenda regarding Connor and the anomalies.
Advertisement:
Major anomaly creatures

Mysterious predators from the future and Primeval's closest thing to a main creature antagonist. The circumstances of their evolution are unclear, but it's implied that they are genetically engineered.

The apex predator of the Permian.

Giant Spiders that emerged from the same anomaly as the Arthropleura and can only breathe in the high-oxygen atmosphere of their home brought into ours.

A famous, crested pterosaur, suspected of killing a golfer. It didn't.

A swarm of predatory pterosaurs.

Seal-like primates from the future. It's half-jokingly speculated that they're descended from humans.