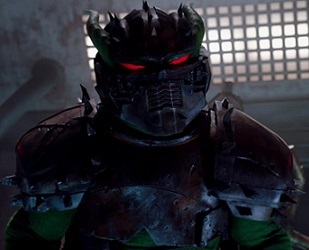 I'm getting too old for this.
Voiced by: Adam Gardiner, Gabriel Pingarrón (Latin American Spanish dub)

A ruthless bounty hunter who seeks to recover the Energems, destroy the earth, and probably marry his fiancée, Poisandra. 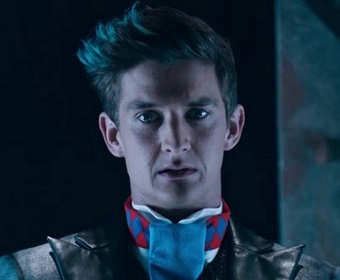 I hope my shades are still in style!
Heckyl's Other Half Spoilers 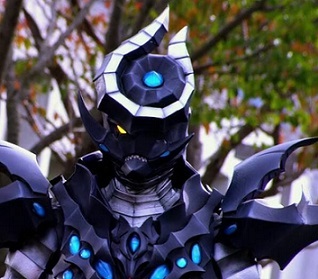 Heckyl is a charismatic and clever high-level prisoner in Solitary Confinement. Sledge wanted to use him to get the Energems from the rangers, as he looks human which the rangers won't expect. When Heckyl was unable to retrieve an Energem to Sledge, Heckyl was forced back to his cell, but not before vowing revenge against Sledge.

When Sledge's ship crashes, Heckyl emerges from his cell, but he looks a little different... It's Heckyl's monster form, Snide! 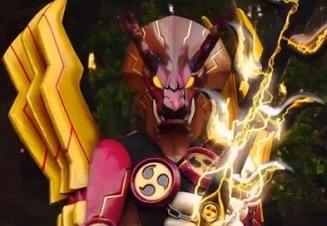 With those pathetic fighting skills, you're as weak as your father was!
Voiced by: Paul Harrop, Carlos Segundo (Latin American Spanish dub) 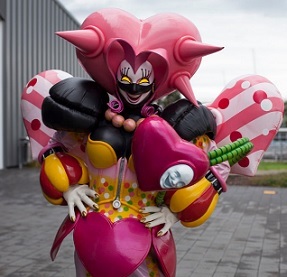 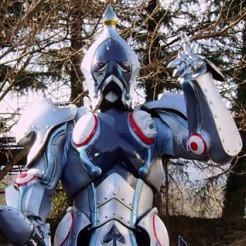 Sledge's overly cautious and bumbling henchman and the mechanic of his ship. 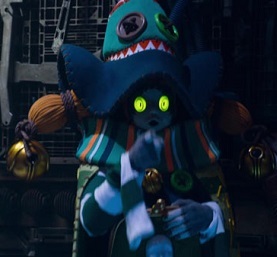 A playful and fun creature created by Wrench from a variety of spare monster parts as a gift from Sledge to Poisandra so she can have a friend to have fun with. 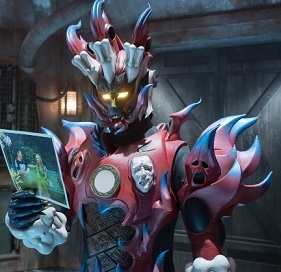 A fiery and easily annoyed alien who appeared on Earth one day wanting to make a deal with Snide concerning the Energems. 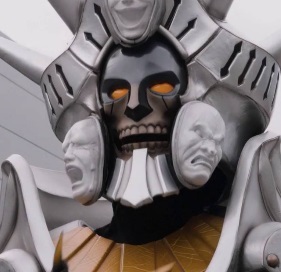 A vicious intergalactic warlord who hired Sledge into collecting the Energems in the first place. He was also responsible for the destruction of Sentai 6. 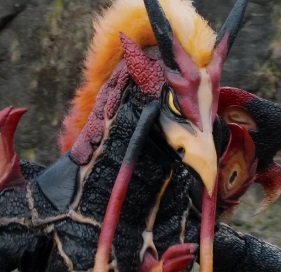 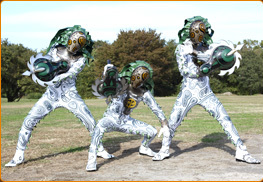 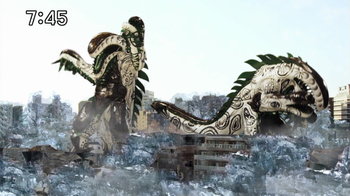 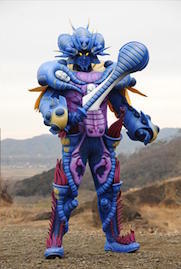 I shop till I drop!

Sledge's henchmen. The Vivix perform gruntwork on the ship and act as foot soldiers against the rangers. They are able to combine into the gigantic Vivizord to fight the rangers' mecha. The Spikeballs are elite soldiers, guarding the prison cells and often joining Fury when there are no prisoners to set against the rangers. 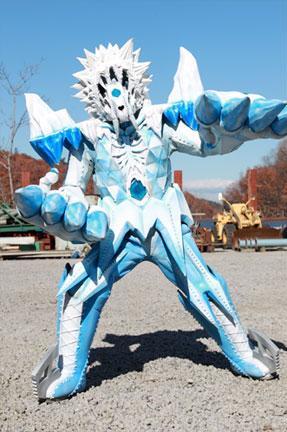 Is this all you got, ya Neanderthal Nincompoop?

An impact winter-theme monster and the first of Sledge's prisoners that the rangers faced and defeated. Iceage has been resurrected a few times since to continue antagonizing them.

A car crusher-themed monster sent by Sledge to hunt down the rangers' secret base.

A prison-themed monster who captures Chase and Koda in one of his cages.

A raven/bank vault-themed monster who steals a magic pendant and places Chase under a spell.

A pastry chef-like monster sent to Amber Beach in order to give cavities to its residents. 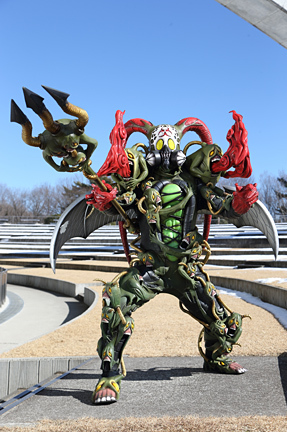 A virus/devil-themed monster who was released in order to claim the Ankylo Zord, and has since been revived on multiple occasions to menace the rangers again.

A molding iron-themed monster who can create ranger clones from Vivix.

A super-intelligent maze-themed monster Fury enlisted to distract the rangers while he tried to charge the Ptera Charger.

A bone-themed monster who can make people cowardly by stealing their backbone.

A Children's Day/Samurai-themed monster sent to hide a bomb in Tyler's jeep so they could blow up the museum.

A clumsy fighting robot owned by Prince Phillip that was stolen and reprogrammed by Sledge's forces.

A mind-reading vampire-themed monster who disguises herself as one of the rangers during a Halloween party.

A blade-themed monster that can sever friendships.

A meteroid-themed monster sent to retrieve the Purple Energem and destroy the Plesio Zord in New Zealand.

A Tanabata-themed monster who is sent to retrieve Purple Energem from the rangers. 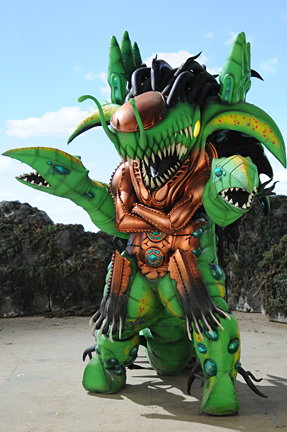 Another unseen prisoner that Sledge has locked away in solitary confinement. Has an unfortunate habit of attacking anybody too close to its cell with its tentacles.

Time to fulfill my dream of getting an energem!
Voiced by: Jacque Drew

A sheep themed monster who is able to inflict nightmares on others.

At your service!
Voiced by: Adrian Smith

A super-fast ninja-themed monster sent by Singe to install a virus into the rangers' computer system.

The hunt is on!
Voiced by: Jay Simon

A spider/cheetah-themed monster who assisted Ninja in trying to capture the Red Ranger, later being used as bait in a plan by Singe to weaken the rangers' Energems.

A sports equipment monster with various tools at his disposal who trains an army of Vivix.

A greed monster made by Fury and Wrench who combined Spellbinder's pendant with Gold Digger's coins.

An autumn-themed chef on Heckyl's crew who fought on his own accord to prove that he is a competant monster.

Snide, make me bigger than a blue whale!
Voiced by: Mark Wright

A fisherman themed monster sent by Snide to destroy the Titano Zord.

How dare you!
Voiced by: Penny Ashton

A summer-themed monster who was sealed thousands of years ago by Koda's grandfather..

Not so fast, Blueberry!
Voiced by: Aaron Ward

A powerful cemetery-themed monster-like Megazord created by Wrench and used by Heckyl and Snide.

You're lying, Rangers! The facts speak for themselves!
Voiced by: Jason Hood

A prosecutor monster who takes the rangers to the Halloween Intergalactic Court.

The TitanoPower is mine!
Voiced by: Emmett Skilton

A classroom themed monster who uses a body swapping device to swap the rangers' bodies.

One of Lord Arcanon's musicians. Conducts Screech, who uses his music to turn people into zombies.

One of Lord Arcanon's musicians. His trumpet music is able to turn people into zombies.

I told you you'd pay, Heckyl!
Voiced by: Ross Girven

A dog-themed knight monster who uses a cursed amulet to turn people into stone.

A Christmas/Winter-themed Santa monster that survived the destruction of Sledge's ship. He stole Santa's coal into order to curse it and give it to people, which would turn them into his evil elves.