This is a character sheet for Pop Team Epic. For characters from Hoshiiro Girldrop, see its character page here.

Voiced by: See below 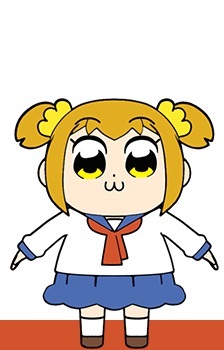 A 14-year-old girl who is short. She tends to get angry very easily.
Pipimi

Voiced by: See below 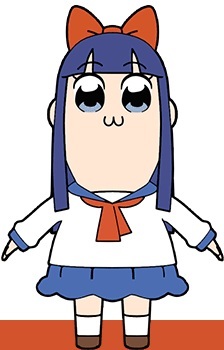 A 14-year-old girl who is tall. She's generally calmer than her friend, Popuko.

Voiced by: Rie Hikisaka (Part A) / Katsuyuki Konishi (Part B) 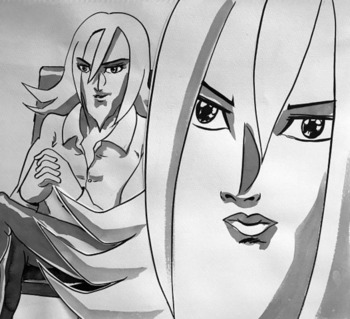 A popular rocker Pipimi daydreamed about once. 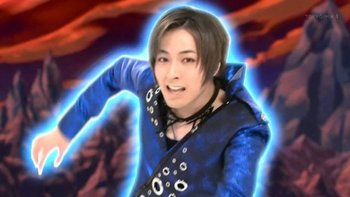 A time traveling male idol that comes to the aid of Popuko and Pipimi whenever something goes wrong.

Main cast
Because the anime is just as nonsensical as the original yonkoma, there is no regular cast. Instead, new people voice Popuko and Pipimi for each episode and each immediate reairing of that same episode, and the voice actors always have a history of working with each other.note This only holds true for the original Japanese cast members. The dubbed version did not go out of their way to pair up the original voices of Frieza and Cell.