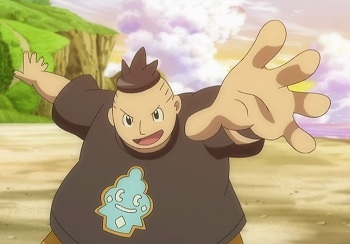 Voiced in Japanese by: Anri Katsu
Voiced in English by: Todd Haberkorn
Voiced in Latin American Spanish by: Roberto Gutiérrez

A young Pokémon trainer with a passion for dancing that Ash meets at Sycamore's summer camp. A close friend of Shauna and Trevor. 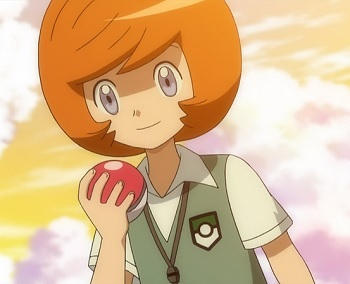 A young Pokémon trainer whose ambition is to see every Pokémon in the Pokédex. Ash meets him and his friends, Tierno and Shauna, at Sycamore's summer camp. 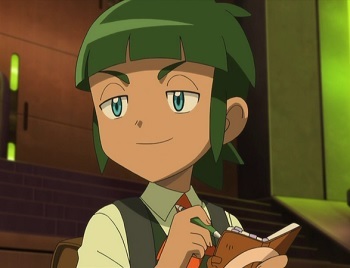 A novice Pokémon trainer from Hoenn who writes down his battle experience in a note journal. Like Ash and Tierno, Sawyer is collecting badges to enter the Lumiose Conference. 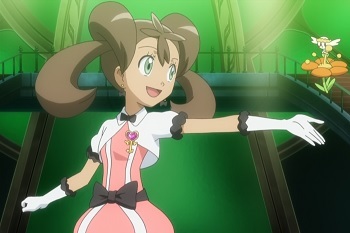 Voiced in Japanese by: Yurie Kobori
Voiced in English by: Jo Armeniox
Voiced in Latin American Spanish by: Adriana Núñez

A young and outgoing Pokémon trainer who loves PokéVision videos. She becomes acquainted to Ash and co. at Sycamore's summer camp. 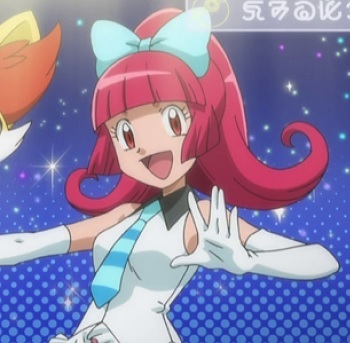 A famous Pokémon Performer. Aria is the current Kalos Queen. 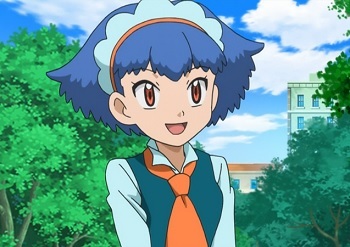 Voiced in Japanese by: Saori Hayashi (XY026), Kei Shindō (XY080 and beyond)
Voiced in English by: Maggie McDowell
Voiced in Latin American Spanish by: Betsabé Jara

A Pokémon Performer knowledgeable in cooking Poké Puffs. She develops a crush on Ash, becoming a rival to Serena. 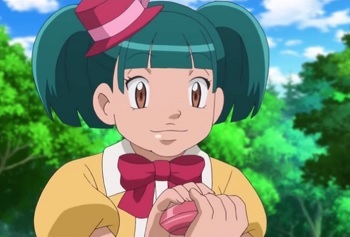 A rookie Pokémon Performer who trains her Pokémon to follow a dance routine she calls "Heartbreak."