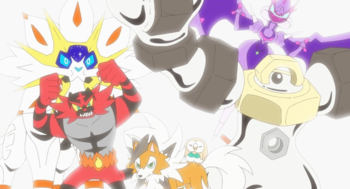 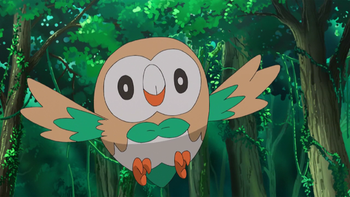 Voiced in Japanese by: Megumi Hayashibara
Voiced in English by: Roger Callagy

Rowlet is the child of a Toucannon and a Trumbeak. It befriended Ash after mistaking Mallow's Bounsweet for food. Its foster parents urged him to join Ash after they were saved from Team Rocket. It's a ditzy Pokémon that loves to sleep, especially in Ash's backpack. 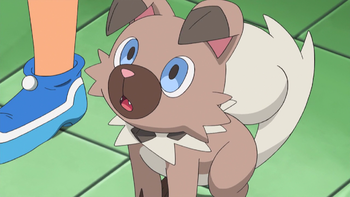 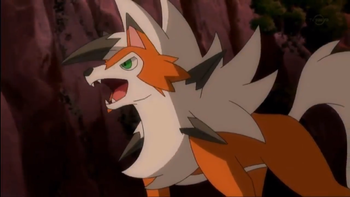 Though it was originally cared for by Professor Kukui, he allowed Ash to capture it after seeing the bond the two had developed. It eventually evolved into a Lycanroc, a form that has never been recorded before. 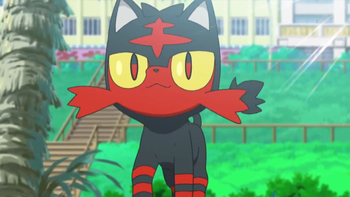 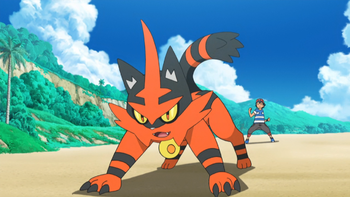 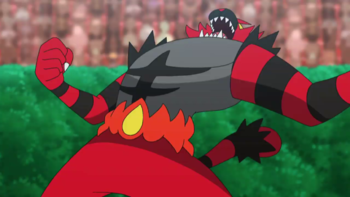 Voiced in Japanese by: Chinami Nishimura
Voiced in English by: Lisa Ortiz

A wild Litten that frequented the beachfront and market of Hau'oli City to gather food for an elderly Stoutland. After Stoutland passed away, Ash offered for it to join his team, which it accepted. It later evolves into Torracat during a battle against the Masked Royal, and into Incineroar after battling Professor Kukui's. 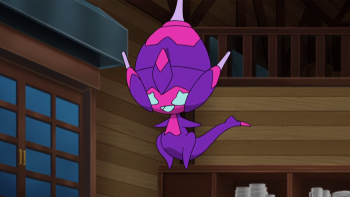 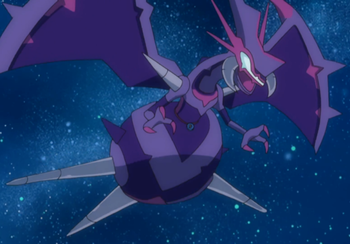 Voiced in Japanese by: Rikako Aikawa
Voiced in English by: Lisa Ortiz

An Ultra Beast that came from an Ultra Wormhole, Poipole took a great interest in Ash's Pikachu. It would later be caught by Ash himself at the request of Lusamine, who has allowed Ash to keep it until the Aether Foundation finds the Ultra Wormhole it came from. Ash eventually releases it back to its homeworld, it later comes back now as a Naganadel to help save the day once more. 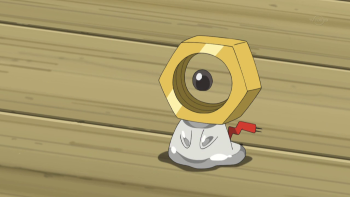 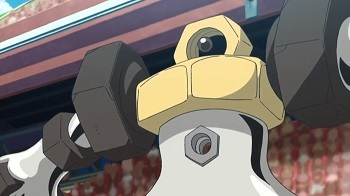 A newly discovered Mythical Pokémon, which was one of many that arrived on the Alolan Islands. One timid Meltan amongst this group ends up befriending Ash's Rowlet, which Ash chooses to catch shortly after. During the Alola League, watching Rowlet score a victory for Ash gives Meltan the confidence to get even stronger to further support Ash. It calls upon all the other Meltan around Alola to gather and combine into a new form, which results in them evolving into a Melmetal. 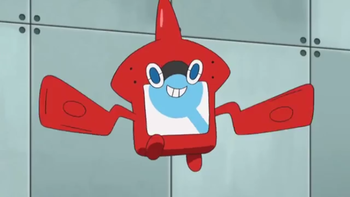 A Rotom who inhabits a Pokédex, it can use the onboard computer to communicate with Ash and other humans, and educate humans about the Pokémon that are in an area. 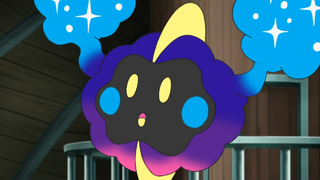 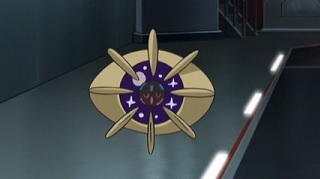 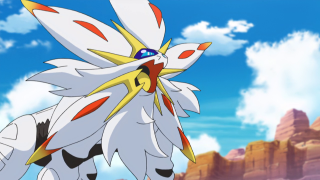 A baby Pokémon spawned by Solgaleo and Lunala, left in Ash's care for reasons unknown.