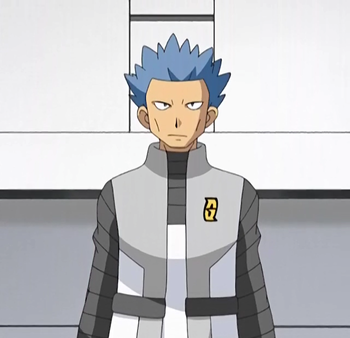 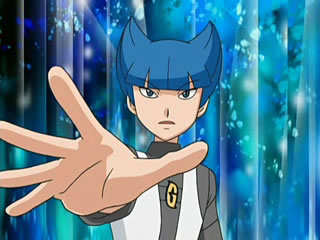 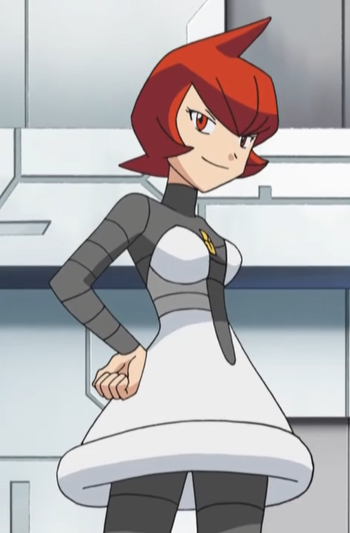 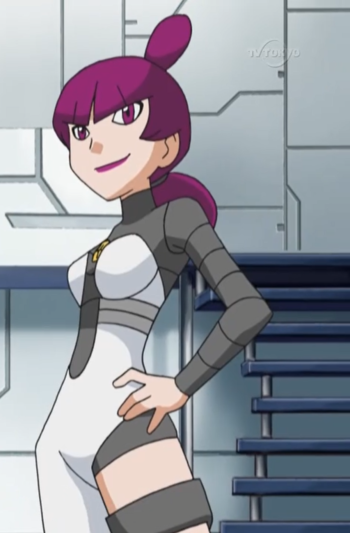 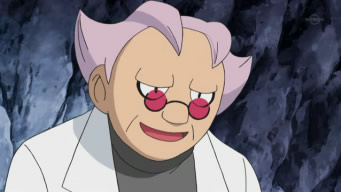 Voiced in Japanese by: Kenichi Ogata
Voiced in English by: Mike Pollock
Voiced in Latin American Spanish by: Guillermo Coria 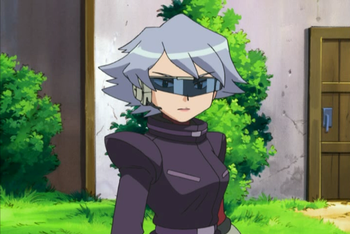 A ruthless, cold-hearted bounty hunter who specializes in stealing Pokémon. She has an entire crew of operatives working under her, not least of which is her loyal Salamence, and travels in a flying fortress. J has no concern for human or Pokémon life, or even the lives of her own henchmen. In the end, she was hired by Team Galactic to complete their master plan, but this proved fatal, as her ship fell into Lake Valor and exploded, leaving only her visor floating to the water's surface.