Tropes that apply to multiple members: 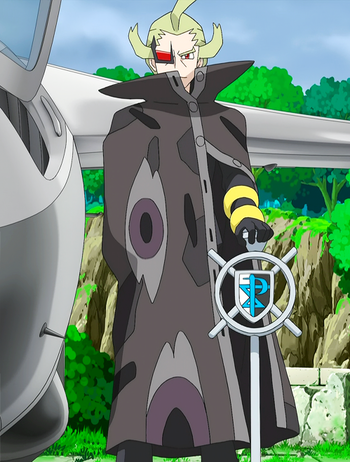 The shadowy leader of Team Plasma, foster father to N, Anthea, and Concordia. In BW112, Ghetsis is initially seen projecting his image in a hologram, through which he communicates with Colress. He subsequently appears in person for the first time in BW117. 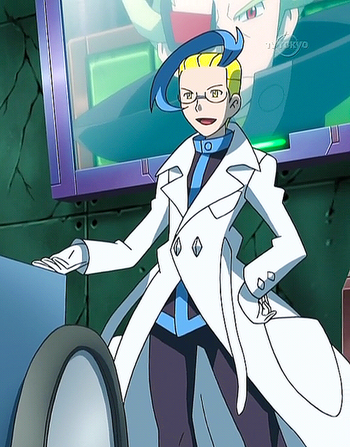 Voiced in Japanese by: Hiroki Tochi
Voiced in English by: Eli James
Voiced in Latin American Spanish by: Ricardo Mendoza

Team Plasma's chief scientist, who experiments with technology in order to control Pokémon and strengthen the organization's plans; his own desires and priorities, however, appear to differ somewhat from those of his colleagues. 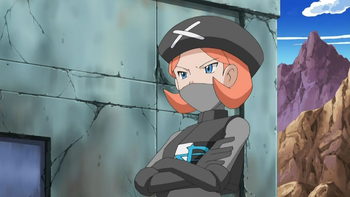 Voiced in Japanese by: Akeno Watanabe
Voiced in English by: Lori Gardner
Voiced in Latin American Spanish by: Irene Jiménez

A female Team Plasma member, first appearing in BW112. Holding rank and file over her fellow grunts, she answers directly to Colress and appears to be his own subordinate specifically - as well as being a leash on his more excitable personality. 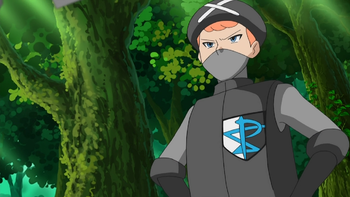 Voiced in Japanese by: Kensuke Sato
Voiced in English by: Darren Dunstan
Voiced in Latin American Spanish by: Carlo Vásquez

A male Team Plasma member, first appearing in BW118. Like Aldith, he seems higher-ranked than his colleagues (though not on her level), as he is first seen leading a mission to apprehend N for Ghetsis. 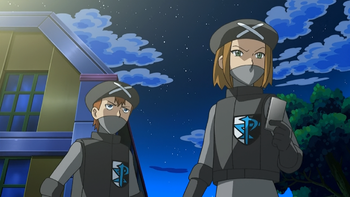 A pair of partnered Team Plasma grunts, appearing in BW114. Having kidnapped a Braviary, they thus attempt to apprehend N when he attempts to rescue it. In battle, Schwarz uses a Seviper and Weiss uses a Zangoose.