The villainous team of the Galar region. Designed after soccer fanatics in behaviour and Punks in appearance, they are a toxic group of people who look up to Marnie, an upcoming challenger wishing to become the Champion of Galar. Though their admiration for her is pure, they make sure to use any means necessary to stop anyone else trying to become the Champion so that she succeeds. 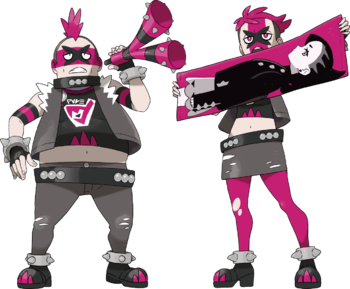 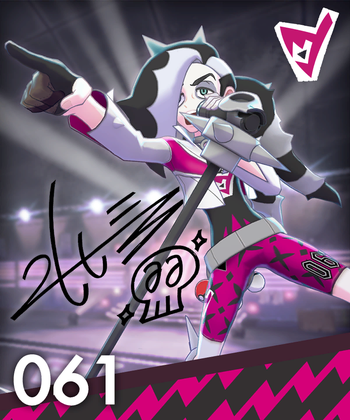 The Leader of the Dark-type Gym in Spikemuth, where all of Team Yell are employed as the Gym Trainers.