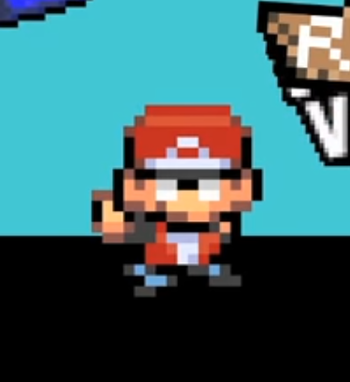 "Look out world! Today's the day I become a Pokémon master!"

The... "hero" of the story who strives to be a Pokémon master. His efforts in this regard are less than successful or even sane. 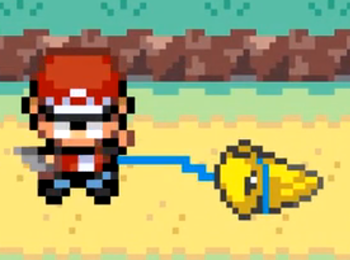 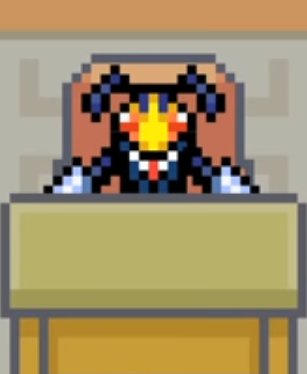 Rusty's first Pokémon which, despite it's nickname, is actually a Kakuna. Constantly abused by Rusty, it evolved into a blood-thirsty psychotic Beedrill who would eventually become the new boss of Team Rocket.

A shiny Bulbasaur which is, unfortunately, defective, as it is missing a bulb on its back.

When Rusty thought Pikachu the Beedrill died from a truck accident, he caught a Bidoof to be his replacement. 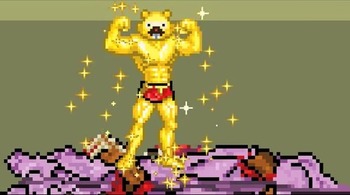 "I live only to slake your blood thirst, father."

The result of Julian and Rusty's attempt to make a perfect Pokémon. They stopped halfway when Team Rocket busted into the Day-Care Center and killed all the Pokémon used for breeding, but little did they know that they succeeded.

The highest branch of government in Kanto, the Elite Four consist of Agatha, Lance, Bruno, and Lorelei.

The true legendary Pokémon trainer of Kanto and the hero that Rusty looks up to.

Dialga
The legendary Pokémon of time. He is used to "build" a Time Machine—which is just it in a pool of water—in order to send Rusty back in time to the day where he started his Pokémon journey.

Rusty's mother and father, who want him to get a "real" job.

An apparent Pokémon Professor residing in Beige Town. Spends most of his days on pot.

Julian the EV Trainer
Battle Bart
Also known as "Battleblart". He used to run the Battlehaus until he had to have it burned down in order to pay off Team Rocket.
Deli Worker (SPOILERS)

The Rusty that ended up staying home and working at the deli after being convinced by the main Rusty, only for the present-day Rusty to repeat the exact same journey himself.