A young trainer from Pallet Town. After Cyrus dismantled the universe once he gained mastery over control of time and space, Arceus chooses Ash and sends him back to the past, hoping that Ash could prevent this from happening. In the new timeline, he's reborn as a Lucario Bloodliner. 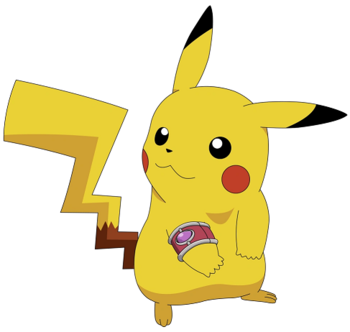 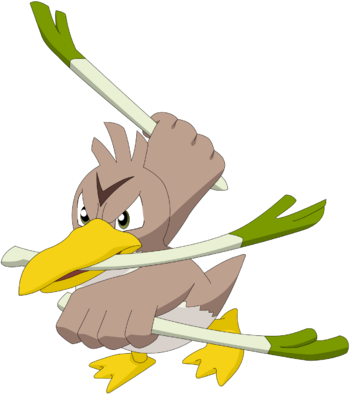 During the course of the story, Ash obtains a number of extra Pokemon in additional to the individuals above. They include 19 Scatterbug that evolved into Spewpa by Chapter 30 and to Vivillon by Chapter 40 (including Viv), 32 Grimer, and to some extent the Pidgey flock Pidgeot protected in canon (they were brought by Pidgeot to Oak's ranch, but not captures). In the Safari Zone, he catches a Vulpix (fathered by one of his Tauros), 14 Tauros in addition to the 30 canon ones, and a Spearow. While exploring the Seafoam Islands caverns, he catches 41 Zubat and 14 Golbat. After returning to Pallet Town, one of his Grimer lays a Koffing egg, with another having a Castform egg, Raichu later gives birth to a Pichu fathered by Pikachu, who inadvertedly also mated with Jigglypuff, resulting in an Igglybuff. At the end of Chapter 44, Sir Aaron's Lucario joins him too, confirmed as being registered to his ownership in Chapter 45.
Misty & Her Pokemon

A young Water Heart Bloodliner from Cerulean City. She was kicked from her home around a year before the beginning of the story, and has been on her own until she met Ash.

Aboard the S.S. Anne, she bought a Magikarp. In the Safari Zone, she caught the following Pokémon: Slowbro, Basculin, Seaking, Krabby and Shellder. In the Seafoam Islands she's also revealed to have caught a Seel. In Chapter 39, she's revealed to have caught the Squirtle and Wartortle from the turtle island before returning to Pallet Town from Cinnabar, a capture that is revealed in detail in the Blastoise Island Interlude. In Chapter 45, she's given a Wimpod by Professor Oak.
Iris & Her Pokemon 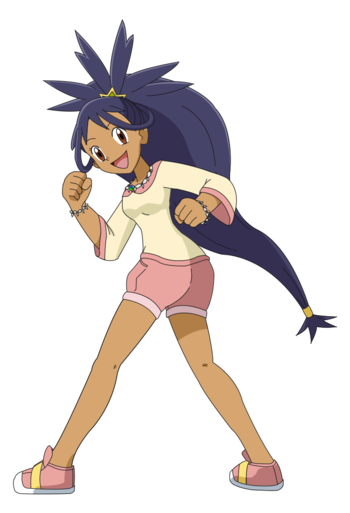 A young Dragon Heart Bloodliner. She was abandoned by her birth parents as a baby, and raised by a family of Dragonites. She joined Ash's group after her family was abducted by Hunter J. 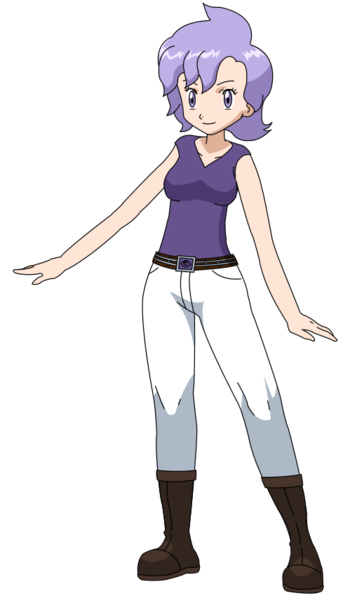 A young Psychic-Heart Bloodliner. She lost her voice after her parents died in a car accident, and was raised by her uncle. She runs into Ash and company during an attack to Gringy City's Power Plant, and after saving Misty, she's invited to their group.

The daughter of Norman, Gym Leader of Petalburg. Given the implied status of all main characters as bloodliners, and the abilities of her cousin Sapphire, she likely has powers relating to probability and luck.

While he hopes she exists in the new timeline, to date, Ash has found no reference to Dawn as living in Twinleaf Town or any clue where she might have gone otherwise.

A young girl from Kalos. The daughter of a famous Rhyhorn Racer, she's still unsure as to what path she wants to follow in life. She befriended Ash during a Training Camp organized by Professor Oak, and they've kept in touch through traditional mail for over a year.