All the characters that appear in the game. Unmarked spoilers ahead! 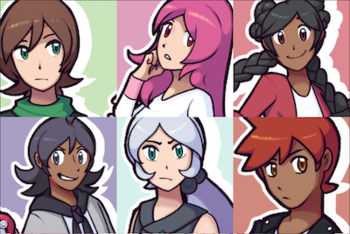 A student of Axis High University and the replacement Sensei and Gym Leader for Sheridan Village.

Normal-type Gym Leader of, technically, Gearen City. Also the protagonist of the intro. Implied to be Melia's real/original identity.

Akuwa Town's Water-type Gym Leader. Not that you fight her there. 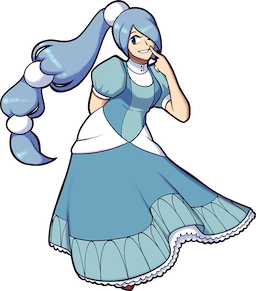 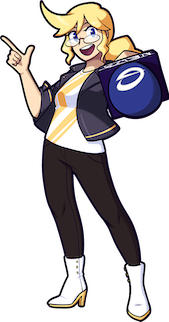 An agent that works for Grand Dream City's government, and Flora's brother. 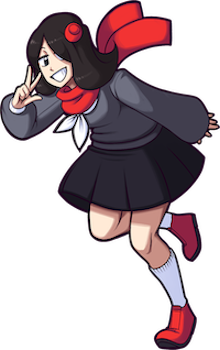 The other main character of the story.

Click here to see her after the Dark Future.

A Psychic specialist who shows up every once in a while. A bit strange, but kind-natured... at least at first.

Click here to see her after her rift fight.

One of your rivals who you meet in Sheridan Village. She is Keta's daughter. Except she isn't. Not exactly.
Elite 8 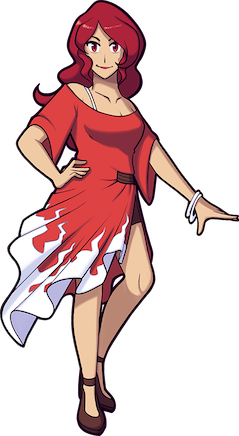 The owner of Teila Resort, Amber's mother and a member of the Elite 8.

Elite 8 member who you meet during sidequests related to the Hidden Library.

An "honorary" Elite 8 member, who you meet at the Spring of Preservation, and the owner of Gearen News. She's also Volta's mother.
Team Xen

A mysterious terrorist organisation operating in Aevium. Having been relatively docile for a long time, they have finally decided to enact their nefarious plan.

Melia's foster father who has been working with Team Xen and the Storm Chasers.

A machine that was created to serve Team Xen, who serves as a collective boss/pest.

An "upgraded" SEC machine without the snark, CLARA serves as a custodian of sorts for Madelis's base.

A Team Xen Executive who used to have a connection to Narcissa and Sirius.

The Team Xen Executive in charge of Blacksteeple Castle, acting as its warden. 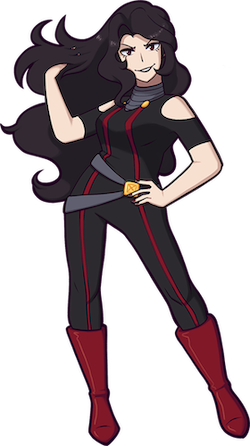 The mayor of Grand Dream City.

The highest ranking Team Xen member after Madame X and the one responsible for the attack on the S.S. Oceana.

The enigmatic and tyrannical leader of Team Xen. She seems to have known Indriad and Maria.
Team Bladestar (SPOILERS)

See "Others" for more information.

The "reporter" of the Underground, who rarely gets involved.

One of the Admins of Team Bladestar. See "Gym Leaders" for more information.

Leader of the cult you deal with in Chrysalis Manor and Maria's father. Also Anathea's and later Narcissa’s husband.

A differently-colored Gardevoir who lives with Maria, Vitus/Indriad, and Anathea Theolia. She orchestrates Anathea's death to get Vitus to return to the cult. 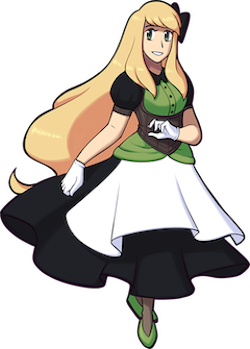 A famous scientist from Kugearen City and mother of Anastasia. She is also the CEO of Rejuvenation Co., a corporation wishing to restore the Miera region.

The original Sensei of Sheridan Village, and one of the Protectors of Aevium. 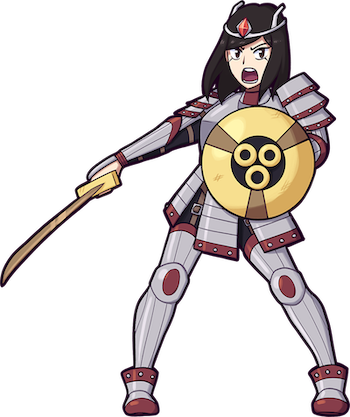 One of the Protectors of Aevium, and the "guard" of Anju.

The leader of the Protectors of Aevium.

An ancient queen who died centuries ago. Her kingdom, the Kingdom of Ghovora, was where Goldenleaf Town is in the present day.

An ancient king who... came to an end, as such... centuries ago. His kingdom, the Kingdom of Zygara, was close to where Sashila Village is in the present day.
Others

Co-owner of Gearen City and administrator of the Aevium League.

Jan's sister, and the "Scout" responsible for seeking out new Trainers for the Aevium League.

Your mother, who is kidnapped by Team Xen early on.

A lady who plays the piano on the S.S. Oceana.

A Mad Scientist who lives in Gearen City, and who helps you recapture Shadow Pokemon if you don't catch them the first time. And also one of the top members of Team Bladestar.

The kindhearted owner of the Lost Camp and Neved’s wife. 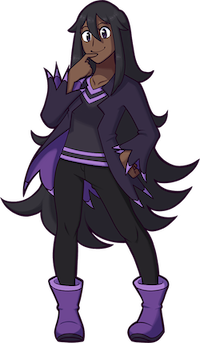 A woman that the protagonist can first meet during a sidequest in Amethyst Cave, and is properly introduced during the trip to Grand Dream City. She is Nim's metaphorical sister and Damien's actual sister.

One of Aelita's friends, she helps the protagonist, Flora and Florin escape from a trap in Darchlight Woods.

A girl the player rescues in Goldenleaf Town, who helps you out in return. 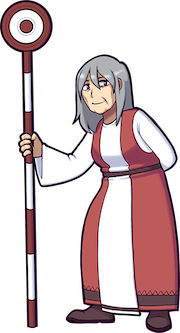 The alderman of Sheridan Village. 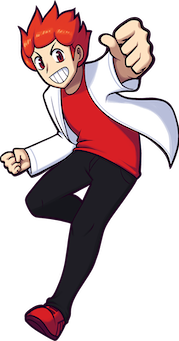 Huey's sister, and Rhodea and Lavender's friend and roommate.

One of Grand Dream City's most famous celebrities, and the sister of Zumi and Texen.

A mysterious being that resides inside the enigmatic Toybox, and can only be interacted with if you happen to have a nightmare while you're in Grand Dream City. Since Lavender has an asthma attack and gets rushed to the hospital, you fight his puppets Neon and Magenta as the Psychic-type leaders instead.

A young girl you first meet in the Unown Dimension, she's later freed by the Puppet Master and mailed to the Grand Dream City Penthouse. 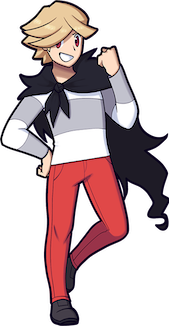 A young boy you first meet in the Unown Dimension, he's later freed somehow by the Puppet Master and mailed to the Grand Dream City Penthouse.

A man living in the Underground of Grand Dream City, who you first meet there. He strikes up a friendship with you and the android Ana.
Wh-What?! You're serious? But how?

A group who wants to shut down the Help Centers, to get people to stop helping other people. Never a serious threat, but they can be very annoying and persistent.

One of the Hospital of Hope's best doctors. The present day ‘Isha’ is actually him and his father Isiah sharing a body.

The despotic ruler of a Bad Future accidentally created by the protagonist. She's also said timeline's version of Melia.

A mysterious individual who shows up briefly in Valor Mountain, and later in the desert. He has a partner with red hair.

The woman who manipulates Kenneth and Taelia in Where Love Lies. She shows up on the top of the Pyramid in Rejuvenation. Her name is never stated, but she's implied to be Freya, the person involved with the nuclear meltdown in the Miera region. Her partner is Kieran.

The rich scion of the Blakeory family, and Saki's step-brother.
Spacea and Tiempa's Group (Storm Chasers)

A professor living in Amberette Town.

See her entry under 'Rivals'.

A gang leader in Gearen City.

A woman with a Gothitelle that's involved in the story. Seems to have known Nancy. 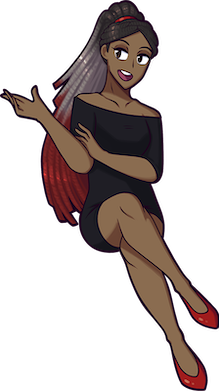 Pokemon mutated by a mysterious, goo-like substance called Rift Matter. They serve as major bosses at certain points in the game. 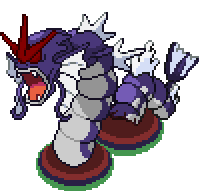 A school of Magikarp that lived in Goldenwood Forest. Unfortunately, Zetta infused them all with Rift Matter, causing them to take the form of a massive Gyarados.

A Galvantula that was released into Amethyst Cave, which apparently went on to kill Melia. As revenge, Zetta turned it into a Dimensional Rift. 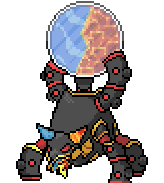 An infant Volcanion that was taken from its mother and transformed into a living generator, transforming water into lava as a by-product. It powers Team Xen's Carotos Mountain Base.

A Carnivine that was hand-picked by Angie to wreak havoc on Terajuma island. It happened to be in the wrong place at the wrong time, and ended up getting transformed into a Dimensional Rift by Zetta. 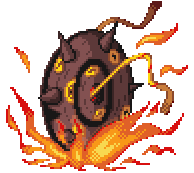 A Ferrothorn that used to belong to Flora, which she used as part of her experiments in order to create a pokemon that could help her and Bladestar overthrow Cassandra. 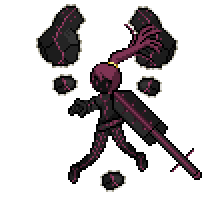 Created by Cella fully unlocking the chains around Aelita's heart that held back the Garufa Curse known as Vivian's Madness, Aelita has been corrupted by the darkness of her own life, Vivian's, and Taelia's combined. 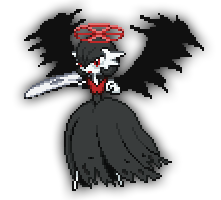 Infused with Indriad’s power, Gardevoir transforms into a Rift to ensure no one can stop his plan. 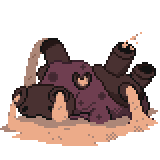 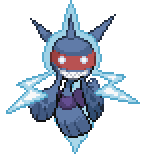 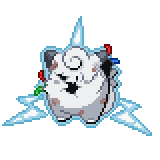 A demon that was defeated by Narcissa and imprisoned in Griselda’s Castle. He is the result of Celesia Altair’s failed resurrection.

A shiny Garbodor created by Melia in an experiment to see if she could create shiny Pokémon. Caused a good deal of trouble by eating the electrical wires within Gearen Sewers.

A Mewtwo that was captured by Team Xen and corrupted into a shadow Pokémon by Madelis. Later gets purified by Crescent, and is befriended and nicknamed by her. 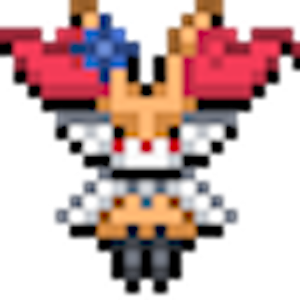 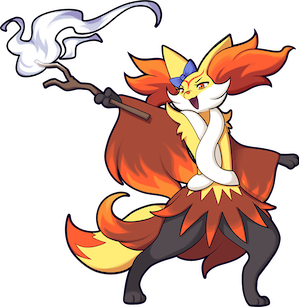 A Giratina that appears several times throughout the story.

An Audino that met Aelita on her journey to the Springs of Aevium, and came with her. Is capable of sustaining Mega Evolution for an extended time period on her own.