The Gym Leaders in Sinnoh. Defeating them grants the eight Badges necessary to enter the Sinnoh League.

"As the Gym Leader, I need to see your potential as a trainer. And, I'll need to see the toughness of the Pokémon that battle with you!" 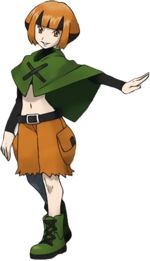 "When I first saw you, I was convinced you'd find your way to me. My hunch was right on the money. You have a winning aura about you. So, anyway, this will be fun. Let's have our battle." 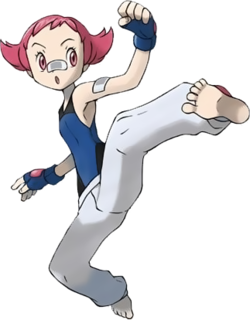 "I don't really know what it means to be strong, or how I got to be the Gym Leader. But I will do the best I can as the Gym Leader. I take battling very seriously. Whenever you're ready!" 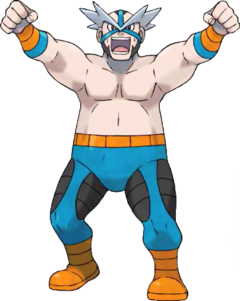 "Welcome! I don't get challenged very often! The glory you are now beholding is the Pastoria Gym Leader! That's right, I'm Crasher Wake! My Pokémon were toughened up by stormy white waters! They'll take everything you can throw at them and then pull you under! Victory will be ours! Come on, let's get it done!" 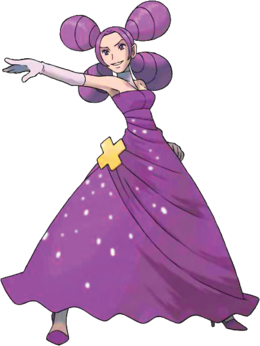 "Ohohoho. Finally, you have arrived! Since I came to this country, always I try to learn new things. They hold Contests in this city? I say to myself, enfin, I will excel. That's why I dress this way. C'est une performance! Also I study Pokémon very much. I have come to be Gym Leader. And, uh, so it shall be that you challenge me. But I shall win. That's what a Gym Leader does, non?"

"You've defeated my son. But that's no surprise. He still has much to learn. In place of my son Roark, I, Byron, will take your challenge!"

"You want to challenge Candice? Sure thing! I was waiting for someone tough! But I should tell you, I'm tough because I know how to focus. Pokémon, fashion, romance... It's all about focus! I'll show you just what I mean. Get ready to lose!" 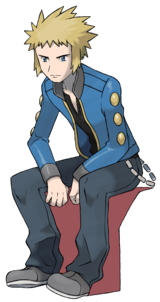 "...all right, challenger. It's not often, but some Trainers manage to come and challenge me. But they've all been boring battles. I didn't break a sweat beating them. ...Sigh... I'm Volkner, the Gym Leader. They say I'm the top Gym Leader in Sinnoh, but... Anyway, I guess we'd better get this done. I hope you're the Trainer who'll make me remember how fun it is to battle!