The Gym Leaders in Kanto, beating them grants the eight Badges necessary to enter the Indigo League.

"I believe in rock hard defense and determination! That's why my Pokémon are all the Rock-type! Do you still want to challenge me? Fine then! Show me your best!" 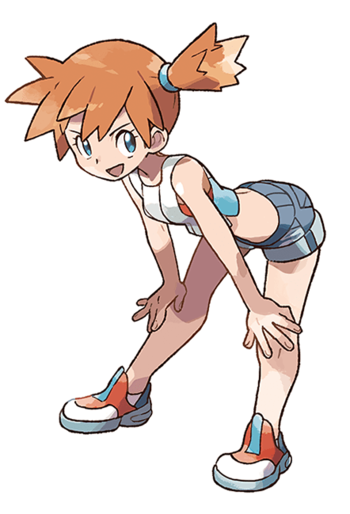 "Hi, you're a new face! What's your policy on Pokémon? What is your approach? My policy is an all-out offensive with water-type Pokémon! Misty, the world-famous beauty, is your host! Are you ready, sweetie?" 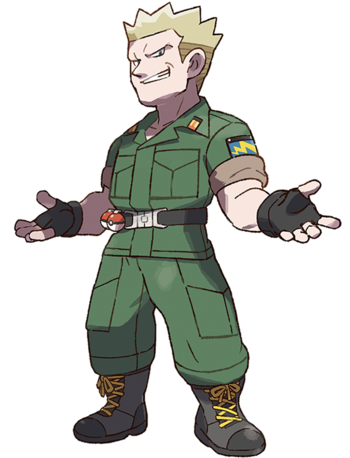 "Hey, kid! What do you think you're doing here? You won't live long in combat! That's for sure! I tell you kid, electric Pokémon saved me during the war! They zapped my enemies into paralysis! The same as I'll do to you!"

"Hello. Lovely weather isn't it? It's so pleasant. ...Oh dear... I must have dozed off. Welcome. My name is Erika. I am the Leader of Celadon Gym. I teach the art of flower arranging. My Pokémon are of the Grass-type. Oh, I'm sorry, I had no idea that you wished to challenge me. Very well, but I shall not lose."

For information on Koga, check the Pokémon Elite Four page, for Koga has received a promotion. 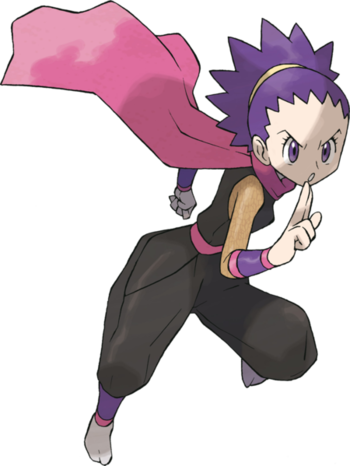 "Fufufufu... I'm sorry to disappoint you... I'm only joking! I'm the real deal! Janine of Fuchsia Gym, that's me!" 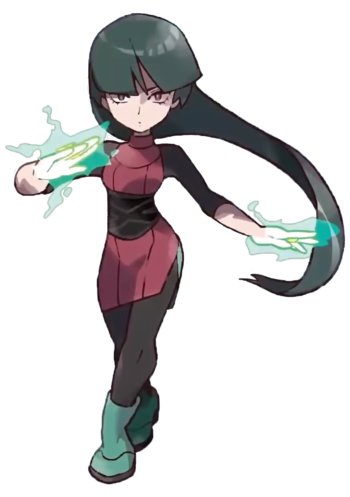 "I had a vision of your arrival! I have had psychic powers since I was a little child. I first learned to bend spoons with my mind. I dislike fighting, but if you wish, I will show you my powers!" 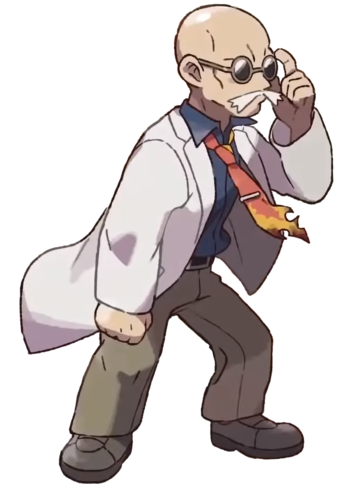 "Hah! I'm Blaine! I am the Leader of Cinnabar Gym! My fiery Pokémon will incinerate all challengers! Hah! You better have Burn Heal!"

Boss of Team Rocket and the Viridian City Gym Leader — The Self-Proclaimed Strongest Trainernote He has no official Gym Leader title, but is called this by the Pokémon World Tournament announcer. (Red, Blue, Yellow, FireRed, and LeafGreen)

For information on Blue, check the Pokémon Protagonists and Rivals character page.