The Gym Leaders in Galar; beating them grants the eight Badges necessary to enter the Galar League in Pokémon Sword and Shield. Due in part to how organized the Gym Challenge is compared to other regions, the gym leaders' roles in the league are a bit different from that presented in past games. In particular there are structured ongoing competitions among the gym leaders themselves (there being around 18 such leaders at any given time, 8 Major Division and 10 Minor Division), which determine which ones are qualified to govern a stadium and be among the 8 that take on challengers in the Gym Challenge, as well as the order in which the 8 who qualify are taken on by participants. Further, those 8 top gym leaders also vie for the Champion title on a regular basis.

Appears in both games 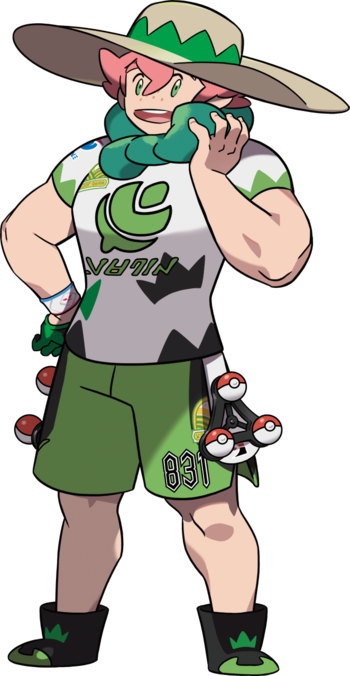 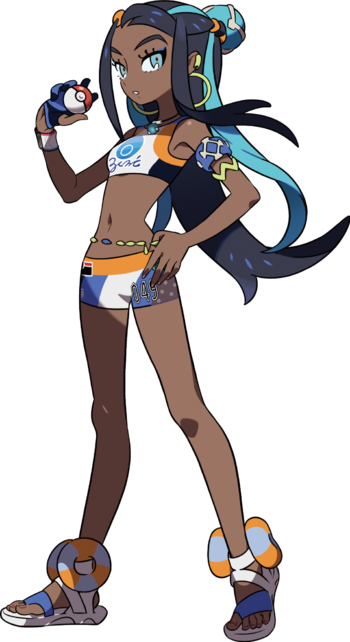 The Gym Leader of Hulbury who specializes in Water-type Pokémon. Despite her calm and collected attitude, Nessa hides a competitive spirit and indomitable will.

The Gym Leader of Motostoke who specializes in Fire-type Pokémon. Invited in from the Hoenn region many years ago, he's had a storied history among the Galar gym leaders, going from nearly becoming champion himself to even dropping into the Minor Division for a time as he tried different battle strategies with varying success. However, after a fantastic battle with Leon he gained the confidence to settle into his current role as Threshold Guardian among the eight Major Division gym leaders. 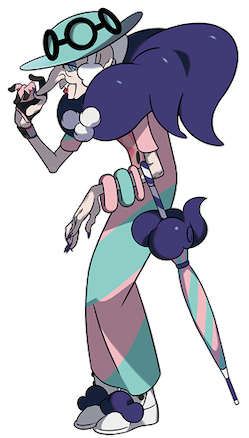 The Gym Leader of Ballonlea who specializes in Fairy-type Pokémon. As one of the older Gym Leaders in the league, she wishes to retire and hand the position to someone else. 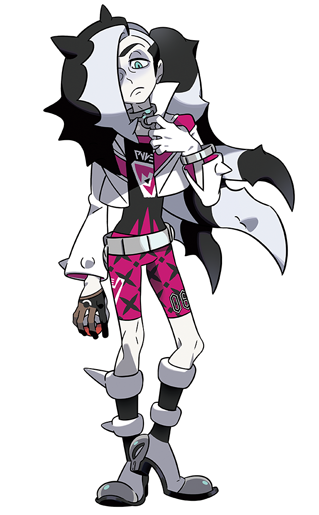 The Gym Leader of Spikemuth who specializes in Dark-type Pokémon. 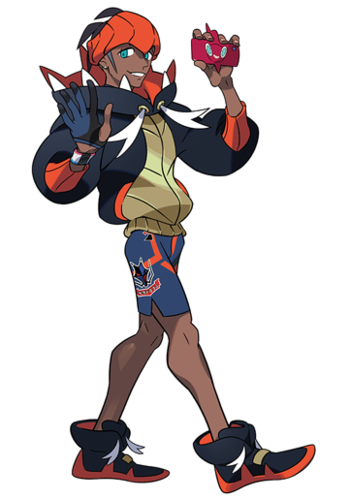 The Gym Leader of Hammerlocke. Although primarily a Dragon-type trainer, he focuses on using weather conditions. To incorporate the strategy, he foregoes having a mono-type team in favor of including Pokémon with abilities that set up weather. He views himself as the greatest rival to the current champion, Leon.

The Pokémon Sword exclusive Gym Leader of Stow-on-Side who specializes in Fighting-type Pokémon. Bea is a prodigy in Galar karate, carrying on its century-old traditions and techniques. She is known for being stoic and rarely showing her emotions, and her battle style remains very precise even when backed into a corner. 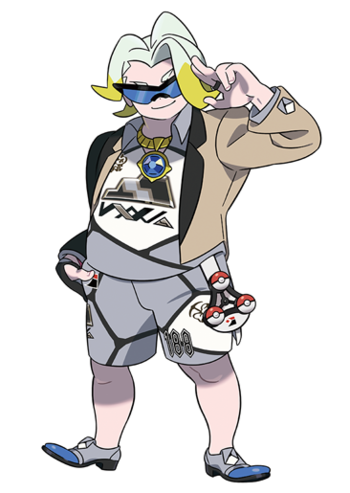 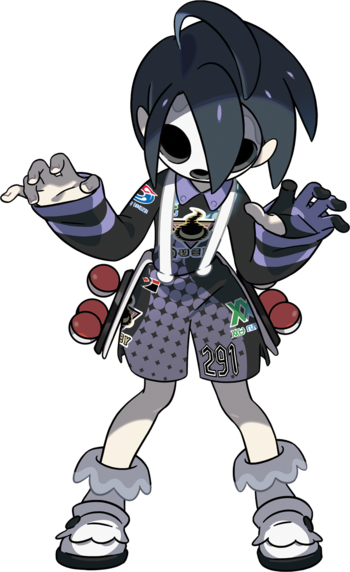 The Pokémon Shield exclusive Gym Leader of Stow-on-Side who specializes in Ghost-type Pokémon, a position he achieved at a young age. He's extremely shy and fearful, so he hides his face with a mask when around other people. Allister rarely appears in public and apparently spends most of his time around ruins or in cemeteries. 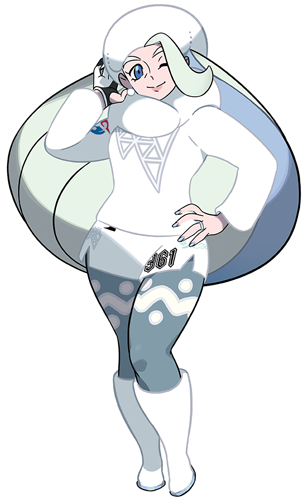 Your teammate in the Exploration Team in the Crown Tundra and a former Steel-type Gym Leader. He's also the younger brother of Chairman Rose.