These special trainers are heads of special facilities that specialize in Pokémon battles. Normally these places are only accessible once you've beaten the main game, and for good reason: the game's AI takes the kid gloves off and provide some of the absolute hardest challenges the game has to offer. Only very determined and experienced players have a chance of conquering these places. 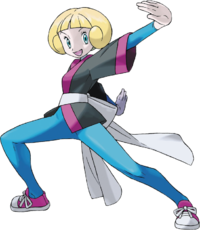 She likes tough Trainers, and will gladly hand over the Guts Symbol if defeated. 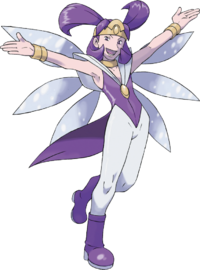 He prefaces battles with narcissistic comments, and if he loses, turns over the Tactics Symbol to the Trainer's Frontier Pass.

The Luck Symbol is awarded to those able to defeat Lucy's Pokémon. 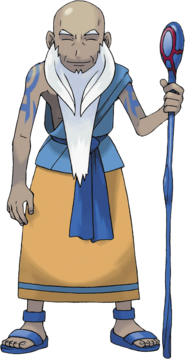 When defeated, he awards the Spirits Symbol.

When defeated in battle, he'll praise the grandeur of the match and hand over the Brave Symbol. 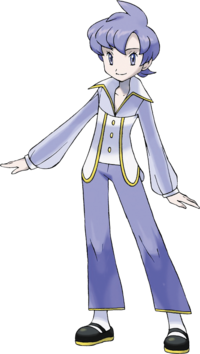 When defeated, she awards the Ability Symbol onto the Frontier Pass. 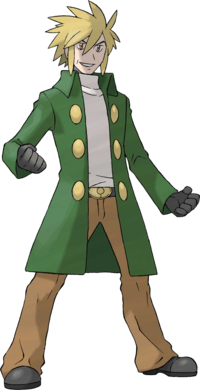 Barry's father, who is just as energetic as his son and has the skill to back up him his position as the Battle Tower tycoon. He will award you with the Tower Print upon defeat.

Caitlin's loyal butler, who guides trainers through the Battle Castle. He will award you with the Castle Print upon defeat.

The veteran woman who runs the Battle Hall. She will award you with the Hall Print upon defeat. 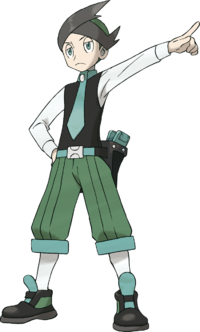 The eccentric geek in charge of the Battle Factory. He will award you with the Factory Print upon defeat. 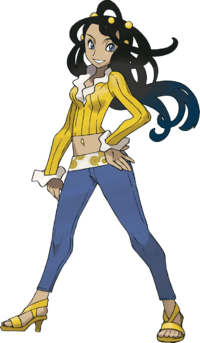 The passionate dancer of the Battle Arcade. She will award you with the Arcade Print upon defeat. 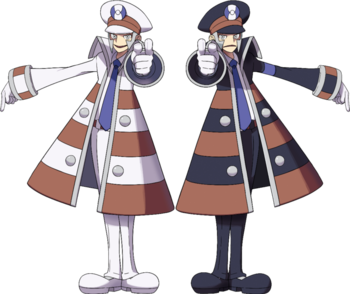 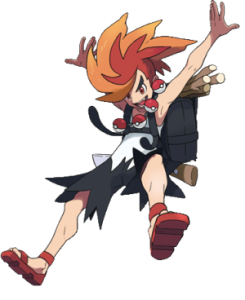 The grandson of Champion Alder whom the player may only fight if they manage to reach the top/bottom of Black Tower/White Treehollow. 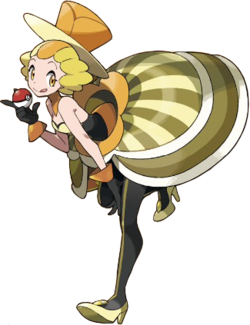 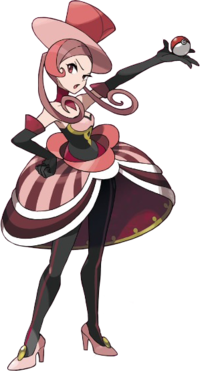 The protagonist of the Kanto games. He makes a return in Sun and Moon as the head of the Single Battle challenge. In the Multi Battle challenge, he and Blue are fought together.

For more information, refer to Pokémon Protagonists and Rivals.

The main rival of the Kanto games. He makes a return in Sun and Moon as the head of the Double Battle challenge. In the Multi Battle challenge, he and Red are fought together.

For more information, refer to Pokémon Protagonists and Rivals.