The Elite Four are trainers of the highest caliber in the region. Traditionally, the player has to face all four of them back to back without going back to a Pokémon Center to heal them (though items can be used during challenges). Much like Gym Leaders, they usually use Pokémon of a certain type. Defeating them, however, isn't the last hurdle to becoming a Pokémon champion. Rather, next the player must face the champion...

open/close all folders
The Elite Four in general 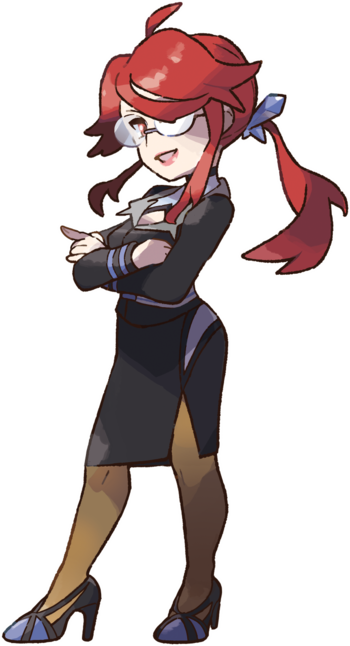 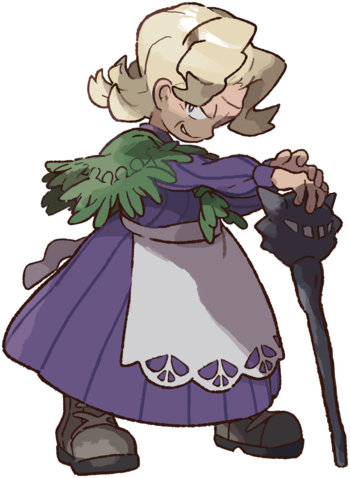 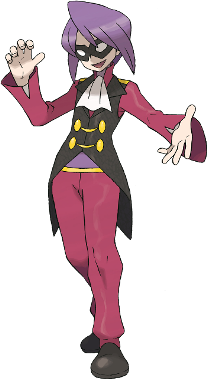 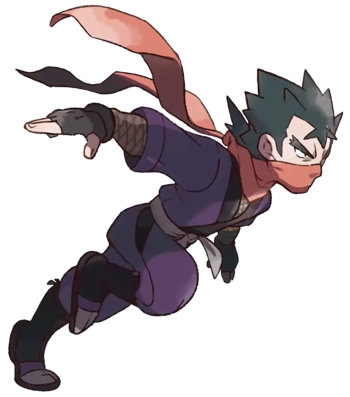 Originally the Fuchsia Gym Leader in Red, Blue, Yellow, FireRed, and LeafGreen, Koga moves to the Elite Four in the Johto games, with his daughter Janine taking his previous position. 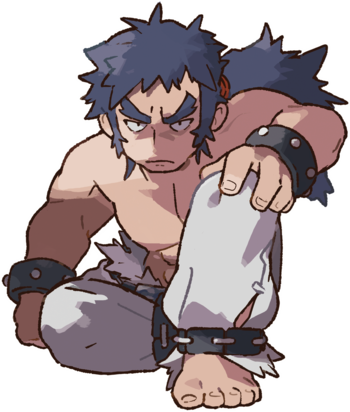 Uniquely, Bruno serves on both the Gen I and Gen II Elite Four teams, though he moves up from the second member to the third between games. However, he is mostly the same opponent in both instances. 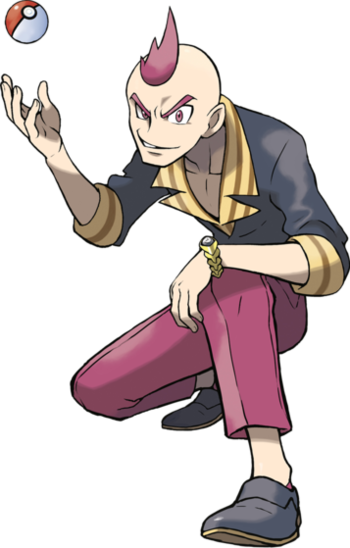 "I like that look you're giving me. I guess you'll give me a good match." 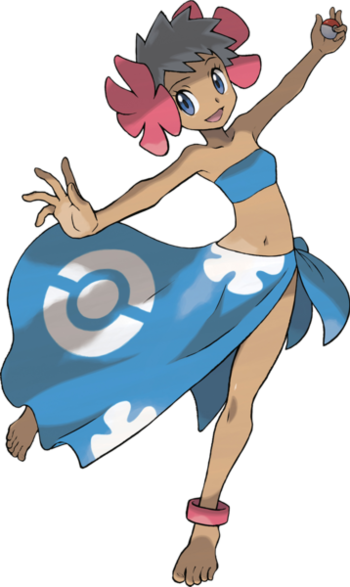 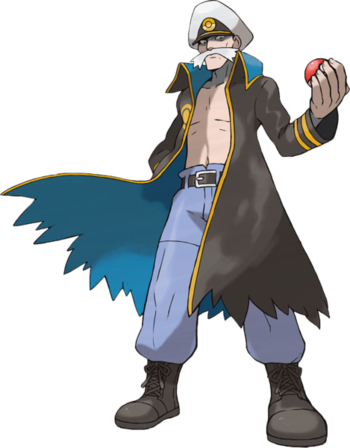 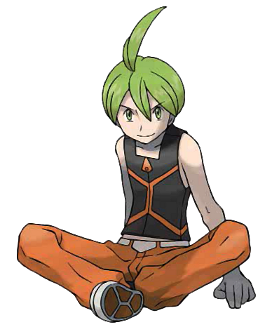 "I'm a huge fan of bug Pokémon. Bug Pokémon are nasty-mean, and yet they're beautiful, too..."

"You're quite the adorable Trainer, but you've also got a spine." 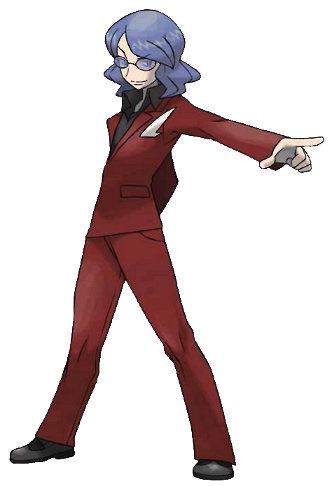 "They say I am the toughest of the Elite Four. I'm afraid I will have to go all out against you to live up to that reputation."

Voiced by: Kira Buckland (Pokémon Masters - EN), Yuka Nukui (Pokémon Masters - JP)
"I absolutely love writing about the close bonds between the Trainers who come here and the Pokémon they train. Could I use you and your Pokémon as a subject?"
Marshal (Renbu) 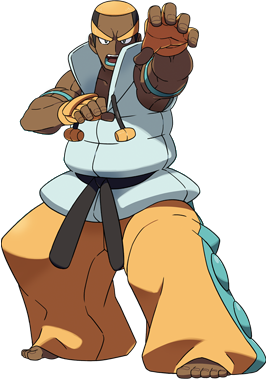 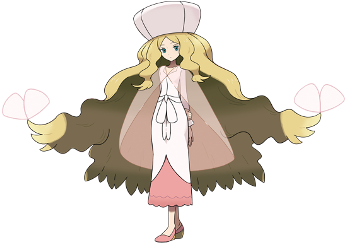 Voiced by: Sarah Miller-Crews (Pokémon Masters - EN), Satomi Sato (Pokémon Masters - JP)
"You appear to possess a combination of strength and kindness. Very well. Make your best effort not to bore me with a yawn-inducing battle." 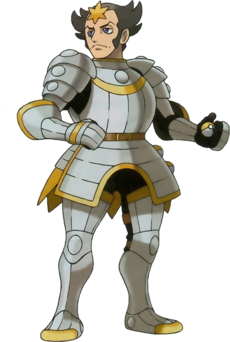 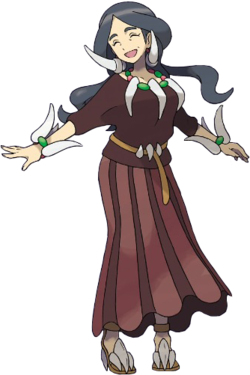 "Welcome, welcome, come in. You must be a strong Trainer. Yes, quite strong indeed..."

Voiced by: Sean Chiplock (Pokémon Masters - EN), Shounosuke Horikoshi (Pokémon Masters - JP)
"Cooking is the type of art that disappears as soon as it is completed. Pokémon battles are the same. Even memories of sweet victory soon fade after the battle ends." 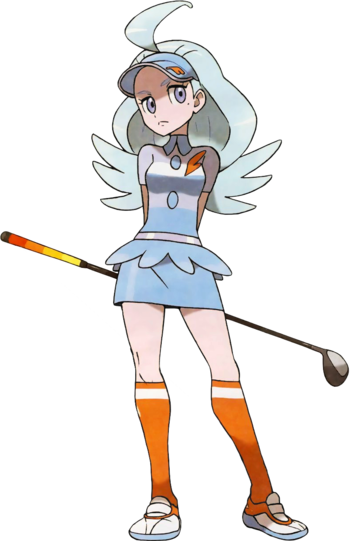 Golfer and Flying-type specialist. She's been traveling to other regions to become a better trainer and golfer, but flew back to Alola at Kukui's request to become a member of the new Elite Four.

Molayne is a former Trial Captain, who passed the role onto his cousin, Sophocles. Now, Molayne takes care of Alola's Pokémon Storage System. In Ultra Sun and Ultra Moon, he replaces Hala as a member of Alola's new Elite Four.