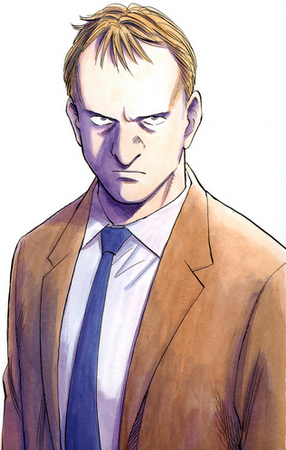 Nothing will be born... from hatred.

The main character of the manga, Gesicht is a police robot who works for Europol under the maintenance of Doctor Hoffman, and one of the 7 robots considered to be weapons of mass destruction. 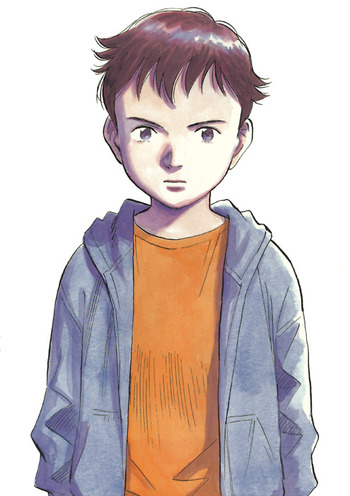 One of the seven most advanced robots in the world, and Urasawa's take on Astro Boy. Although he has a child-like appearance and mannerisms, he's arguably the most advanced and powerful robot in the world, able show emotions and experience things that others can't while packing the firepower to defeat nearly any other robot.
Mont-Blanc
One of the seven robot WMDs, Mont-Blanc is a peace-loving robot beloved worldwide. His death kicks of the plot of the manga.
North No. 2
Brando
Heracles

The manga's namesake and the one behind the robot murders. It is eventually revealed that his real name is Sahad, a gentle robot who wanted to fill his homeland of Persia with flowers. After losing everything in the 39th Central Asian War, Dr. Abullah, his creator, was consumed by hatred, and used Sahad as an instrument of vengeance. He created the "Pluto" body and inserted Sahad's AI into it, tasking it with killing the Bora Investigation Squad and the seven greatest robots.