Characters / Pirates Of The Caribbean Other Characters 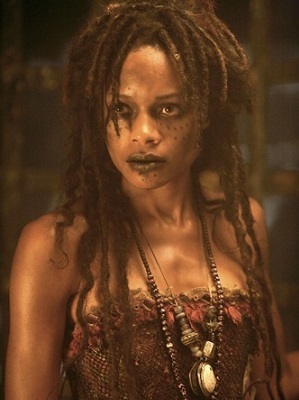 "A touch...of destiny!"
Played By: Naomie Harris
Appears in: Dead Man's Chest | At World's End
"It has been torture, trapped in this single form, cut off from the sea. From all that I love."

A mysterious voodoo woman with unknown connections to Jack. 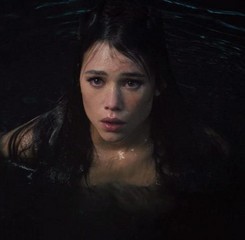 A benign mermaid that Blackbeard captures while hunting for the Fountain of Youth, and whom Philip falls in love with. 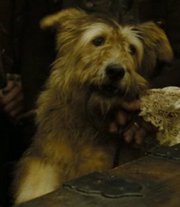 Appears in: The Curse Of The Black Pearl | Dead Man's Chest | At World's End

A dog who has a habit of always turning up in the strangest places, carrying a ring of keys in his mouth.

Played by: Óscar Jaenada
Appears in: On Stranger Tides 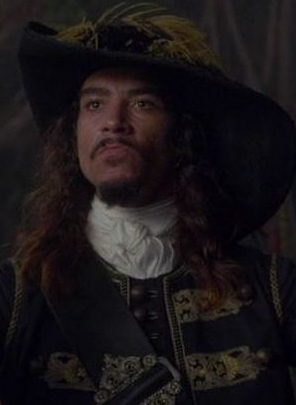 An officer in the employ of the King of Spain; he's the first party to set out after the Fountain of Youth, which prompts King George II to send Barbarossa to claim it for himself. This in turn, prompts Blackbeard (and Jack) to set sail as well, kicking off the plot for the entire fourth movie. For the most part he serves as a distant enemy to all the other seekers of the Fountain of Youth, actually ending up being the last to get there. His actions once getting there, however, have the most drastic consequences. 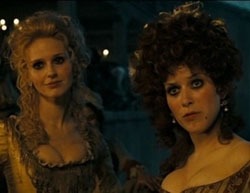 A pair of painted strumpets first encountered in Tortuga in the films. They function as slapstick (or slap Jack, mostly) comic relief.