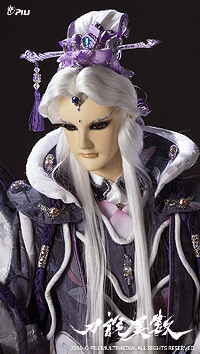 Protector of the central plains, and nominal leader of Team Tiger. He's virtuous, polite, and The Fettered. To the point that when he goes against his vow at the beginning of the series to try and stop the Emperor, he's struck down by God for breaking his vow of non-interference. 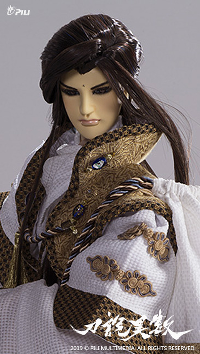 A traveling member of Team Tiger and close friend and ally of Su Huan-chen. Works to help resurrect his friend, and tries to gain the loyalty of Ku Yeh to the side of Team Tiger. 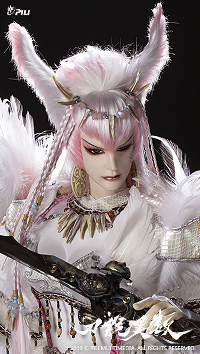 Quick witted and quick tongued friend of Team Tiger. Usually the target of comical mishaps. Though sometimes unscrupulous, he never wavers from helping the good guys.

A thuggish dope who follows Chin Chia-hsien. Though soft hearted, he used to be part of an evil faction in the original series. Has a unique skill that makes him nigh impossible to kill. 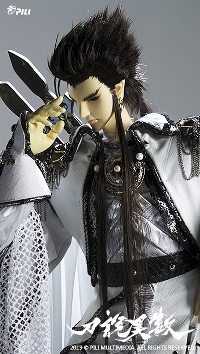 Estranged son of Yeh Hsiao-chai, considers himself an orphan. Has a low moral character, is mysoginistic and has indirectly caused the deaths of both his grandfathers. Karma has it out for him, and he has a series of comically bad turns. 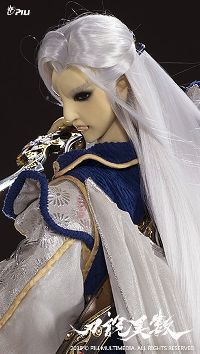 Estranged father of Chin Shao-yeh with a very tragic life. His master challenged him to a duel to the death over the woman both loved. Had his hands smashed by Pan To Fei to cancel the duel. Was secretly taught sword skills, but the penultimate lesson left him white haired and required he cut out his own tongue.

A retired martial arts master living with his beloved wife in a bamboo forest. Sadly, there's always one last job. 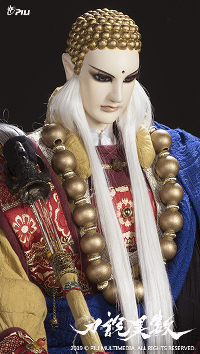 Member of Team Tiger, he hid himself inside of Chin Chia-Hsien to avoid discovery by the Evil Dragon's Miracles and the demon realm. Unique for having Enlightenment Superpowers that are very effective against demons and most other enemies. 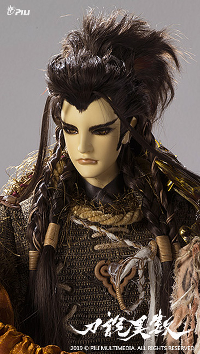 An accomplished blacksmith and martial artist, and a member of Team Tiger. He saved Yeh Hsiao-chai and taught him.

An icy assassin and member of Team Tiger. 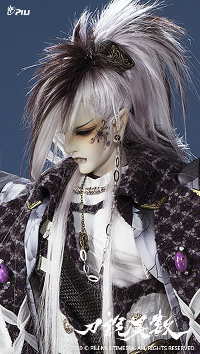 Wielder of the Yenna Magical Blade. Honorable, seeks to test his blade against worthy opponents but will not tolerate an unfair fight. 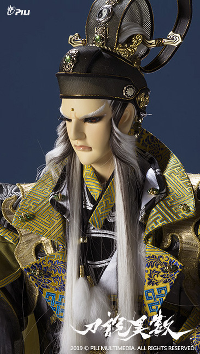 Alias: Lord of the Sun

Guardian of Giant Book Rock and the giant stone book with the story behind all the world's sacred and profane weapons. 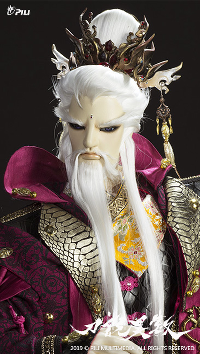 Emperor of the tribes of the north, he plans on world domination. One of the strongest martial artists of the world. Fierce enemy of Su Huan-chen.

Once an independent ruler subjugated by the Eternal Empress. Longs for the day she kill the empress and can reclaim her independence. 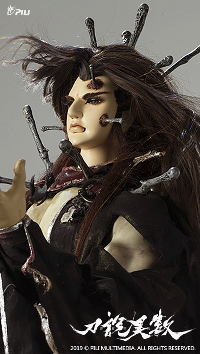 A powerful martial artist trapped in the Demon Realm after his arrogance got him captured. He's pierced by bone spikes that cause constant pain, and is cursed by the Demon Resurrection Tree to be slowly consumed. The Demon King and the Archmage of Hell plan to use him to wipe out the Tiger Generals and the Dragon Miracles.

The ruler of the demon realm, seeks to kill both the Tiger Generals and the Dragon Miracles. He's very short tempered and fearful at times.

The Demon King's Grand Archmage of the demon realm. He's older than he looks, being 1000 years old. He plans to use Nankung Chu against the Demon King eventually.

A highly intelligent and cunning man serving the Golden Sun Emperor. Once(?) a close friend of Su-huan Chen, but his strategy to unite the tribes of the north under the Emperor forced Su-huan Chen to break his vow, causing his death. He created the incredibly powerful Ninja Pirate Zombie Robot Chih Pi-li.

A fire demon who forged the Sacred Dragon Bone Blade. 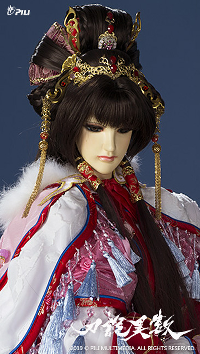 A mysterious noblewoman with extensive knowledge of poison, geometry, geology, astrology, and mythology. Is she friend or foe?

Yi Ye-Shu
"The world is so unpredictable like a round of chess, making a mockery out of the brave warriors"
Alias: Of The Hundred Years Statecraft

Master of Ling Hsin I Fo, one of the two most ancient and powerful martial artists in the world. Friend and Friendly Rival to Ban Chi-Chien. Has golden beads for hair.

Ban Chi-Chien
"The universe is illusory, the sky is changeable, and many were trapped in it."
Alias: World's Martial Art

Master of Tai Huang-Chun, one of the two most ancient and powerful martial artists in the world. Friend and Friendly Rival to Yi Ye-Shu.