Abigail often dresses up as various characters during her videos, usually as a way of demonstrating the point she's trying to make. While not many of them have had more than one appearance, a few recurring roles have been featured.

An Australian Fortnite streamer and comic book fan who also does internet callouts and dabbles in philosophy. Has an extremely unfortunate taste in shirts.
D. S. Ellis

A closeted gay Detective Sergeant turned club bouncer with a tendency towards aggression.
The Traveling Salesman / The Arsonist / Ivan Schmitz 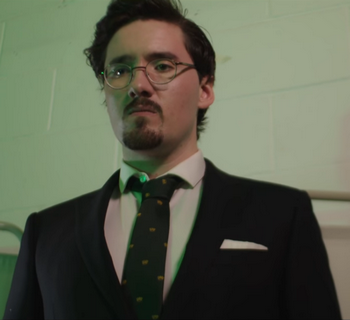 A mild-mannered traveling salesman. A huge fan of classical music, and gravely concerned with a recent string of arson attacks.

A Steve Jobs-type professional yet casual tech CEO with plenty of blood on his hands.
Lucifer

Appears in: Jordan Peterson & The Meaning of Life 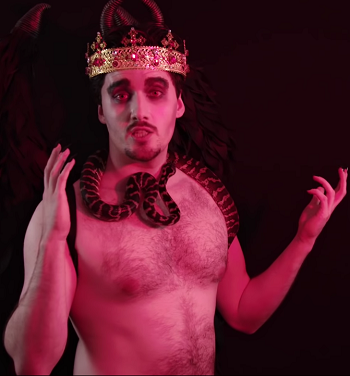 Thinkest thou that Hell is but a fable?
Aye, think so still, till experience change thy mind!
Why, this is Hell, nor are we out of it.
Hell hath no limits, nor is circumscrib'd
In one self place; for where I am is Hell
And where Hell is, there must I ever be...

Lucifer, lord of hell, regent of the damned, the devil, the adversary, the morning star, incarnation of all the world's evil, and the only true Jordan Peterson fan. 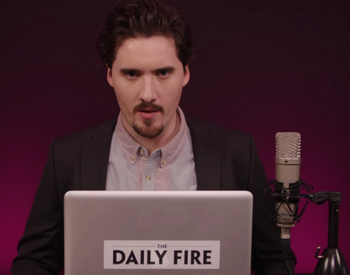 "Well hey there! Tonight we're gonna talk about abortion, the Democrats' attempts to subvert American politics, and why the Leftist discourse has gotten so toxic online. I'm Tom Gently; this is the Tom Gently show."

The fast-talking host of the right-wing radio show The Daily Fire.

Appears in: Antisemitism: An Analysis 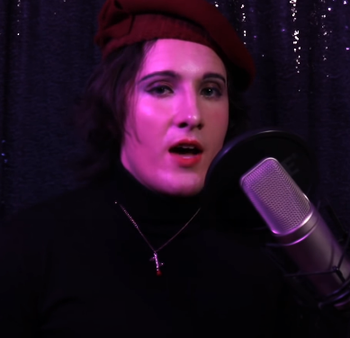 "Every night before I go to sleep in my bunker, I read a chapter of The Communist Manifesto, I moisturize my face, and I bludgeon a policeman to death with a baguette."

A French member of the French Resistance dressed as a beatnik.

A fireman who is implied to be The Arsonist’s “daughter” that he frets about in Charles Darwin vs Karl Marx.

Appears in: Confucius (or What to Do When Elites Break the Rules) 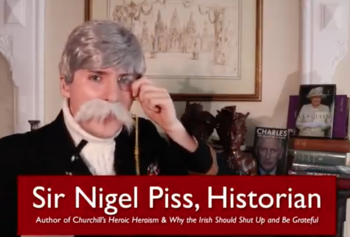 "The Chinese never had a secular enlightenment, which is why they are bound by obsolete traditions and an obsession with the past... unlike Great Britain, where if you say anything bad about Churchill, I'll f**king have you!"

Ostensibly a historian studying Chinese philosophy, in reality a monarchist nationalist capitalist imperialist who distorts Confucius' teachings for his own means.

Appears in: The Trouble with the Video Games Industry 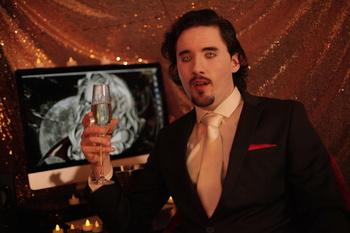 A vampire who's an economist, a big proponent of neoliberal economics, who argues that allowing wealth and influence to be concentrated in an ever-smaller number of hands leads to a more economically prosperous (and therefore "better") society.

"This week is the one-month anniversary of the Lewisham Arson Attack: one month since an unknown arsonist savagely took the lives of five people and a homeless man."

A newspaper columnist and political commentator who rails against the anti-fire brigade and thinks wokeness has gone too far.