Characters / Phantom of the Paradise

Character sheet for the film Phantom of the Paradise. 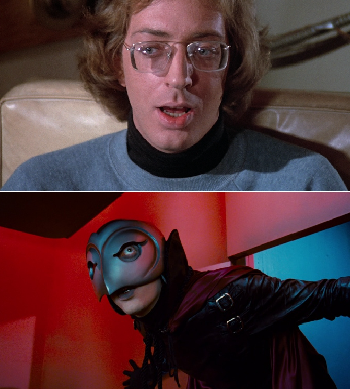 "Never sing my music again! My music is for Phoenix; only she can sing it. Anyone else who tries dies!"

A struggling young musician/songwriter, Winslow is introduced making a futile attempt to advertise his talents by playing at one of Swan's clubs... during the intermission. Doubly unfortunately, Swan overhears him playing, and orders his music stolen so that he can use it to open the Paradise; when Winslow tries to protest this, he's promptly framed for drug dealing and given a life sentence in Sing Sing, where he remains — up until he happens to hear his cantata playing on the radio. Following a rage-fueled escape and a traumatic scarring, Winslow finally makes his way to the Paradise, taking on the identity of the Phantom to take revenge on Swan. 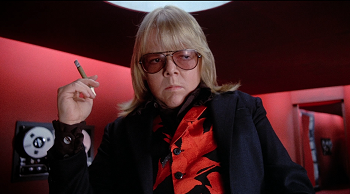 "You know how I abhor perfection in anyone but myself."

Evil CEO and producer of Death Records, Swan is an expert at making hit records and exploiting his musicians for all they're worth. Arrogant, narcissistic, and always looking for a chance to drum up publicity, Swan has recently finished building the monumental Paradise concert hall, and is looking for the right music to open it with.

"I'll do anything you want; I owe you everything. Just give me that crowd again."

A young singer with hopes of becoming a star. Prior to his imprisonment, Winslow met her at the auditions for Faust and realized she would be perfect for the lead in his cantata- ultimately going so far as to kill anybody who opposed her rise to stardom. Unfortunately Swan, despising her perfection, has her demoted to back up singer. However, she finally gets her chance to sing after Beef dies... and finds that she's prepared to do anything to earn the crowd's applause once again. 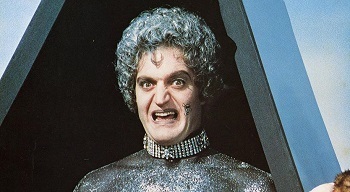 "I have been in this business a long time, and if I don't wanna do the show it's not because I've got stage fright. It's cause some creature from beyond doesn't want me to do the show!"

A musician brought in to sing Winslow's cantata, after Phoenix was deemed "too perfect". Like most of Swan's musicians, Beef is hooked on drugs, although it seems that this time they didn't have to get him addicted themselves. He is narcissistic, superstitious and has the ability to turn either his manliness or girliness Up to Eleven at will.

The Juicy Fruits / The Beach Bums / The Undeads 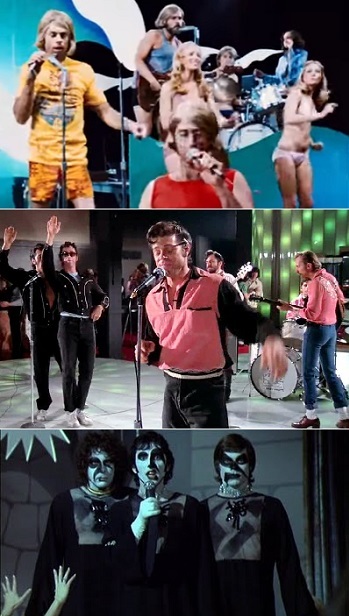 Swan's band, answering to the names of Archie, Jeffrey and Harold. Swan constantly reforms their band's look and name to match current trends, reusing them as leads and backup singers wherever necessary - partly to save money, but mainly to capitalize on their sheer malleability, as "Upholstery" demonstrated. 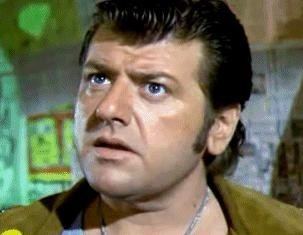 "You see Swan sittin' in that box up there? Well he doesn't show it or anything, but right now he's thinking "Why isn't Harold in the car?" Now, if he comes down here, do you really want me to tell him that it's not in the stars for you to ride off the stage in this car, Harold?"

Swan's right hand man, Philbin's job encompasses a number of fields, including scounting for talent, managing bands, directing the actors and singers on the Paradise set, and enforcing Swan's orders.