The antagonists of Persona 4.

Every person listed here is a Walking Spoiler. Thus, expect all spoilers ahead will be unmarked. You Have Been Warned.

For tropes relating to the characters appearing in Persona 4: Arena, click here.

open/close all folders
Advertisement:
The Suspect 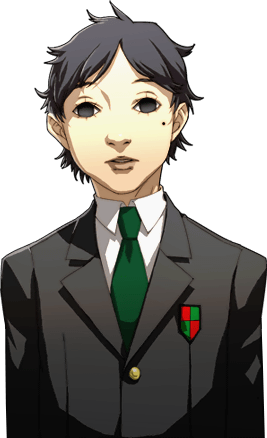 Voiced by: Tsuyoshi Takahashi (Japanese), Kyle Hebert (English)
A student from another school in Inaba. A loner all his life who only found solace in video games, he is first seen trying to ask out Yukiko on the protagonist/Yu's first day of school. He fails, as with everyone who does so, and spends the next several months as a recurring background character, loudly complaining about the latest happenings to anyone who will listen.

After the Investigation Team manages to save three victims in a row, King Moron is found dead, arranged in the same manner as the first two victims, and Kubo appears on the Midnight Channel, taunting the viewers to catch him if they can. Now the biggest suspect in the case, the Team rushes into the TV after him, tracking him to a dungeon inspired by an old-school 8-bit RPG. There, they find him facing down his Shadow, which claims that he's "nothing."

After his Shadow is defeated, the Team drags him back to the real world, where he claims responsibility for the murders and relishes in the attention his actions gained him. Unfortunately for the Investigation Team, it's quickly proven that he was a mere copycat killer, with Morooka as his only victim. Nothing is stated about him after this, other than that the police admitted they made false charges after Namatame becomes the next suspect.
The Lead 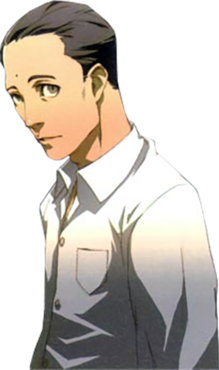 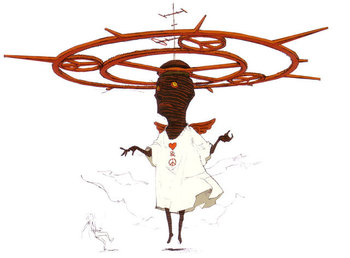 Voiced by: Koji Haramaki (Japanese), Zach Hanks (English), Matthew Mercer (English, The Animation)
Once a secretary in the Yasogami City Council, Taro Namatame's affair with news reporter Mayumi Yamano was a hot local topic by the time the Protagonist arrives in town. It ultimately cost him his job, and by the time the Protagonist arrives, he has been reduced to a mere deliveryman.

After kidnapping Yukiko, Kanji, Rise, Naoto and Nanako, he becomes the Team's chief suspect. He is confronted and defeated inside a manifestation of Heaven created as a twisted fusion of his own messianic complex and Nanako's innocence. Now cornered, Namatame transforms into an entity known as Kunino-sagiri by merging with the Shadows around him. He also plays a pivotal role in determining the outcome of the case; should the player choose to simply let him take the blame for the murders, they will be "rewarded" with the Bad Ending. If the Protagonist/Yu convinces his teammates that something still seems off about the case, the game will move the player closer to the Normal and True Endings.

Should he be spared, Namatame, still recovering from his experiences, will aid the Investigation Team by offering his perspective on the game's events thus far: after witnessing the deaths of Mayumi and Saki, Namatame concluded that anyone who appeared on the Midnight Channel would be murdered in the real world, and made it his life's mission to "save" them by hiding them inside the television. Unfortunately, his understanding of the TV world was extremely flawed, and his actions could have very easily caused more deaths.

In the extended true ending of Persona 4 Golden, he can be seen running again for public office, determined to be a political force for good in Inaba as penance for his actions.
The Killer
See The Killer's page here.
The Fog 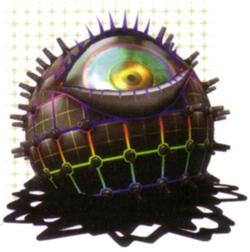 "To defy me is a senseless act that goes against your world's wishes. Now, let everything vanish into the sweet fog of illusion."

Ameno-sagiri is the power in the Midnight Channel that created the fog and is the one responsible for pushing it into the real world. It possesses Adachi after his defeat by the Investigation Team to explain itself. Ameno-sagiri's goal is to cover the world in fog and convert mankind into blissfully ignorant Shadows because it earnestly thinks that's what humanity wants. The Investigation team has to fight him to put a stop to the spreading of the fog.

In the True Ending, the Greater-Scope Villain reveals that Ameno-sagiri was simply an avatar it created to go about its business.

The Avatar (Golden only) 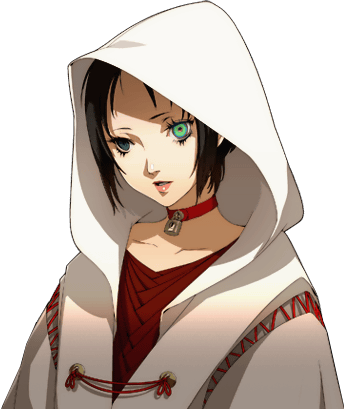 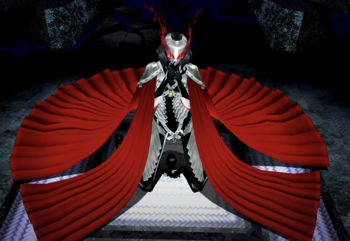 "I remember...I remember everything."

In the epilogue of Golden, she becomes a weather forecaster under the alias of Mariko Kusumi, using her rediscovered powers to control the weather in the region and more or less announce what she's going to do each day on TV. If romanced, she'll also confess her love for the Protagonist at the end of her weather report.
Advertisement:
The Mastermind 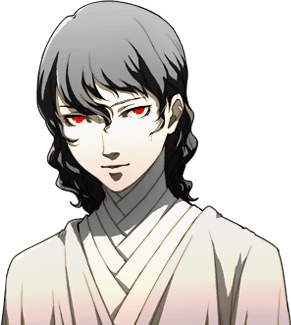 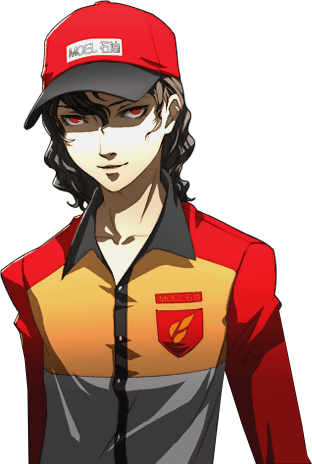 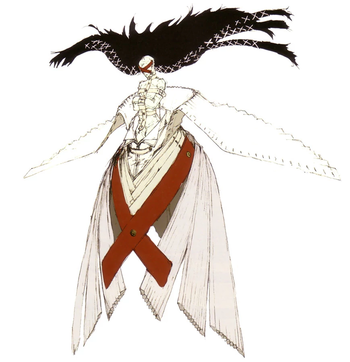 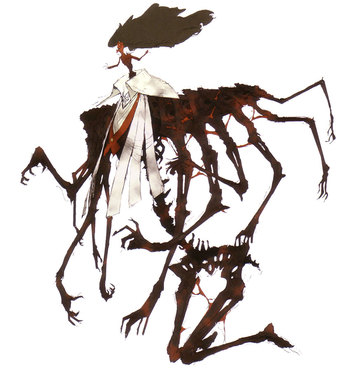 "Amazing...You've reached me at last."

Voiced by: Romi Park, Daisuke Namikawa (as Moel Gas Station attendant), Ryūsei Nakao (Japanese, as Ameno-sagiri and the gas station attendant, The Animation), Karen Strassman (English), Derek Stephen Prince (English, as Moel Gas Station attendant, The Animation), Johnny Yong Bosch (English, as Ameno-sagiri, The Animation)
An extremely ancient and powerful manifestation of the collective unconscious styled after a goddess from traditional Japanese folklore, or perhaps its basis. You initially hear her name during a class lecture midway through the game: Izanami was the wife who died in childbirth of a god named Izanagi. But when Izanagi went to bring his wife back from the underworld, he saw she had become a rotting corpse and fled. Enraged, Izanami chased after her husband to the entrance of the underworld, where Izanagi sealed her in. Izanami then threatened to curse 1,000 people to die every day unless she was freed, only for Izanagi to promise that each day he would give life to 1,500 new ones.

While Izanami herself doesn't specify how much of the legend is true, she is the mastermind behind all the events in Inaba. In an attempt to fulfill the desires of humanity, she creates the world inside the TV and grants three Unwitting Pawns, the Protagonist, Namatame, and Adachi, the power to enter. Her plan is to then create a new world for humanity that matches the quality of the pawn whose actions are the most prolific. Because Adachi, who represents Emptiness, has the greatest effect, Izanami deems that humanity wants to live in self-deception and plans to slowly turn all of humanity into Shadows.

In the True Ending, after Adachi and Ameno-sagiri are defeated, the Protagonist may surmise that something about the case still seems unresolved, and traces the events in Inaba back to Izanami, who has been watching everything unfold as the local gas station's attendant. She reveals that Ameno-sagiri was merely an alter-ego that she created long ago, and she still plans on granting Adachi's wish despite his defeat.

After the Investigation Team chases her through Yomotsu Hirasaka, Izanami nearly manages to kill them all. However, the power of the Protagonist's Social Links revives him, and he destroys her in a single attack with the power of the World Arcana in the form of Izanagi-no-Okami.