Miscellaneous members of the Innocent Sin and Eternal Punishment casts. 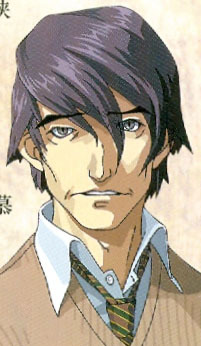 Jun Kurosu’s father, and a former world history teacher at Seven Sisters High School. During the Innocent Sin timeline, Kashihara — an unabashed Conspiracy Theorist — developed a close relationship with a student of his, Tatsuya Sudou, who claimed to hear voices. Believing that Sudou’s voices actually belonged to an elder race of aliens called the Maians, Kashihara worked together with his coworker and Hopeless Suitor Maya Okamura to collate Sudou’s thoughts into a single volume prophesying the end of the world, In Lak’ech.

Meanwhile, Kashihara’s personal life took a nosedive as his marriage to his son’s mother, Junko Kurosu, crumbled into a nasty divorce that left his reputation in shambles. Alone, Kashihara died mysteriously in the clock tower of Sevens Sisters, giving rise to the rumor that his ghost still haunts the tower.

Kashihara is alive and Happily Married to Junko in the Eternal Punishment timeline, and retains his teaching position at Seven Sisters. 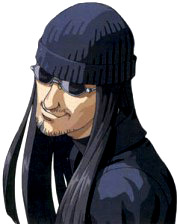 An inhabitant of the Velvet Room, and the only one besides Igor who serves a function in the game. At the player's request, he will convert the Free Tarot cards into any other arcana card, except for Fool and minor arcana. 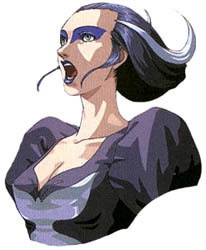 First seen as a background character in the first Persona, she is the soprano who is accompanied with Nameless. She covers her ears with her hair in order to concentrate on her performance. 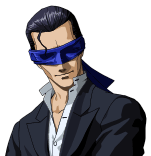 A pianist in suite who plays various pieces on a gigantic grand piano. In order to concentrate on performance, he covers his eyes. Nameless also has an obsession with numbering, which is parodied in the Persona 2 Drama CD.

Trish is a gold-digging refugee from the fairy world who was exiled due to her greed. Formerly an NPC in the first Persona, she has noticeably aged in ensuing years (as Kei will attest). Trish maintains a Healing Spring at which the party can heal, generally found in every dungeon, in each of the Persona 2 games. Despite her sweet-natured appearance, Trish is notorious for being selfish, greedy, and charging outlandish prices for her healing services. While restoring in town generally costs a few thousand yen, Trish tends to charge a few dozen thousand. Should the player refuse, she'll generally tell them to go and die for all she cares.

A returning NPC from the original Persona, as well as the protagonist of Shin Megami Tensei if..., Tamaki is now in college, and works part-time in the Kuzunoha Detective Agency as both an assistant to Daisuke Todoroki and a Devil Summoner. She handles the mail-in magazine prizes for the party, and in one occasion, Tamaki will dress up as a cat burglar along with Tadashi Satomi (who is now her fiance), helping the party to rescue the schoolchildren trapped deep inside the burning Sky Museum.

In Eternal Punishment, Tamaki still works at the Kuzunoha Detective Agency. She is also hiding a money-hungry Catgirl demon in the bathroom, who uses the giant fortune cat in the office as a facade to ask for handouts. Tamaki reprises her role of handling the mail-in magazine contest entries for the party. Off-hand, she expresses concern for her fiancée, who has been missing because of assassination threats from sources unknown. 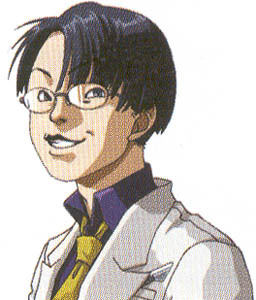 Another returning NPC from the first Persona, Tad works at the Kuzunoha office with his girlfriend, Tammy. Due to general dislike of the character from fans, Tad does not appear in Eternal Punishment, having gone on the run from "assassins" according to Tammy.

A returning character from the first Persona. Ms. Saeko returns in Persona 2: Innocent Sin as the homeroom teacher of Tatsuya Suou, having transfered to Seven Sisters High School along with Vice-Principal Hanya. She is still admired by both students and former students alike.

Saeko makes it her mission to help Tatsuya Suou find direction in his life. She is well-intentioned but relentless, even staking out his motorcycle so she can give him a pep talk. The dialogue trees that ensue later play a minor role in the game's narrative. She assists the party in removing the curse on Seven Sisters High School. Saeko plays a much smaller role in Eternal Punishment. She is interviewed by Maya Amano early in the game regarding the JOKER. 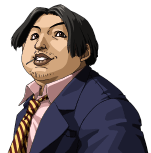 Another returning character from the first Persona, Kenta is a fish connoisseur and rumormonger who found success by using his Persona (despite, or perhaps because of, his Persona being penis demon Mara). He gives advice to fellow St. Hermelin alumni Reiji Kido, whose Persona has only hampered his success. He is usually found at Gatten Sushi, and like the other rumormongers, is willing to exchange rumors with the party. 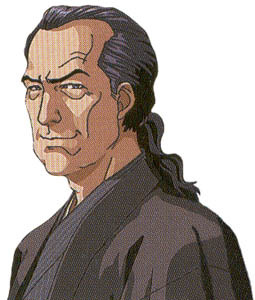 Lisa Silverman's father, a naturalized American who works in the Foreign Currency Exchange. He absolutely loves Japan, and as a result is often seen wearing a yukata out of season. Mr. Silverman implements a home life that matches a typical Japanese family's to the dot; even raising his daughter to become an ideal Japanese lady. He only appears in Innocent Sin, handing out prizes if the party enters and wins one of the magazine sweepstakes.

A second-year Seven Sisters High School student and classmate of Lisa. She works on the school newspaper, and is dating Eikichi Mishina, doubling as a groupie of sorts for the band "Gas Chamber". In Innocent Sin, she was nicknamed "Hanaji" (nosebleed) / "Kozy" and was overweight because of an embarrassing event. In Eternal Punishment, she makes a small cameo inside Gas Chamber but nothing more. 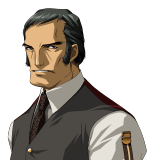 Kei Nanjo's current butler and bodyguard. He seems surly and distant, which is a far cry to how Kei's relationship with the late Yamaoka was before. But the truth is that Matsuoka is actually diligently looking out for Kei's welfare, making sure that his young master becomes the #1 man in Japan as promised.

Editor-In-Chief of Coolest, Maya Amano's immediate superior. Mizuno seems to despise Maya so much that she goes as far as to discard a meaningful article that the latter wrote about the "Rumored Student", breaks her up with partner Yukino Mayuzumi during the assignment at Sevens in Eternal Punishment, and also rescinds her day off. The in-game bio describes her as "30-something and still not married". She only mellows out after Sumaru City becomes the Ameno Torifune. 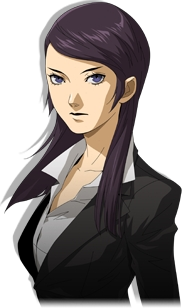 A police officer in the Kounan Police Department who knows Katsuya Suou and the Suou brothers' father, she attempts to track down the mysterious serial killer known as JOKER. Her actions would lead her to eventually meet Tatsuya Suou and become the major part of his story in Tatsuya's scenario. 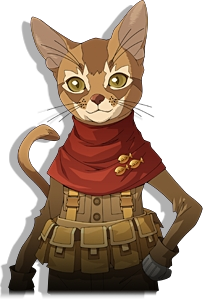 A talking Abyssinian feline that belongs to the Ulthar Cat Forces, Zula is requested by Randolph Carter to aid the party through their journey of the Kadath Mandala. 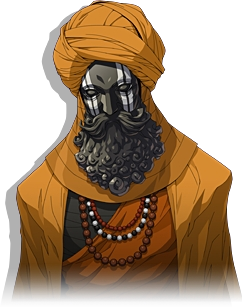 A legendary Persona user known by Igor. He travels across time and space through mankind's consciousness. He holds the Silver Key needed to open the gate to the Kadath Mandala. He requests that Tatsuya and the party attain the trapezohedron that belonged to his apprentice Randolph Carter. He is in fact Randolph Carter himself, having lost his emotions and keeping his sense of self through sheer force of will.

Eleven Holders of the Trapezohedrons

Eleven Holders of the Trapezohedrons

Eleven Entities which hold the fragmented parts of Shiori's self that are found in the world of subconscious, Kadath Mandala. Each one resides in a tower inside the realm, with Nyarlathotep in the last tower and holding the Trapezohedron that contains Shiori's shadow.