In General
A group of strange, but tight-knit characters. Proxies are composed of the most iconic Creepypasta characters who live to serve Slenderman, and act based on his wants and needs- hence, Proxies serve as an in-between (i.e. a proxy) for Slenderman. While not killing, they enjoy watching movies, partying, sleeping, being loud... Which eventually ends in Slenderman's anger.
Jeff the Killer
See here
BEN
See here
Ms. P
See here 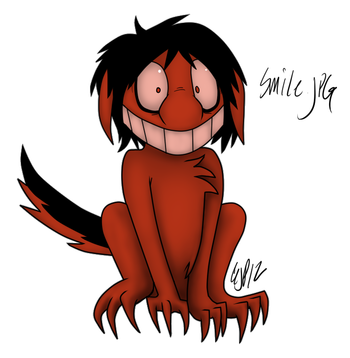 Smile.jpg, or simply Smile Dog, is a Siberian Husky with a human-like Smile. What most people don’t know is that Smile is actually a Lovecraftian-like monster that gives people nightmares until they either pass it on to someone else or commit suicide. Years ago, he met Jeff the Killer, who adopted him. He joined the Proxies not too long after Jeff did.
Sally Williams

"Do you wanna play with me?"

Sally Williams was originally a very sweet and lovable little girl who enjoyed playing with her friends. Unfortunately, fate turned against her when her Uncle Johnny (possessed by none other than Zalgo) raped and later killed her after she ratted him out. Though her family had left the house, Sally stayed. Every night, the residents could see a little girl say “Play with me…”

Sally later met the infamous monster, the Slender Man. Although she was frightened at first, the monster eventually turned out to be friendly and wanted to help Sally find a better life. Slenderman indoctrinated her into being a Proxy, where Ms. P and Jeff the Killer "adopted" her. 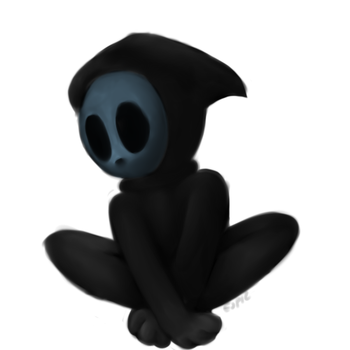 The Butt-Monkey of the Proxies. Eyeless Jack was originally a normal straight A student until he met a girl named Jenny who was part of a cult of a demon called Chernabog. Jack was involuntary made a sacrifice to be a son of Chernabog and during that process, he had his eyes ripped out, causing them to bleed black liquid. Possessed and in a fit of rage, Jack killed the cult members and ate their kidneys, developing a taste for human organs. Thus began the terror of Eyeless Jack.

Initially, he joined Enderman's team and aided them on their evil missions, but eventually defected to he Proxies. Nowadays he is Jeff's timid, paranoid friend and next-door neighbor in Proxy Mansion where he lives. Almost always speaks with a muffled voice.

Jeff's rival and another well-known proxy of the Under Realm. Laughing Jack’s origins date back to 1300's, where he was created by a guardian angel as a "not so imaginary friend" for Isaac Grossman, an extremely lonely child that was often abused by his parents (his mother in particular). Originally a fun loving and kind clown, Laughing Jack was slowly corrupted into a monster. After accidentally killing a cat while playing, Isaac's mother immediately believed it to be her son who did it since Laughing Jack would. Isaac was sent to boarding school shortly after, forcing Jack to return to the box he was discovered in. As time went by, Laughing Jack's colorful appearance turned monochrome and he became emotionless as a result of his imprisonment. 13 years later, Isaac finally returned as a bitter, alcoholic who dismissed Jack as imaginary after the death of his parents. Designed to adapt and develop with Isaac's changing personality, Jack became more and more evil as Isaac became a serial killer who would commit his murders in front of Laughing Jacks prison. Eventually, Isaac rediscovered the box Jack was trapped in and accidentally released him. Resentful of his former friend and having a new found love for violence, Jack brutally murdered Isaac and continued spreading his own brand of "fun" to all the other children of the world. 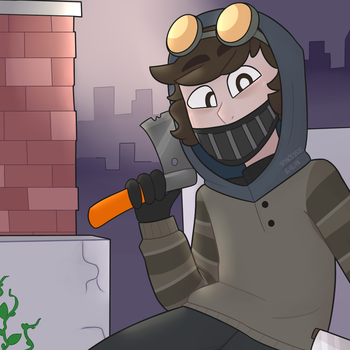 As a young child, Tobi Rogers was diagnosed with Tourette's syndrome, which caused uncontrollable Ticking. Because of this, he was bullied to the point where he had to homeschooled. Tobi was in a car crash, and while he survived, his sister did not. Tobi blamed it on his father. Tobi then snapped, killed his Father and then ran off, setting fire in the streets as he escaped into the woods. Although they had believed the young boy had died in the fire, investigators suspect that Rogers may still be alive, due to the fact that his body was never found. 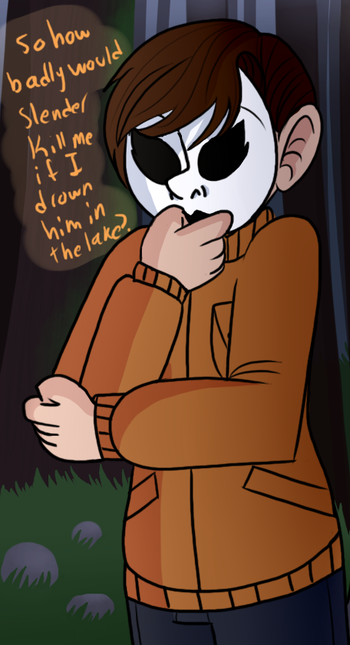 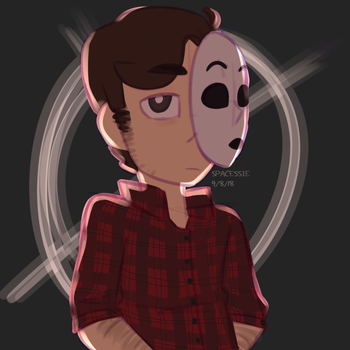 A highly intelligent and cynical Proxy and boyfriend of Hoodie.

Originally named Natalie, Clockwork came from an abusive family which drove her to the point that she gave her stitches. She was later transported to a mental hospital to fix herself but later escaped and killed what was left of her family. She then replaced her left eye with a clock from a pocket watch and now goes around committing murders under the name Clockwork. She later was indoctrinated into Proxyism and is Laughing Jack's girlfriend. She has for different personalities: Natalie (the quiet one), Clockwork (the main personality), E-Scope (the bloodthirsty one), and Brainzilla (the calm and smart one).

A long time ago, before Jeff was killing people and BEN was drowned, Mr. X was the son of a petty criminal and a drug-addicted mother and was raised in a slum. When his father was imprisoned and his mother died, Mr. X was forced to fend for himself and found himself murdering people for money. He met Slenderman while running in the forest to escape the police. Desiring to protect the young boy and help him escape arrest, Slenderman took Mr. X in and trained him to be a Proxy, and he became his personal student, as Slenderman had not had any personal student prior. However, Mr. X went off into the Dark Forest one day but did not return to Proxy Mansion. It was later discovered that he ended up being captured, tortured and killed by Enderman, leaving Slenderman riddled with guilt.

The Plague Doctor / Will Grossman 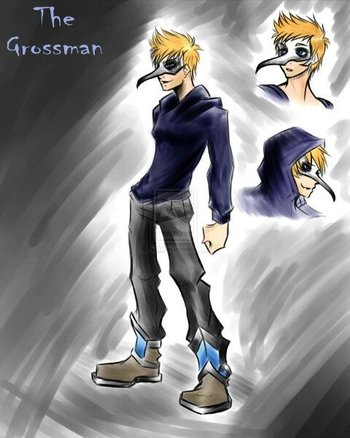 Will Grossman / The Plague Doctor

The specimen known as SCP-049 is also known as the "Plague Doctor", due to his resemblance to the traditional plague doctors from the middle ages. However, it is unknown if this creature is really human or not, especially due to the fact that the mask and robe are part of his body, thus making him somewhat alien. SCP-049 is very much docile, except when he performs surgery on patients.

The main protagonist of the "High School" arc. He's the new kid at Proxy High making to make a big name for himself.

The Plague Doctor's love interest and a long-time Proxy.