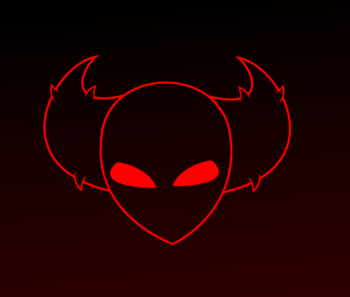 "The Pit is a realm far beyond our own, yet it's all around us. A place without time as we know it. It's a dark realm filled with the tortured souls of both the living and dead. Every being in the Pit is demanded to serve Lord Zalgo, a demon who only exists to cause misery and death. He has ruled countless galaxies for thousands of years and has led an army of his tortured souls in an attempt to conquer the multiverse. They are responsible for countless genocides, with cities, towns, planets, and small settlements being completely destroyed, alongside all their inhabitants, while nature itself is left to rot or decimated to make room for Zalgo's strongholds."
Aton

The Pit is a realm of tortured souls known, inhabited by legions of monsters and demons forged from the tears of the undead, and each one clad in armor carved from the concentrated suffering of grieving mothers. They are lead by Lord Zalgo, who is also is said to live within all mankind, waiting for the thin glass wall within them to crack, so that he may take over.

They are a truly despotic empire, they have been conquering planets for eons and have been unstoppable for years. They have one of the largest armies in the omniverse, with over trillions still serving Zalgo to this day. 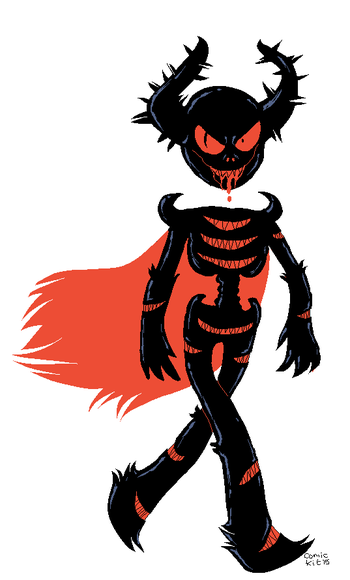 Father of Slenderman and series Big Bad. Zalgo is a malevolent and mysterious entity who personifies the evil and cruelty of the Under Realm. He is the cause of the Great Monster War and Aton' Arch-Enemy. He lives in a palace of tortured glass, served by legions of monsters forged from the tears of the undead, and each one clad in armor carved from the concentrated suffering of grieving mothers. He also is said to live within all mankind, waiting for the thin glass wall within them to crack, so that he may take over. His real name is Z'algatoth and he has a cult of followers who wish to bring about his coming.
The Great Lord

A malevolent, primordial cosmic entity and the source of all evil. It is the almighty creator of both the Under Realm and the Pit. Before it could corrupt the omniverse, Aton and his elite forces arrive to exterminate this great evil. Before it was completely destroyed, a fragment of it escaped and in the depths of an alien planet, turning the planet into the Pit. This is the first recorded Monster to ever exist. 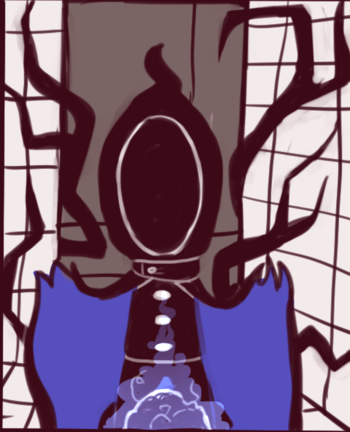 "Hear me... and rejoice. You have had the privilege of having the Great Lord grace your meaningless lives. You may think this is suffering. No. It is salvation. Universal law tipped toward Zalgo because of your sacrifice. Smile, for even in death you have become Minions of Zalgo."

Zalgo's mole, royal advisor, and most proficient henchman. He used to be Slenderman's best friend until Zalgo captured him and removed his memory to crush Slenderman's spirit. 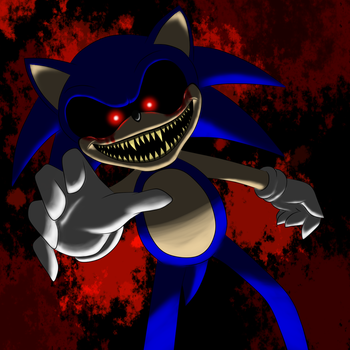 "I AM GOD"
X (also known as Sonic.EXE) is an entity born from dark matter that has taken on Sonic the Hedgehog's form. One avid Sonic fan named Tom received a copy of a classic Sonic game in the mail from his friend Kyle about the possibly demonic CD and that it has to be destroyed. But regardless, Tom decided to try it out of curiosity. As he played, he began to see what his friend was talking about, when the game was bombarded with macabre imagery, with X killing Tails, Knuckles the Echidna, and Dr. Eggman in very horrifying ways. Tom was his next victim after playing it. He was later hired by Zalgo to assist him in his second coming
Steppenwolf

The Minions of Zalgo

The... well... minions of Zalgo. They are the military of Zalgo's empire. Assorted monsters, demons, aliens, mystical beings, and abominations who wish to wreck havoc in the multiverse.
Flame-Head
Also known as Henchmen 23, Flame-Head is one of Zalgo's minions who befriended a little girl and turned good.
Stukka

One of Zalgo's best torturers. His job was to specialize in etiquette, customs, translation, and torture. He's widely considered to be one of the sickest motherfuckers in the Pit.
Flagg