Characters / Pastamonsters Beings Of The Universe 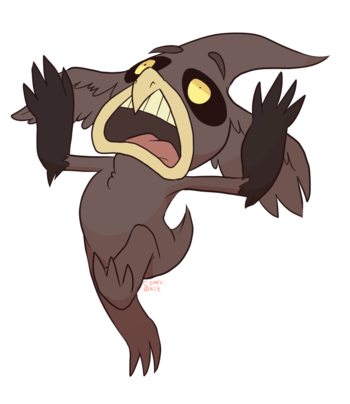 "Do pigeons reflect your thoughts?"
Click here to see him in his previous life (major spoilers).

In 900 BZ (Before Zalgo), Widemouth was once a brave and noble archaeologist, until one-day Zalgo and his forces attacked his land. The man tried to fight back to no avail since there was nothing he or his allies could do to harm Zalgo and his minions. As punishment for his resistance, Zalgo tied him to the side of a pyramid and forced him to watch as he destroyed his home and killed his loved ones. Zalgo then placed a curse on the man turning him into a monstrous abomination as well as making him immortal so he could live forever with his pain and guilt. Finally, Zalgo trapped the man in the depths of the Pit, leaving in despair. After 800 years, Widemouth finally escaped the Pit, with no memory of his past. Now, Mr. Widemouth is a mysterious creature that resembles a Furby. He is very eccentric, zany, and mischievous nutjob and often tries to convince children to harm themselves by playing with knives or playing a game he calls “Suicide”.

"I am Aton, son. I created the multiverse. Please don't blame me. My wife was nagging me and I needed something to take my mind off things."
The creator of reality and leader of the Gods of the Universe.
Aton's Elite

A group of the universe's strongest warriors personally chosen by Aton. Basically, just obstacles to get in the way of anyone seeking to conquer a planet.

The smallest and least powerful member of the Elite, physically. Jil'nor possesses some psychic abilities, including being able to stop time for as long as he can hold his breath; this seems to be one of the primary reasons he has attained membership to the Elite.

The most flamboyant member of the Elite, seen striking poses more often in battle than the others themselves, and generally behaving in a deceptively goofy manner. That being said, he's still a large, muscular being who gives foes a hard time. He's also a very well-known professional wrestler hailing from the U.W.E (Universal Wrestling Entertainment).

The self-proclaimed fasted being in the multiverse.

The Ace of the Elite, Cronos is the strongest member of Aton's Elite, even stronger than the Elite's leader, Hera. He is literally made an entire universe.

The captain of the Elite and potential candidate for the Goddess of Protection. Her strength is second only to Cronos and he has an enchanted sword capable of killing gods.
The Time God
A God that controls time. He enjoys teaching others about the concept and importance of time, and he does this rather forcefully.
Barney the Dinosaur 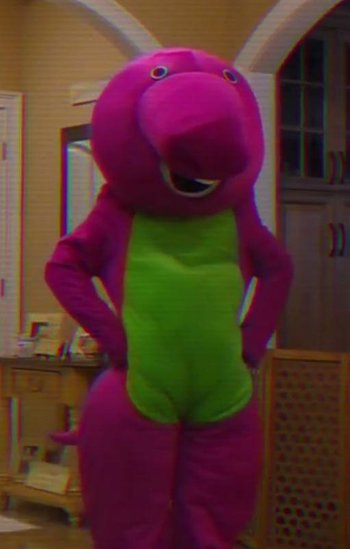 Santa Claus, also known as Saint Nicholas, Kris Kringle, Father Christmas, or simply Santa, is a legendary figure originating in Western Christian culture who is said to bring gifts to the homes of well-behaved ("good" or "nice") children on Christmas Eve (24 December) and the early morning hours of Christmas Day (25 December).
Mona